Everybody loves seahorses. Who can resist their pretty horse-like heads, multicolors, and long, curling tails? Mythological stories of mermaids riding these half-fish/half-horse creatures abound. Artistic renditions of seahorses are common in ancient Greek and Roman history, as a water God could only be carried by a horse of the sea. Like a unicorn, seahorses are loved for their seemingly imaginary qualities- except that they are real.

To make these seemingly make-believe creatures even more interesting and alluring, seahorses are thought to mate for life- not to mention their unique reproduction methods. Female seahorses are the envy of the rest of the Earth’s females. They have somehow passed over pregnancy to the males. That’s right, male seahorses give birth. What’s more mythical than that?

Researchers estimate there are around 50 species of seahorses through the Atlantic, Indian, and Pacific oceans. All are members of the genus Hippocampus, or “horse sea monster” in ancient Greek. Most species prefer tropical and temperate waters close to shore including seagrass beds, mangroves, and coral reefs. Although there is at least one species of pelagic seahorse (Hippocampus fisheri) that is found free-swimming where the ocean is thousands of feet deep. 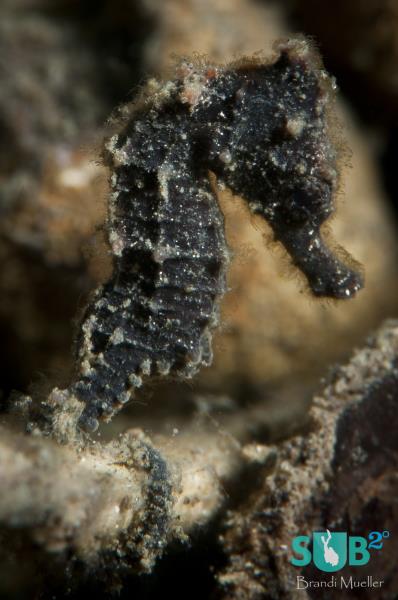 Seahorses come in many sizes and colors, the smallest being the adorable pygmy seahorse, which is about the size of a pinky fingernail (15mm). These tiny creatures were only discovered a few years ago when they fell off a sea fan that researchers were bringing up.

They blend in so well within their homes that at least six species of pygmies have been found on several types of fan corals, gorgonians, and seagrass. On the other end of the spectrum, one of the largest seahorse species is Hippocampus abdominalis, which can grow up to 35cm.

Seahorses are bony fish without scales. Instead they have a series of ring shaped bony plates with thin skin stretched over them. Much of their movement is propelled by small pectoral fins located behind their eyes, and they have a dorsal fin on their back. They don’t move very fast and often use their prehensile tails to hold onto things like seagrass, coral, or debris underwater. Most species have been found to be territorial and the males stay quite close to home.

For the most part, seahorses are thought to mate for life. The same pair will stay together throughout a breeding season, and the same pair is usually found year after year. After courtship, once the male is pregnant, the female returns to him at least once each day. 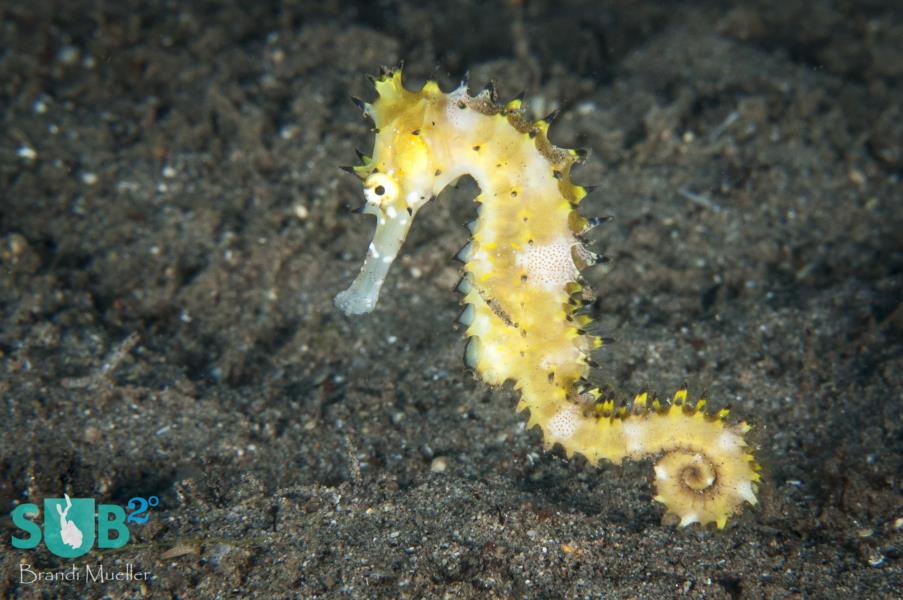 Seahorses are known for their elaborate courtships before breeding. The seahorse couple will swim along next to each other, holding tails- I like to think the females make the first move. They change color for each other and sometimes ‘dance’ together in circles. Just before mating, the couple rises above the seafloor and the female deposits her eggs into the male’s pouch. Some days later the male will give birth.

Continuing with the mythical theme, seahorse males get pregnant (so do their pipefish and sea dragon male cousins). Depending on the species, the eggs take 9-45 days to hatch. It’s usually quite easy to tell the difference between a female and a pregnant male, as his pouch gets very large and shows quite the baby bump.

While giving birth, the male seahorse has muscular contractions and fully developed (but tiny) baby seahorses come out of the pouch and float away on the current. Some species give birth to as many as 200 babies at one time! 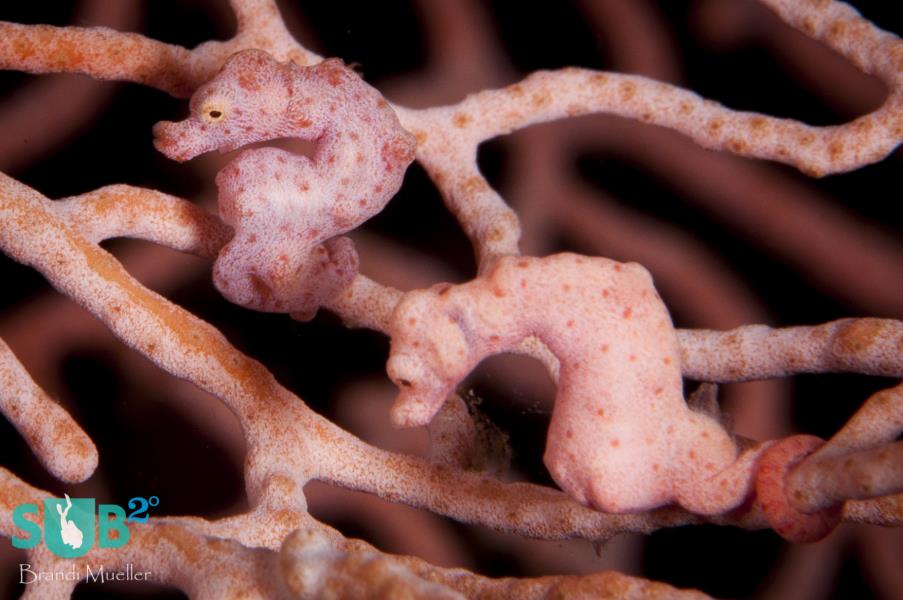 On Threats to Seahorses

Like so many creatures in the ocean, seahorses are also threatened. One of their biggest issues is that seahorses are being loved to death. The aquaria and souvenir trades take millions of seahorses out of the ocean yearly, for fish tanks and to be dried and sold in the same way shells.

Seahorses are also a popular traditional Asian medicine. Most of the time they are ground up and used in pills or powder form, which is thought to help with kidney health, invigorating the blood and promoting labor. There is medical or scientific support to these ideas.

Seahorse habitat is also at risk in the same ways the entire ocean is threatened: destruction of coral reefs, too much development, climate change etc. which devastates their homes.

There is hope for seahorses, as captive breeding programs have taken off in recent years. Seahorse farms are becoming popular, and it’s easy (and often cheaper) to buy seahorse pairs for aquariums that were born and raised in captivity. Farmed seahorses also live longer in tanks than those taken from the wild.

These fish farms could alleviate some of the pressure of removing seahorses from the ocean and supporting the aquaria, souvenir, and even the Asian traditional medical trade.

Scuba for Change - we are going Live!