A soft and hard coral sanctuary with unrivaled visibility, the Egyptian Red Sea teems with endemic fish species and is undisputedly one of the world’s top dive destinations. The stark contrast between the arid, desert landscape and the vibrant oasis of color that unfolds down below will continue to amaze you each and every single time you begin your descent. From shallow coral gardens, to dramatic drop-offs, caves, lagoons, and wrecks- diving Egypt is everything but monotonous. At first glance, selecting your port of call may seem like a daunting task due to the sheer abundance of choice. Many divers will be delighted to dive the Northern waters around the Sinai Peninsula resorts, while more experienced divers might prefer heading to destinations further down South along the coast, near the towns of Hurghada and Marsa Alam. 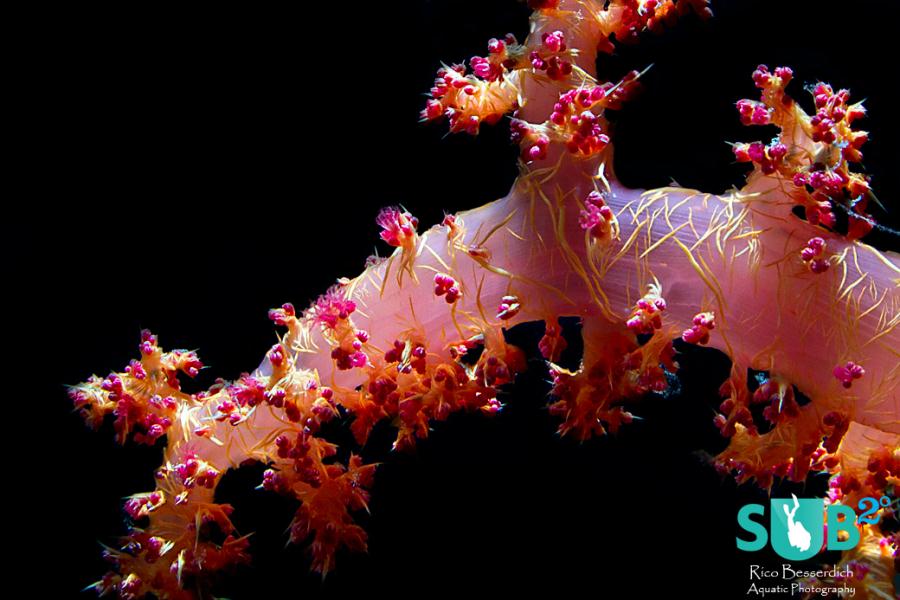 Select your destination and book your flights to the nearest international airport (Sharm el-Sheikh International Airport or Hurghada International Airport), as domestic flights in today’s Egypt are limited, and will account for long lay overs. You will also want to avoid road travel, which is slow and bumpy at best due to aging, uncared-for infrastructure. Most resort-based dive sites will be accessed by a short boat ride whether you are up North in Sharm el-Sheik, or down South in the vicinity of Hurghada, and either route has got the goods to keep you busy underwater from three days up to a week. Liveaboards are highly recommended and remain the best option for those that want to see the most, with the added advantage of avoiding the crowds which are often found around Egypt’s resort-based dive sites and are one of the turn-offs of the Red Sea. 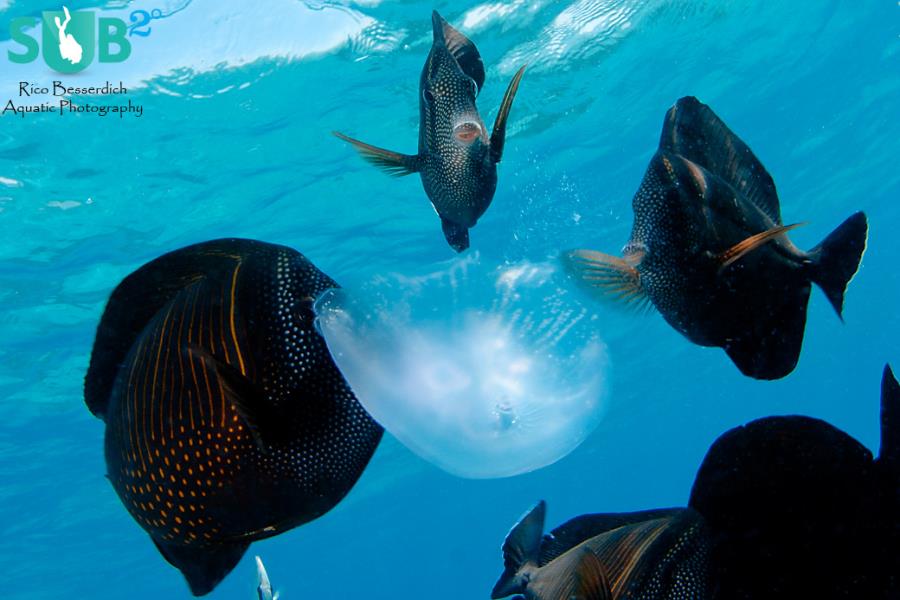 The climate is arid (hot days, cool nights) with year-round warm temperatures ranging from 99°F to 68°F in coastal areas, and two single seasons, summer (June to September) and winter (October to May). Boasting an average winter water temperature of 75°F, the Red Sea is one of the world’s warmest seawater bodies, so don’t be put off by the cooler winter air temperatures, and plan your Egypt dive trip for the milder months (September through November and April through June in particular). You will avoid scorching summer temperatures but still enjoy warm beach weather and comfortable diving. 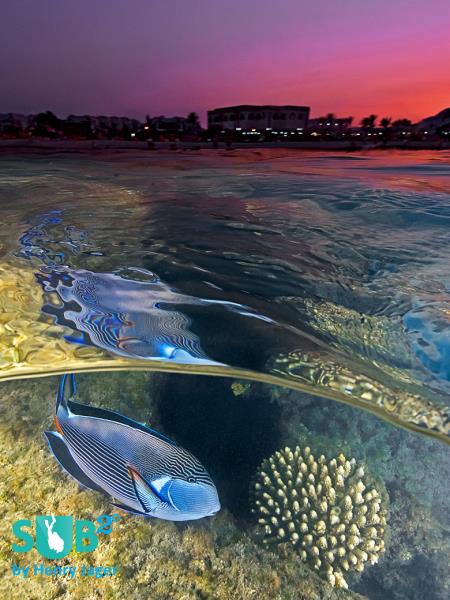 The magnetism of Red Sea diving resides in its versatility. It can be the calm pool where open water divers learn to log their first dives. It harbors more wrecks than can be explored (due to dense boat traffic through the Suez Canal). And it still hides diving spots (and of these, there are many) to stun even the most jaded divers. 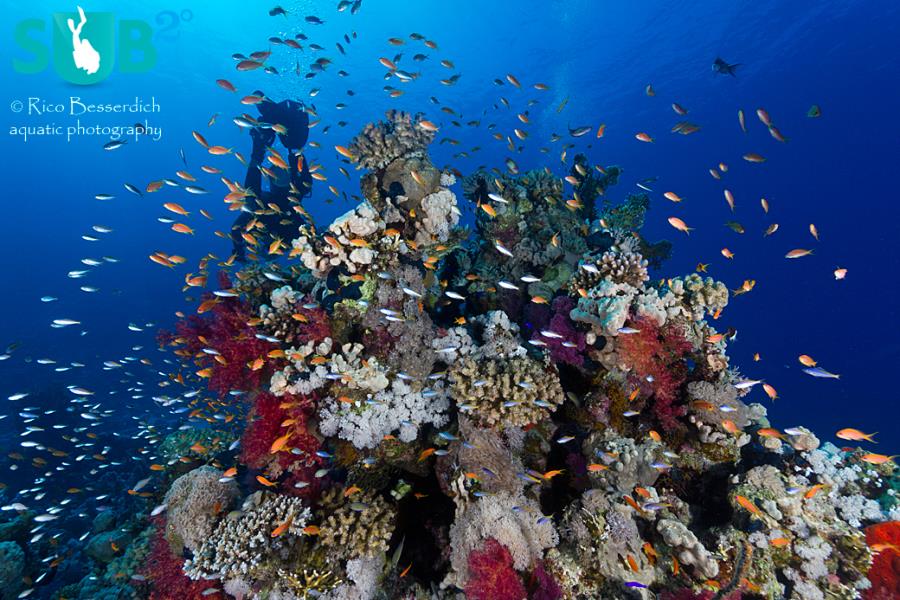 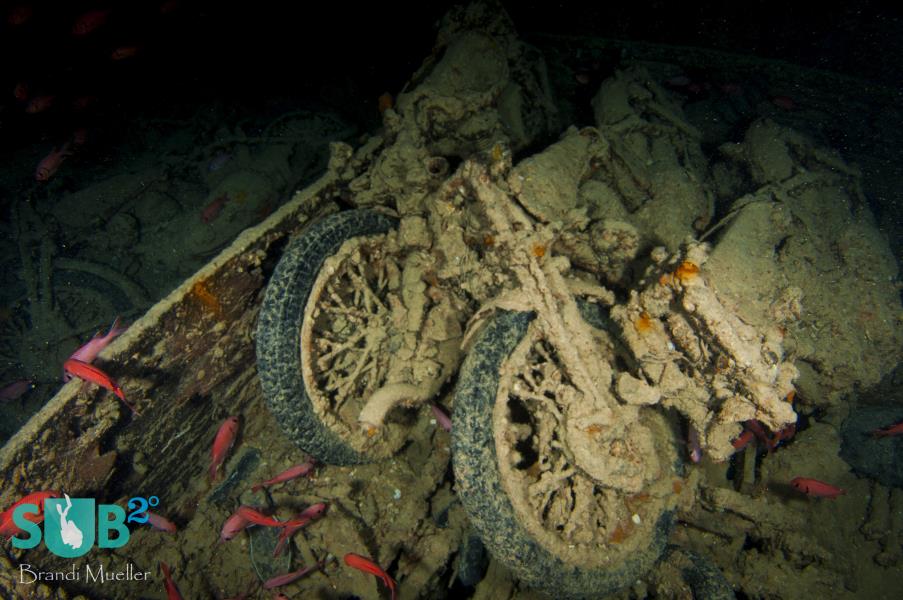 This is the wreck site of a 400-foot WWII British cargo vessel that was sunk in 1941 by German bombers as she waited to enter the Suez Canal. The bottom of the vessel came to rest at a depth of 100 feet. It was discovered and explored by Jacques Cousteau in 1955, then lost again. The sheer size of the vessel is impressive enough until you explore her holds -ripped open by explosion wholes- to find a cargo of military gear: Milford cars, Bedford trucks carrying BSA motorcycles, airplane parts, ammunition, rifles, radios… Boat daytrips are usually organized from Sharm el-Sheikh and planned for two descents (orientation) and (penetration) with the option of a third. 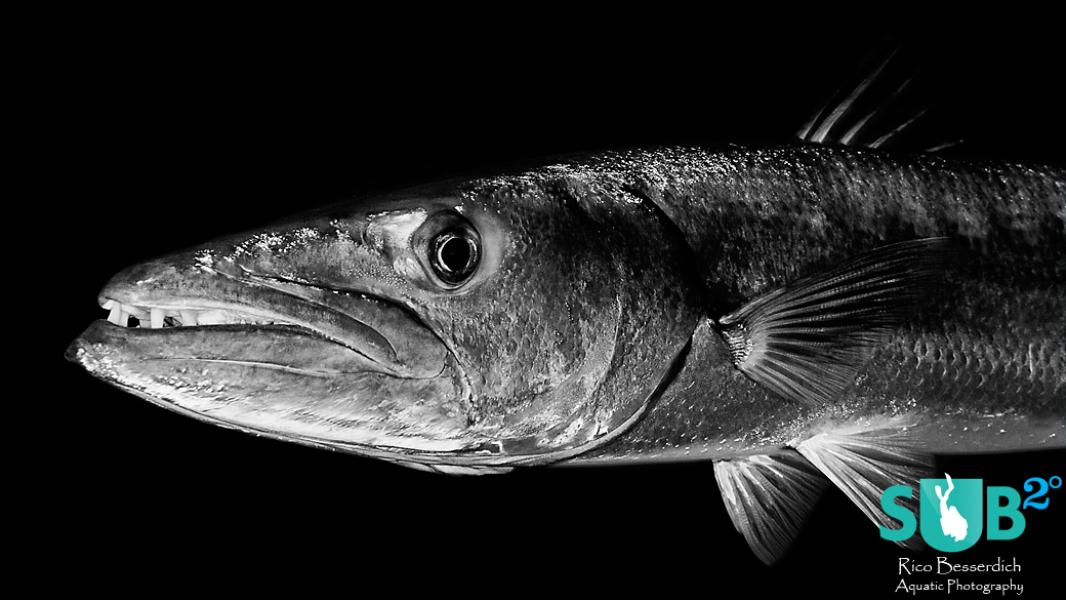 Mantas, turtles, barracudas, big tuna, schools of snappers and jack fish, accompanied by white tip-sharks, hammerheads, grey reef, silver-tip, thresher sharks and the occasional moonfish are just some of the fish you will list in your dive log’s Brothers entries. These two islands (Big and Little brother) lay about 95 miles Southeast of Hurghada and are arguably the top Egyptian dive site. You can dive in about twelve different areas, and with the exception of two wreck sites most of the diving is dramatic walls with ripping currents. 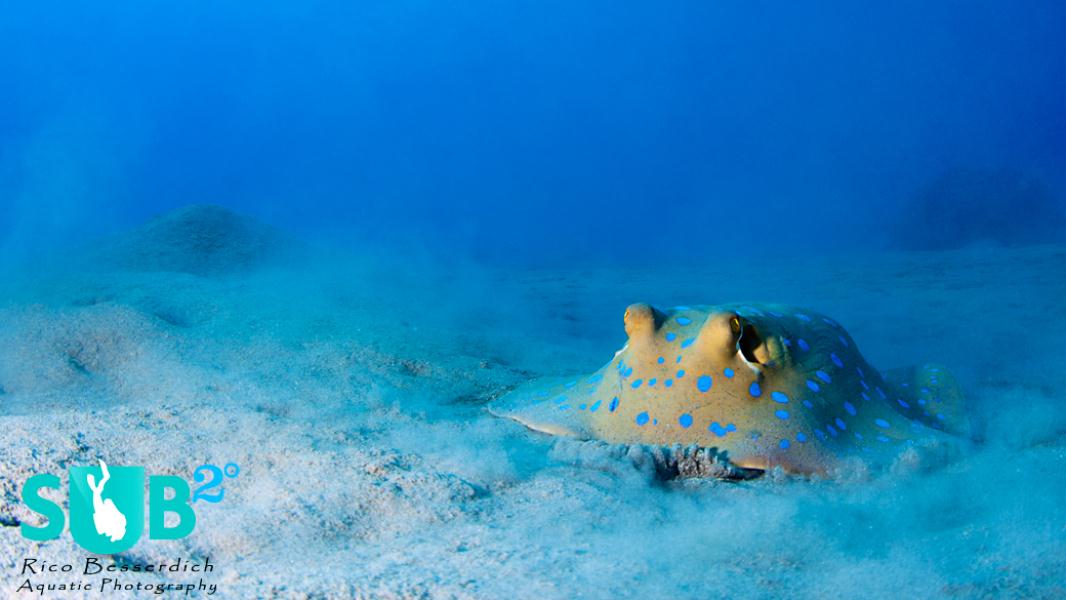 An excellent dive site on this sandy bay with seagrass where you will have the chance to spot dolphins, whitetips, hammerheads, and the infamous dugong. Beginners will feel at ease as there is no current, and depth is shallow, reaching a mere 53 feet at its deepest part. It is located 18 miles Northeast of Marsa Alam, and most dive operators organize boat trips to it daily. Sign up for the earliest one, as diver and snorkeler pressure can be high, especially in the summer months.

The dynamite combination that is Egypt’s cultural allure, sandy white beaches and year-round warm temperatures has drawn increasing tourist numbers to the Red Sea during the last three decades. International airports, hotels and resort towns have sprawled up along the coastline, engulfing old fishermen villages, and drawing locals en masse to work the hospitality industry. The high water mark was 2009, after which the instability of the Arab Spring insurgence and the regime change halted the flow of foreign investment and dramatically reduced tourist numbers, making inter-resort competition fierce. In many ways, this has meant survival of the fittest, swim or sink for hotels, dive shops and dive clubs alike, with only the best ones left standing. 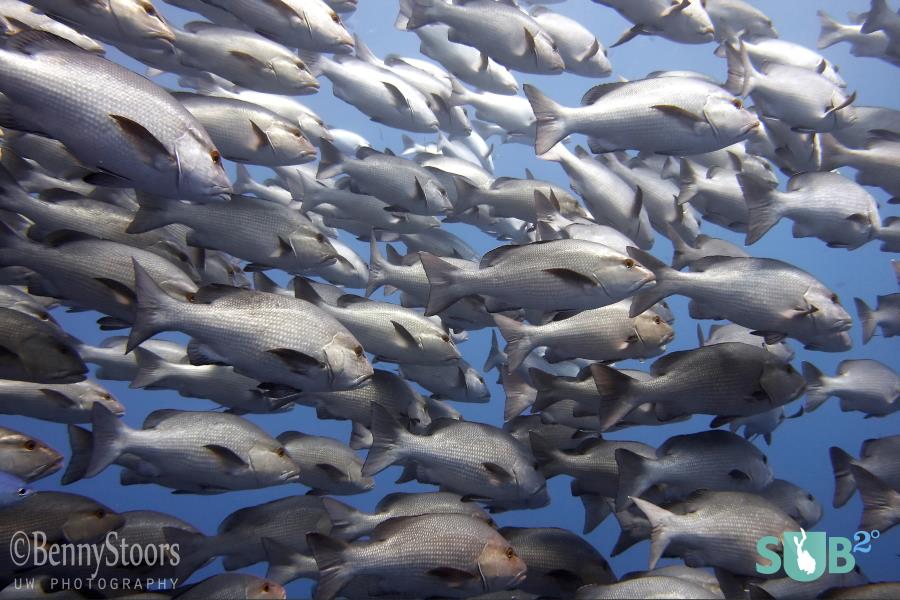 One of the names you will hear everywhere is Emperor Divers. This PADI center has been awarded the ‘Padi Excellence in Dive Centers Award’ and has opened up shop in five different resort towns since 1992. Emperor will cater to your every need -from gear rental, to a full-blown professional training program- and cover all that diving Egypt has to offer, including a large range of liveaboard packages to choose from. They will even arrange your hotel and help you with your flight if you let them.

The Red Sea Diving College PADI center in Sharm el-Sheik is another Red Sea giant, five-time winner of Diver Magazine’s Dive Centre of the Year. They cover a plethora of local dive sites, as well as all the highlights nearby (among others the straights of Titan, the Thistlegorm and the Dunraven wreck, near the Ras Mohammed National Park). If you are fresh off the plane and don’t know where to begin, rent yourself some gear and check out their house reef just a short swim away from the beach to wet your appetite. 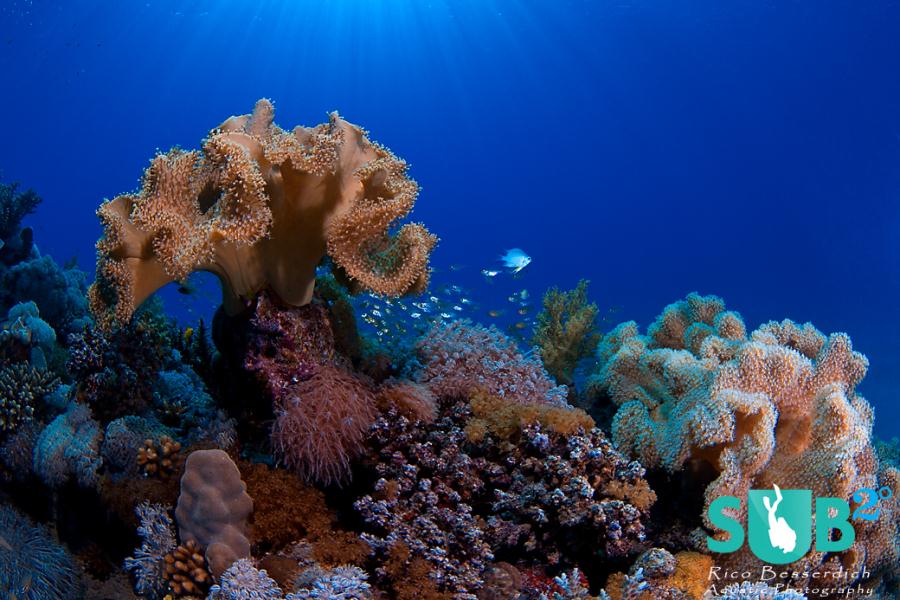