Diving Subic Bay is kinda like your favorite fishing hole, you are not really sure that you want to tell others about it. Subic Bay is located about two hours north of Manila in the Philippines. While the Philippines is know for great reefs, outstanding visibility, remote dive sites, white sand beaches, whale sharks and world class drift dives, none of that describes the diving at Subic Bay. Even the Philippine's Department of Tourism does not list Subic Bay as a top dive destination. 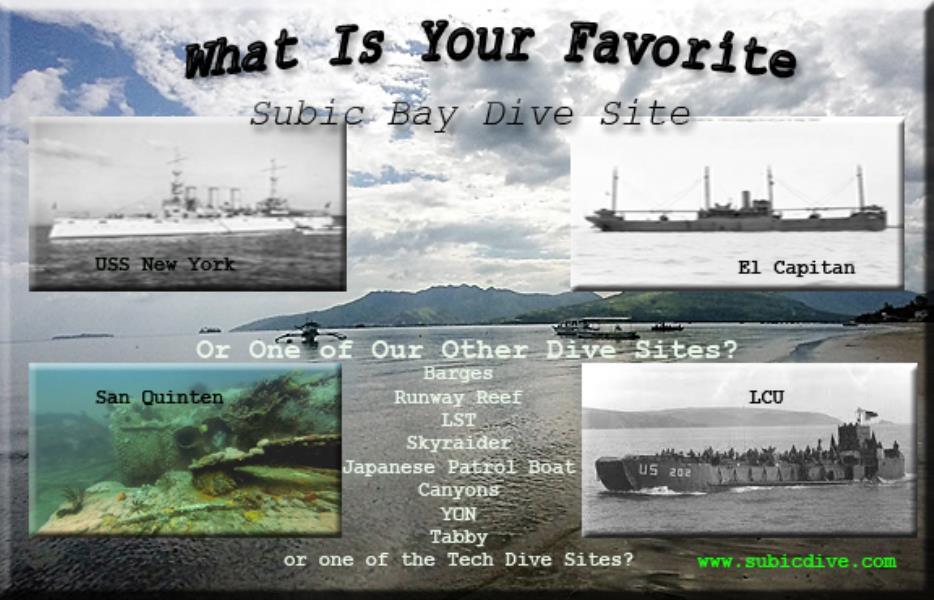 With an introduction like this, you might be wondering why I am even writing this. Simply, Subic Bay has some of the most accessible wreck diving in the world. There are wrecks for both recreational and technical divers, Subic is one of only two locations in the Philippines that offers tec diving. Subic Bay is a deep water bay, the mountainous Redondo Peninsula separates the bay from the South China Sea/West Philippine Sea.

The area around Grande island at the southern end is considered by most the mouth of the bay and is 5 kilometers wide with the island near the middle. The area to the east of the island is mostly a shallow reef, while the west side has a deep channel averaging 65 meters that leads into the bay. Other than a few deep tec dive sites, all the dive sites are east of of the channel. From the north end of the bay to Grande Island is 12 kilometers, however, Lighthouse reef, located 6 kilometers north of Grande Island is the northern most dive site. The average width of the bay is about 6 kilometers with its widest being at the port of Olongapo at 12 kilometers. Within this small area we have a dozen ship wrecks all good for recreational divers, some of those are also outstanding tec dive sites plus another half dozen that are tec only. There are also some additional secondary sites that are not dived as frequently, which includes my favorite. There are a half dozen full time dive centers that have years of experience, and from any of them to any dive site is less than 20 minutes. Here are a few of the most frequently dived wrecks: 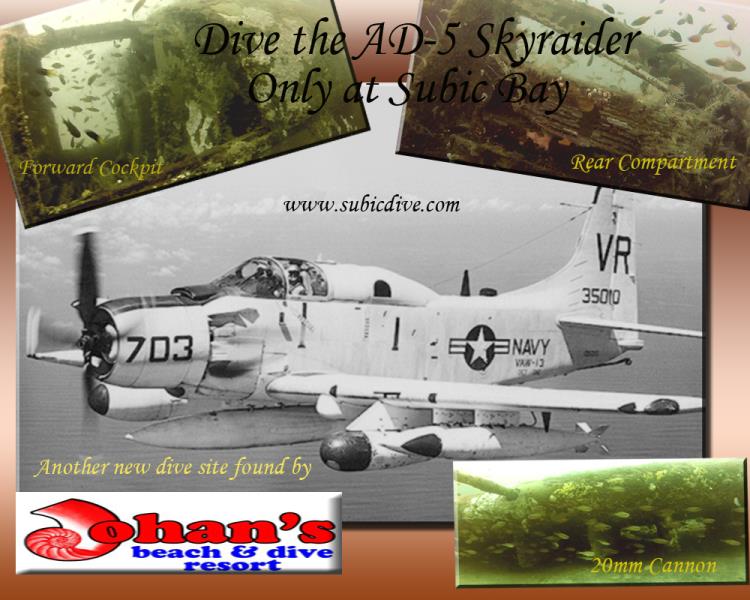 These are just a few of the wrecks at Subic Bay. So the question rises why is the bay not more popular. The visibility is a challenge at times and while there are some good reefs they do not measure up to the open water reefs. The only time there is a current is at tide change and it is mild. This is one of the causes of the poor visibility, it also means no drift dives.

Why does the Department of Tourism not support Subic as a dive destination? The Subic Bay area with the Subic Bay Freeport Zone, the City of Olongapo and the town of Subic has a strong tourism presences. It is the leading domestic tourism destination for short holidays and weekend trips, It is in the top three for domestic tourism overall, it is the leading destination for conferences outside of Manila and in the top 5 for international tourist. DOT said Subic does not need our help and other dive destinations only has diving as a means to get tourist.

If you love wrecks you will love Subic Bay. If you are traveling with someone not a diver remember that Subic is a leading tourism destination.