Scuba diving off the Mediterranean island of Cyprus may not be on your top 10 list of best locations in the world, but do not underestimate its exotic beauty. Visibility is not a problem- reaching around 100 feet or better - nor is the water temperature.

The waters of the Mediterranean around Cyprus reach about 80 degrees F or higher in July. There are countless wreck dives, both modern and ancient, and ancient settlements and artifacts off its coast that are worth exploring.

You can enjoy diving off Cyprus year round; in the winter months of November through March you may be more comfortable in a dry suit, with water temperatures dropping to around 65 degrees F.

This is a place of ancient ruins, ancient ways, and unfortunately, ancient wars. However, Cyprus is considerably safer to travelers than most of the hyped-up news media would have the average tourist believe. 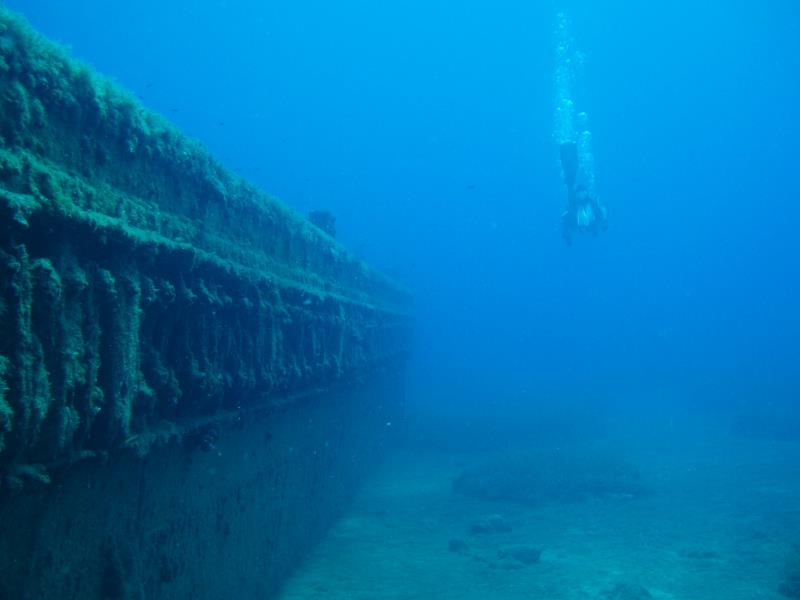 There are many caves, walls, and reefs that line the jagged coast of Cyprus. The eastern shore has many established dive sites, as does Larnaca and Protaras, north of Larnaca Bay. Scuba divers can explore the famous wreck of the Zenobia in Larnaca Bay and, with any luck, come across ancient stone anchors and amphoras (a container used to measure bulk or liquids in Roman times), dating back as far as 400 BC.

Also, if you are lucky, you will drift over an ancient artifact that human eyes have not held for hundreds of years. There is a strict policy to ‘look and don't touch’ artifacts, and the local dive instructors, ship captains, and the Cyprus Government take this concept very seriously.

The climate is typical of Mediterranean islands; warm and dry with clear starry nights, and brilliant blue skies in the day. The winters are mild and great for getting away from the harsh northern winters.

There are many resorts, hotels, and great restaurants in most villages- a great mix of Mediterranean and Middle Eastern cuisine. There are many tourist opportunities especially along the seaboard. English is widely spoken throughout the island.

Cyprus is a great place for beginner scuba divers to really get their fins wet in an exotic location that offers mild waters temps, clear water, and relatively weak currents in many places. Cyprus is also a great place to explore wreck diving and get practice or certification at some of the best wreck dives, accessible in less than 100 feet of water. 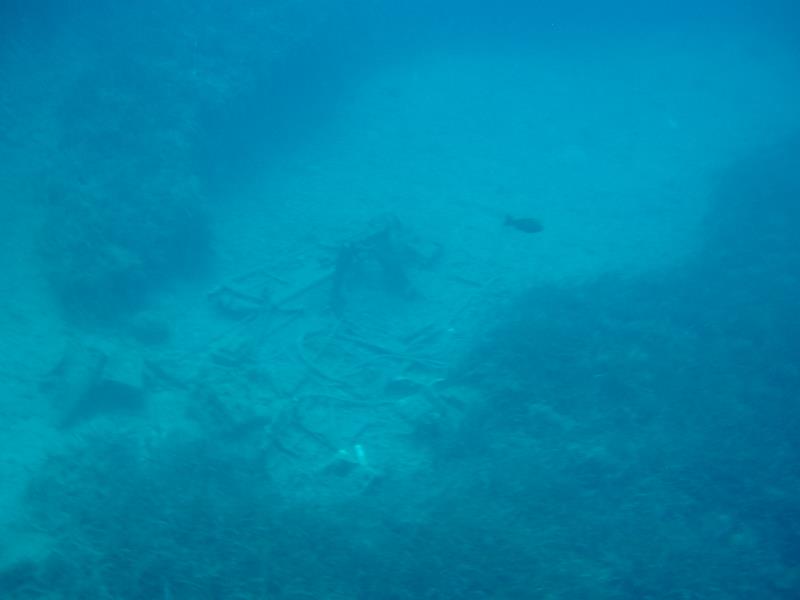 The wreck of the ferryboat Zenobia is a classic and popular dive site in Cyprus. The Swedish vessel sank just 10 miles from Larnaca's busy fishing harbor on the southern coast of Cyprus, and has a strange story worth investigating.

The Zenobia is often referred to as one of the top wreck dives in the Mediterranean and around the world. This is due to its relatively shallow depth (50 feet), ideal for recreational scuba diving, and the way the 584 feet long boat is lying on her side, accessible and easy to explore. Zenobia sank on her maiden voyage in June of 1980. Her cargo is still scattered around the wreck and is a favorite of her scuba fans.

Another wreck dive worth exploring is The Champagne Wreck, also found in Larnaca's harbor not far out from the Zenobia. The Champagne is a Russian Yacht perfect for training dives and home to small marine residents such as Moray eels that live in the boat’s funnels.

Along the northwest coast of Cyprus, the mainland points out into the Mediterranean Sea, as pointy Akamas Peninsula. Off the tip, called Cape Arnauti, is the island of Mazaki, and looking east towards the mainland is the vast Chrysochou Bay.

There is a dive site known as St Georges Island Wall, where beginners and advanced divers enjoy descending along a wall that flattens out into seabed at a depth of around 100 feet. The visibility in this remote location is exceptional, ranging from 65-100 feet. 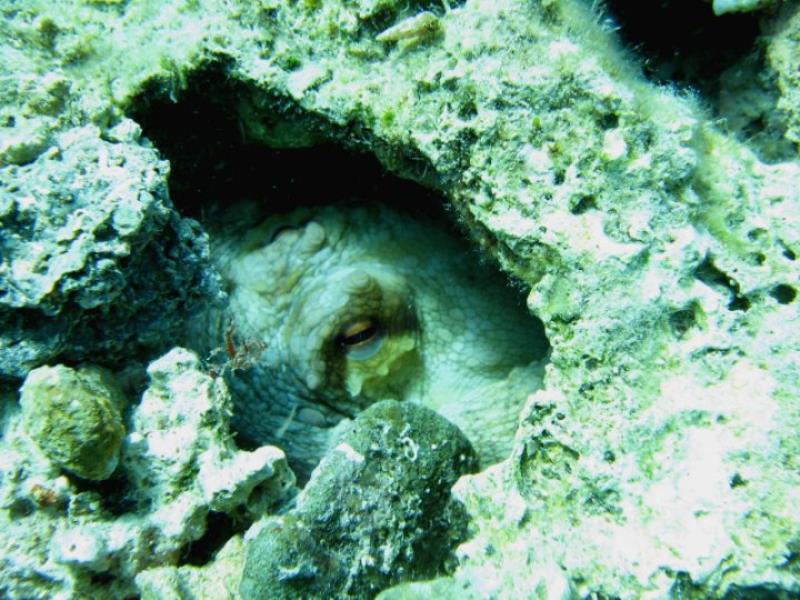 The peninsula itself and the surrounding waters is a park called the Akamas Marine Reserve. Marine life here is more abundant, relative to most of the rest of Cyprus. While diving in Akamas Marine Reserve, there is a good possibility that you will swim with Green and Loggerhead sea turtles, large black grouper, and barracuda, to name a few of the common underwater inhabitants.

Along the eastern coast you will find Pissouri Bay, home to the dive site Jubilee Shoals. This world-class dive site offers a wall that drops to 200+ feet, and there lies what is left of an airplane that crashed years ago. This dive site is excellent for advanced and technical scuba divers and offers good-to-great visibility.

Traveling north from Pissouri Bay along the eastern shore of Cyprus is a great length of shoreline, ideal for scuba and offering many established dive sites. The dive sites are basically due east of the town of Peyia.

To the north of this zone is the dive site known as The Sea Caves that lies just offshore, and then Manajin Island, just 500 feet further offshore from the Sea Caves site. Moving further south is The Channel, and further still is Dinosaur Bay. 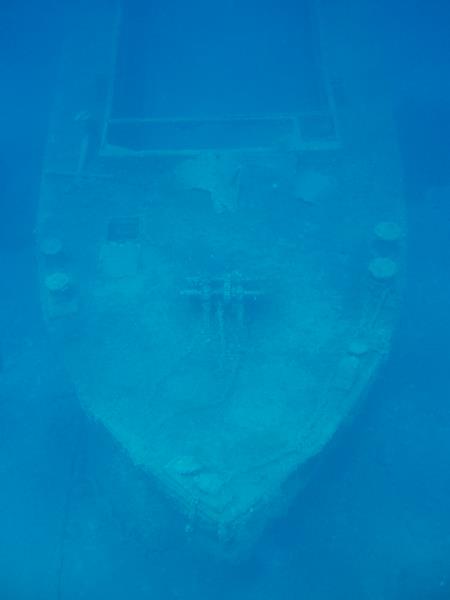 There are many areas yet to be explored or only known to the local dive shop operators who explore these waters on a regular basis. The visibility is high, water is warm, and if you are lucky, you will spot one of the ancient artifacts such as an old anchor on the bottom of one of Cyprus' many rocky points and bays.

The capital city of Nicosia was originally the site of the country's major airport but it has no longer been functional since 1974, due to Nicosia’s location on the UN buffer zone separating Cyprus from the Turkish administered area north of the island.

The Larnaca airport is a major hub between the Middle East and Europe, and many airports in the greater Mediterranean region offer direct flights into Larnaca. The Larnaca area is a great place to fly in for scuba divers, as it is close to many of the popular wreck dives in Cyprus. 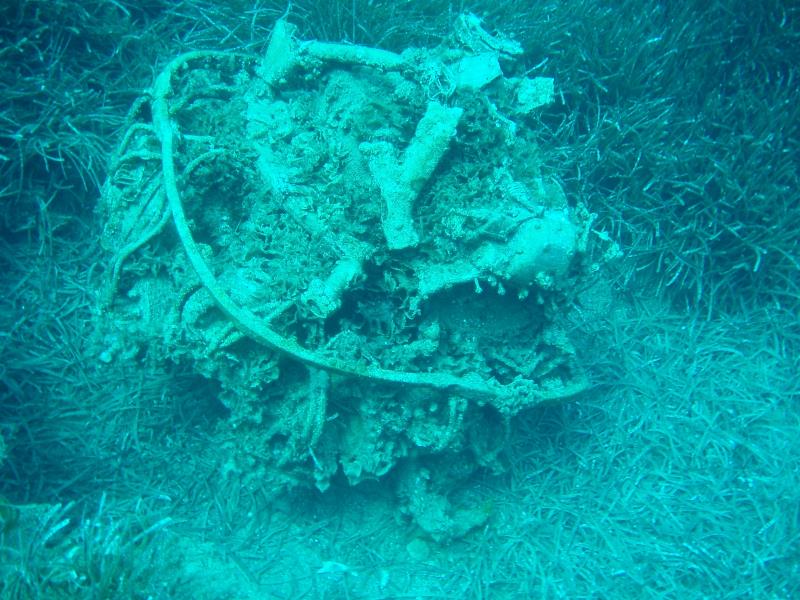 Once upon a time, passenger ferries from the Greek Mainland brought people to and from the southern part of the island. Today, the only ships that port off the southern portion are cruise ships. There are still ferries that go between the mainland of Turkey and the northern portion of Cyprus. Tourists are free to pass between the northern and southern buffer zones of the island, if they present proper passports and cross at designated points.

They also specialize in training divers for wreck and deep dive certifications. The dive shop also offers water sports rentals, jeep and boat safaris, and more. Alpha-Divers is another Larnaca scuba shop that brings divers out to the Zenobia, and offers local dives and day excursions along the southern coast of Cyprus. 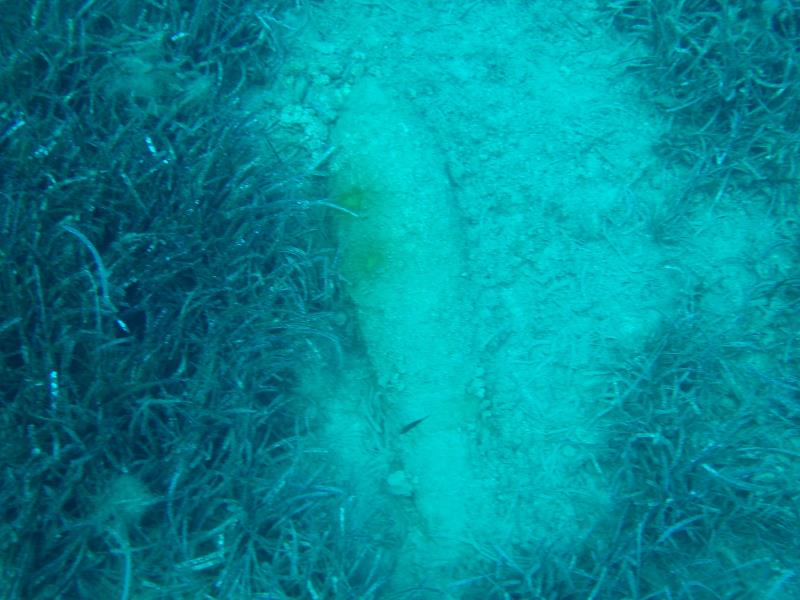 Go north up and around the coast from Larnaca and you will arrive in the resort paradise and scuba dive mecca of Protaras. Check out what the dive shop Easy Divers has to offer. The shop offers dive trips and course instruction for beginners all the way up to technical dive certification instruction.

The area around Protaras and Ayia Napa in Cyprus offers some of best beaches and the best shore diving in Cyprus and the Mediterranean. There are huge sponges, abundant marine life, and caverns and pinnacles to explore when you book a trip with Easy Divers.

They also bring divers out to the Zenobia wreck dive back in Larnaca harbor. Another dive shop to check out near Protaras is Windmills Diving Center, located in the smaller town of Pernera on Cape Greko. They also visit the Zenobia and local reefs and caves. 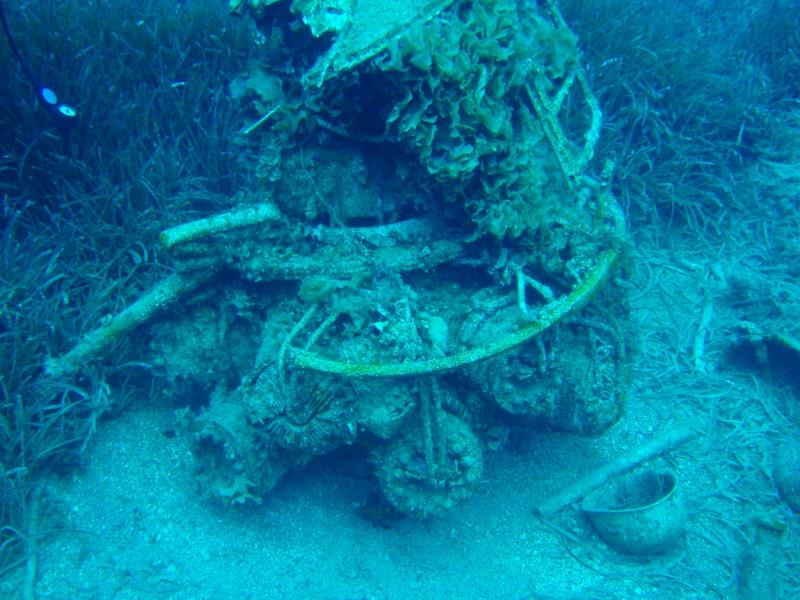 Travel east of the Larnaca area to the extreme eastern coast of Cyprus to visit Pissouri Village and Pissouri Bay. The dive shop Cyprus Diving Adventures in Pissouri offers some great dive sites right there along the coast. The infamous advanced wall dive site Jubilee Shoals is a great place to start an out-of-the-way scuba vacation in Cyprus.