Home Comb Jellies: The Lanterns of the Ocean
0
2

Sea gooseberries (genus Pleurobrachia), sea walnuts (genus Mnemiopsis) and the Venus’ girdle (genus Cestrum) are just a few of the species that together form the group of gelatinous zooplankton, the Ctenophores. Comb jellies, as they are more commonly known, have a circumglobal, oceanic distribution, meaning that they occur worldwide throughout the open ocean.

They are transparent, diploblastic, radially symmetrical hermaphrodites that reach about 2 cm in length, although some species have been recorded of up to 2 meters.

Ctenophores are carnivorous and act like the oceans little vacuum cleaners, feeding on plankton, copepods, small crustaceans, and fish larvae & eggs. Many species capture prey using surface mucus that is transported to the mouth via the cilia. 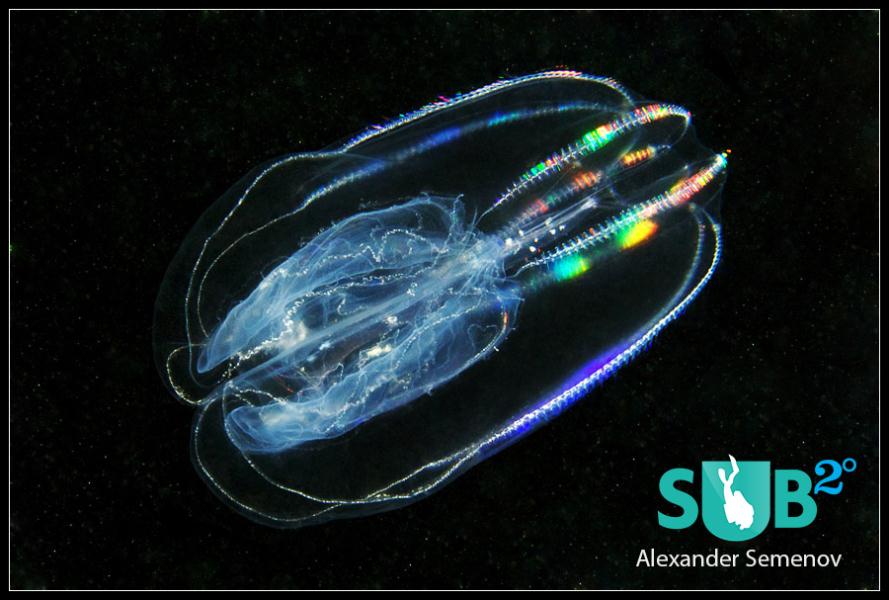 Some species such as Pleurobranchia, make use of colloblasts, which form a net-like structure for capturing prey items. Others, such as Beroe jellies, use their large mouths to swallow large prey whole, and in some cases, even consume other ctenophores!

The morphological similarities between comb jellies and jellyfish have left many ocean lovers fearful of getting stung, when in actual fact they are completely harmless to humans.

Comb jellies (Ctenophora) differ from jellyfish (Cnidaria) not only in phylum, but also in their distinct structural traits, including eight rows of ciliated plates for locomotion, the absence of tentacles around their mouth area, an aboral sense organ and colloblasts (sticky cells) instead of nematocytes (stinging cells). 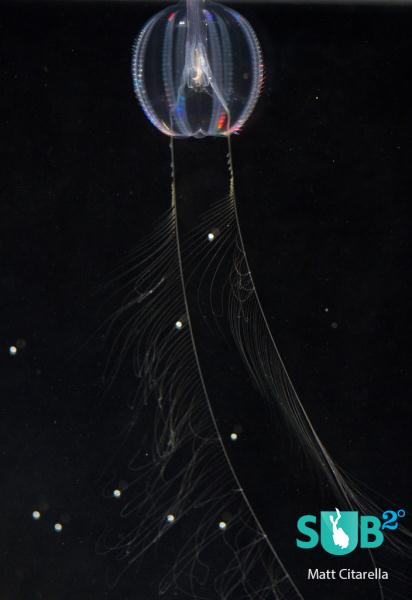 Furthermore, comb jellies are unique from other animals, as they are the largest animals to use cilliary movements as a sole means of locomotion, besides being planktonic, meaning they drift along the ocean currents.

The eight comb rows that run longitudinally down the length of the animal comprise of thousands of parallel-fused cilia that beat synchronously with a metachronal wave, allowing the animal to propel itself through water.

The comb plates also act as diffraction gratings, splitting and diffracting the light from the sun, resulting in a magnificent spectrum of shimmering colour on the surface of their transparent bodies. Many ctenophores are bioluminescent and also produce light through protocytes, located underneath the comb rows.

These animals become truly mesmerizing when darkness falls over the ocean waters. At night, the iridescent cilia transform the comb jellies into glowing blobs of drifting light that illuminate as soon as boats or divers disturb them, bedazzling the ocean surface with multi-coloured radiance, like china lanterns drifting off into the night sky.