When you come face to face with a frogfish for the first time, you will probably be rather confused, not knowing whether you are looking at a land animal, a fish, or some alien. Some may wonder whether this creature would be better fit in a horror movie than on the seabed. 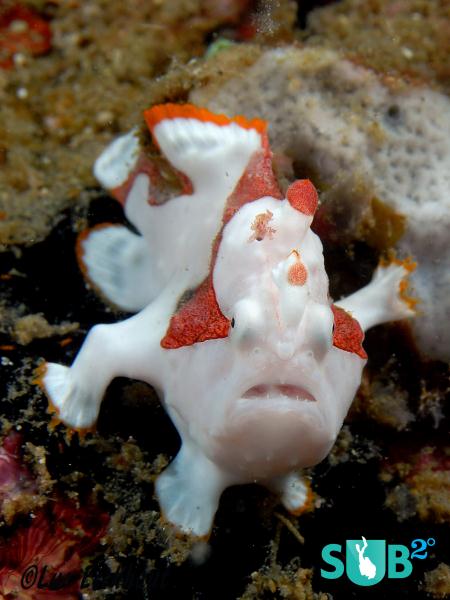 Regardless of this, many divers, especially underwater photographers, have a particular interest in this creature, not just because of its extravagant appearance, but mainly due to the wide variety of its color, size and morphology. Frogfishes are not good "swimmers", and live mainly on the ground like stonefish. 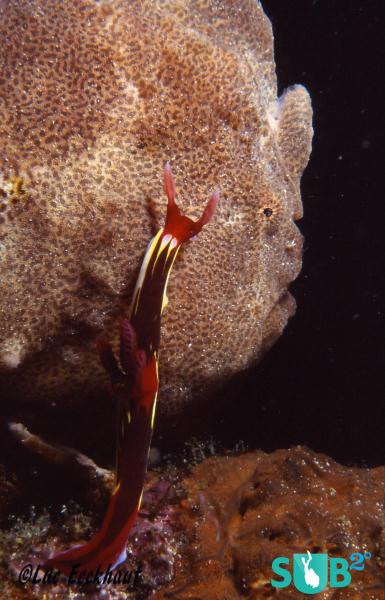 Their pectoral fins are very similar to legs, and are used to walk over the ground. Really, they just swim over small distances, and in a very funny way. Sometimes, they can take a very quick “jump”, by sucking a large amount of water through their mouth and emitting it suddenly through their gill openings. 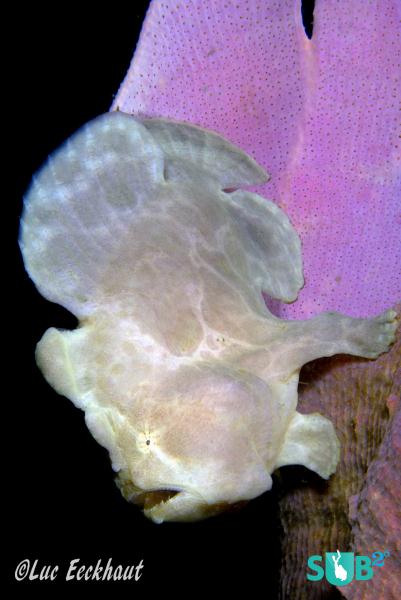 Frogfishes are masters of camouflage, making them very difficult to spot. They can quickly change from one color to another, depending on the environment in which they dwell. Also by using wrinkles, spots, or stripes, they make it difficult to distinguish them from a rock, piece of coral or colorful sponge. Despite their terrifying attitude, frogfishes are not poisonous or aggressive, and are easy to approach. 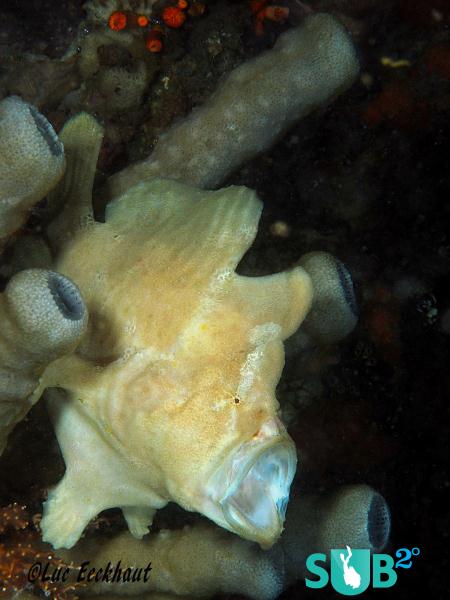 Apart from their perfect camouflage techniques, they also have a very interesting way of eating.The frogfish is a fish eater, and because he is no fast agile hunter, he has to outwit his prey in a different way. He cleverly lures small fish, crayfish, or shrimp towards himself through his "rod" or “lure”.

This projection, which is in fact a modified vertebra, is situated above the head. Sometimes his “rod” looks like a moving fish, shrimp or a twisting worm, depending on the prey he wishes to attract. As soon as his prey is within range, the frogfish opens his mouth rapidly and sucks it in.

This happens so fast that only through a slow motion movie recording can someone see this action clearly. His mouth can open so far that sometimes a prey of the same size as the hunter himself can be swallowed. 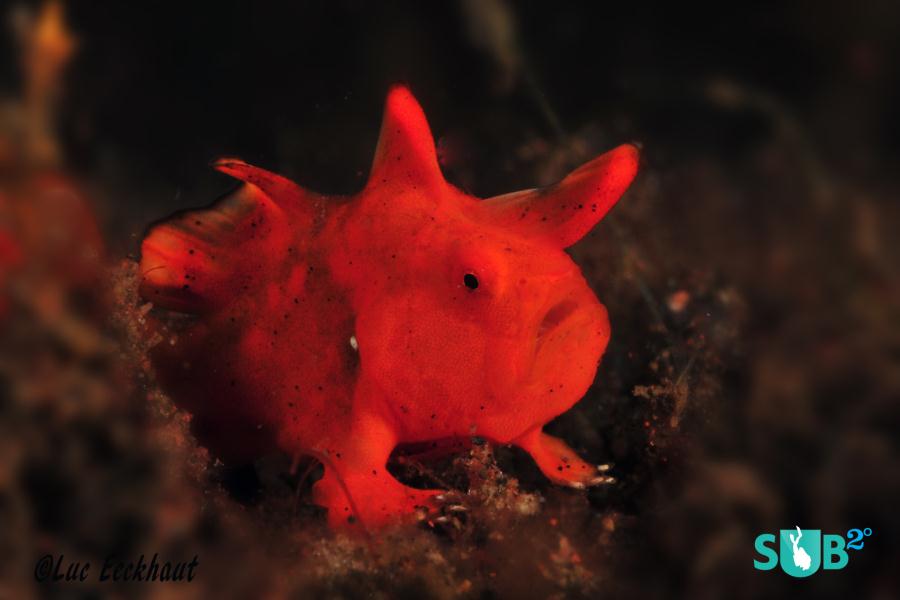 The size of the frogfish can vary from a few centimeters to the size of a football. Usually, the smallest ones have the brightest and finest color shades. Sometimes they can be completely white, red, or black, and at other times, a colorful mixture of yellow with red, green, or purple spots, like the "clown frogfish", for example.

Frogfishes, a type of anglerfish, can be found in almost all tropical seas, and at all depths, sometimes even at - 300 meters. They especially like the coral or rock formations between sandy soils. They are regularly seen during “muck” dives, and on wrecks. So, when diving, keep your eyes wide open for those strange, yet gentle animals.