I am sure that almost every diver and underwater photographer has had several encounters with this rather small predator. Its mouth is very large, and it has a distinctively toothy appearance. It belongs to the family of “Synodontidae”, and is widely spread all over the oceans of the planet. 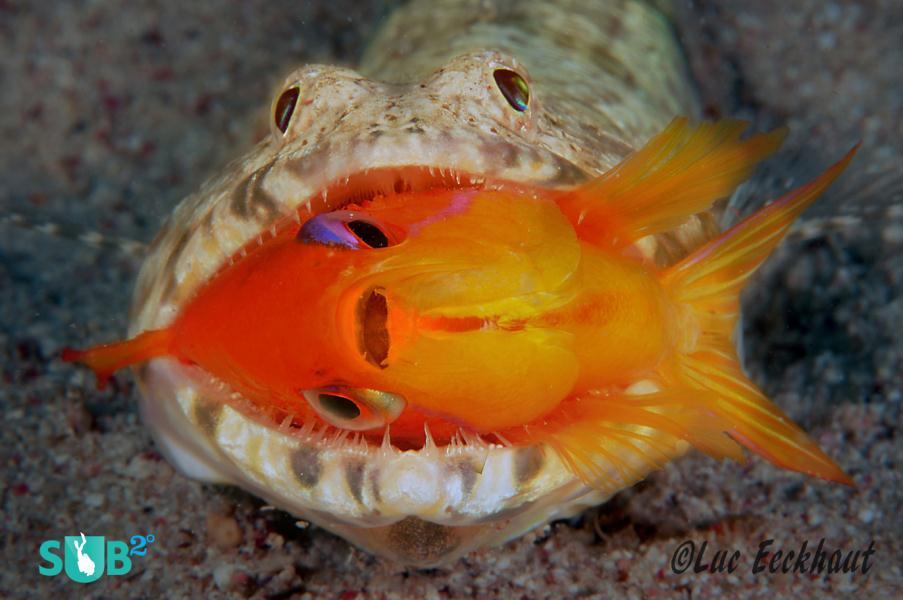 It prefers temperate to warm waters, and is mostly found in the shallows. You can find it in different sizes, sometimes very small, but also as long as 60 cm. Normally you can find it in solitary, but it happed a few times that I spotted, not two, but several lizardfish laying together.

The Lizardfish’s body is really designed for the hunt and the kill. Most of the time it just lies on the bottom, well camouflaged. Lizardfish take advantage of their coloring to blend in with the ocean floor. Sometimes they also bury themselves in the sandy bottom, so that only their eyes are visible.

They can stay immobile for a very long period, but once a prey comes within reach, they leave their hiding place at the speed of a bullet … This attack, especially the catch, is very spectacular. Many times the prey is so big that swallowing becomes very difficult. 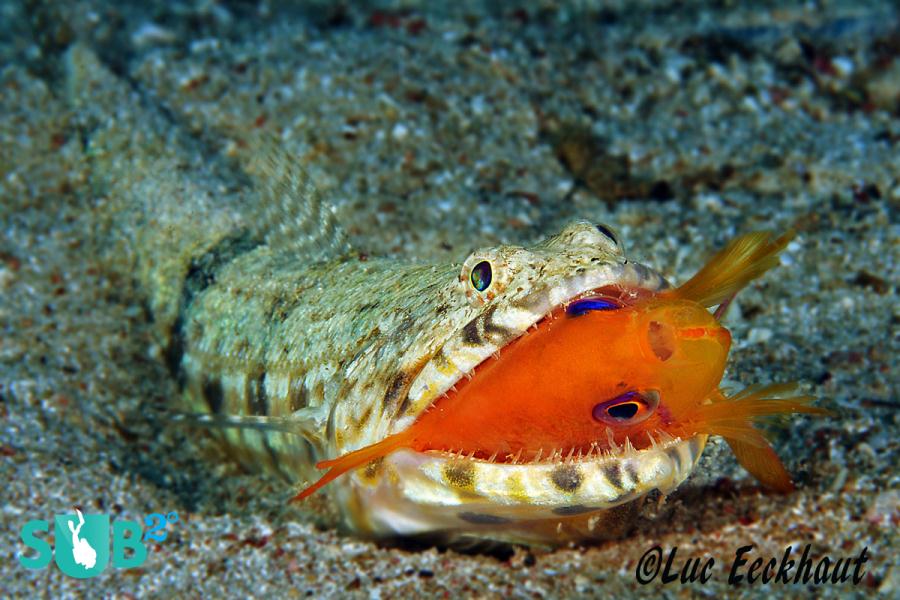 I had an encounter with a lizardfish that had the prey in its mouth, but since the catch was that big, half of the fish was sticking out of the mouth of the lizardfish for several minutes, before it was totally eaten.

At that moment, I had plenty of time to shoot several pictures. I even had time to change the camera settings to video, and end up with a few minutes of special footage.

At another occasion, when I saw a small prey fish swimming over the head of a very well camouflaged lizardfish, the catch was so quick, that I only could take one snapshot. I was rather lucky that on the picture the unlucky little damselfish was still visible deep inside the mouth of the hunter. 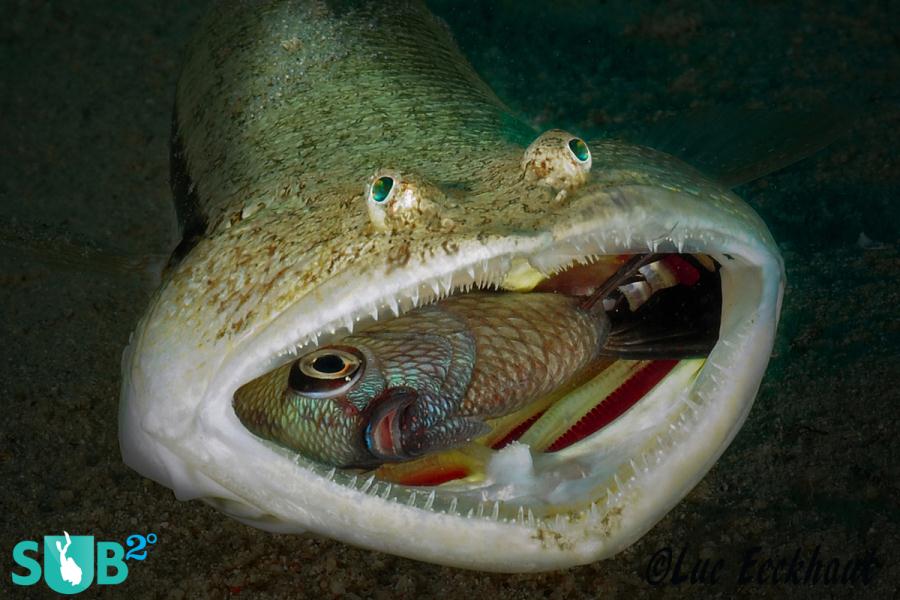 When they are not hunting and just resting or laying on the sandy bottom, they are very easy subjects for the underwater photographer because they are not shy at all. And when you approach them very slowly and gently, you can produce stunning close-up pictures of their mouths and teeth. 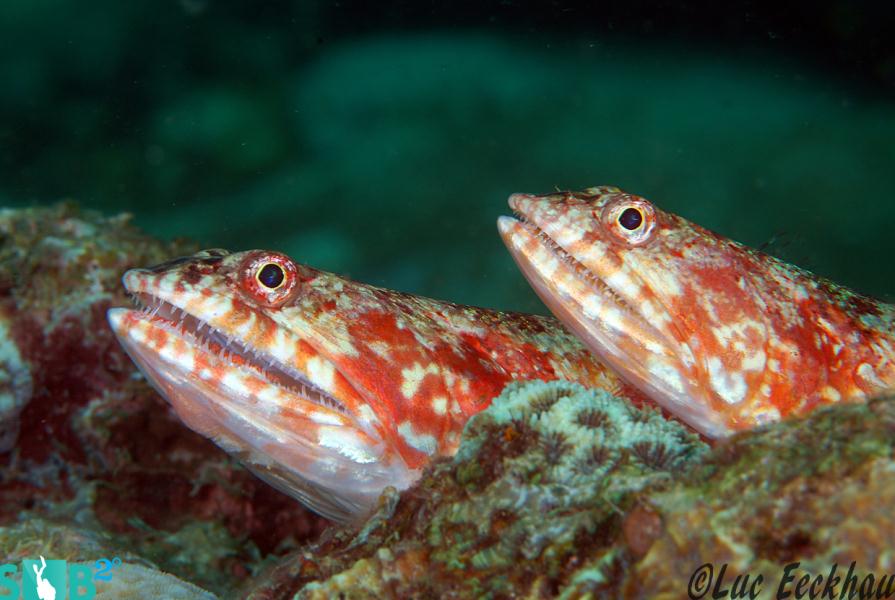