The underwater world seems daunting to many landlubbers, and even frightening to those who have an innate phobia of water, or picture Jaws devouring the side of their body. Scuba diving seems almost insane to some folks I talk to or show dive trip pictures to. The real dangers of blowing bubbles under the deep blue sea do not come from large creatures, but more from the tiny organisms such as coral or anemone.

Scuba divers, snorkelers and surfers quickly learn that reef can seriously scrape you up. The physical abrasions caused by the back and forth movement of the waves can deeply scrape up your leg, elbows, and stomach. This can happen quickly when currents drift divers into islands of reef whose tips reach up near the surface. The abrasions are bad enough, but when combined with stinging nematocyst cells found in many Cnidarian species such as coral, sea anemone, hydra and jellyfish, you are in for a burning night or even a trip to the nearest medical center if you have a serious enough reaction. 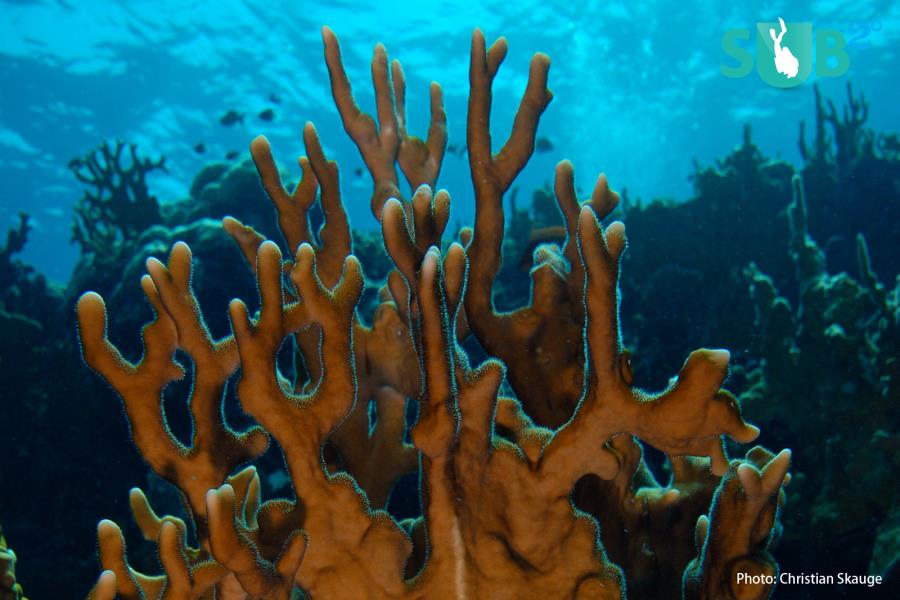 Take Fire coral for example. Fire coral looks like coral but is not actually coral; it is a hydrozoa-- an organism closely related to jellyfish and stinging anemone. Fire corals are small predatory animals that form colonies. There are many different species, some are bright yellow, yellowish green or even brown, which are commonly found throughout the world's tropical and subtropical oceans. They usually live among coral, and are mistaken for coral or algae along reef boundaries, as they often hang out in stronger currents on the peripheral of reef.

Contact with fire coral leaves a strong stinging sensation that can last for days, even weeks. This results in a red rash that can start to sting many hours after initial contact. According to DAN, the best thing to do after fire coral exposure is to wash the area with common vinegar and deal with the pain, as it gradually subsides. Placing either hot or cold on the affected area seems to alleviate symptoms, at least momentarily. It is very rare that medical intervention is needed.

Not all sea anemones and corals are poisonous, but in order to distinguish which are and which aren’t takes a lot of experience in identification. The best way is not to touch any coral or anemone- really nothing at all- when diving. This will protect you, but more importantly it protects the living and often fragile reef life. Especially around dive sites where hundreds of divers visit each year, and where the impact of careless fins really adds up over the years. There are high traffic dive sites off Japan and Florida in the USA for example that have literally been walked over and broken off to such an extent that there is not much living reef left at all. 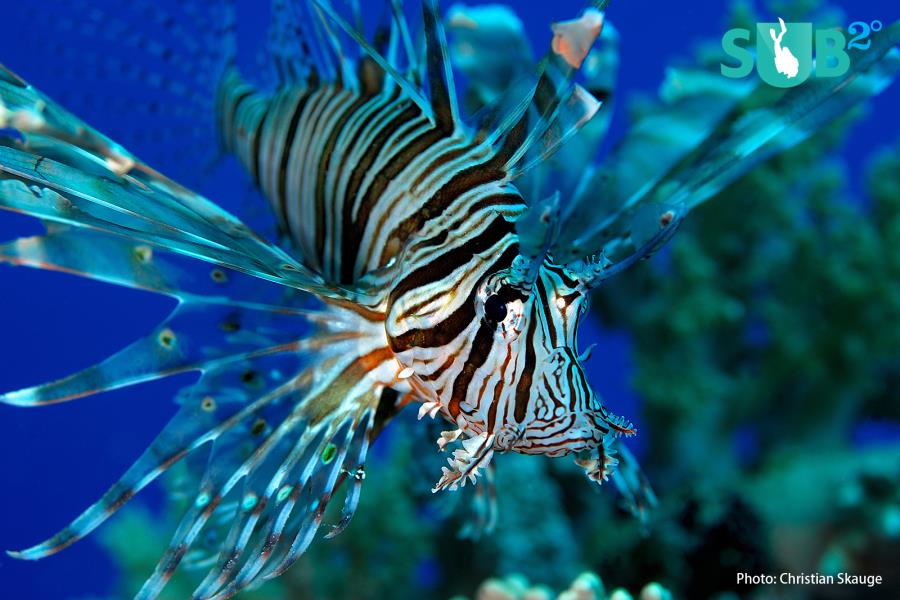 There are also some fish that you should avoid touching. The lionfish is an aquarium favorite and has become an invasive species off the waters of Florida in the United States, especially down near the Florida Keys. Curious divers should not touch these friendly and brave little fish. Their spiny fan-like projections are venomous. Squirrelfish, big eyed and orange, are commonly found around the reefs of the world. Squirrelfish and their other ray-finned relatives in the same family have venomous spines near their gill slits, giving painful wounds.

Stingrays are another group known to be venomous. They have a tail spine whose barbed surface can be deadly. In a freak accident, Steve Erwin, the crocodile hunter, took a wound in the chest, resulting in his death. However, stingrays are relatively harmless and should not be feared; they are docile creatures, unless stepped on. Many people pay to swim with them. Consider Stingray City, a popular dive spot off the northern coast of Grand Cayman Island, where thousands of tourists swim with the swarms of stingrays. The greatest danger with stingrays is stepping on them when you are walking along the shoreline in the shallows. They like to burrow just below the surface of the sand.

As with all things in the world of scuba, safety is a serious omnipresent concern. Scuba diving is not a stroll in the park; there are many things to consider such as air supply, depth, current, equipment, buoyancy, drifting into coral, and getting scraped and stung. Above all, diving takes an alert mind and a clear mask. Then, when you really get the hang of it, it can be a swim in the marine park. One of the most important scuba diving rules is to simply not touch anything. Just keep your hands and fins to yourself.