While studying marine biology in college, one of my favorite stories was about a marine research lab that housed many tanks containing different animals in one room. With no explanation, crabs went missing from several tanks, all gone without a trace.

After several incidences, the researchers installed a surveillance camera to watch the tanks overnight. Low and behold, they saw an octopus climbing out of its tank every night, moving into the crab tanks and eating them, and then going back to its own tank before morning. I’m pretty sure, if given a few days, the octopus would have figured out how to block the security camera too!

Smart with Sight and Touch

Octopuses are awesome. Not only are they charismatic - with the way they move and change color around divers - they are smart too. With brains proportionally as large as some birds and mammals, researchers often study them. Experiments involving maze and problem solving have shown an aptitude for both long and short-term memory.

Like humans, octopus eyes have irises, pupils, lenses, and retinas, giving them advanced sight for an invertebrate. They also have an excellent sense of touch and their eight arms contain two thirds of their neurons. This means only part of their nervous system is in their brain and the rest is in their arms.

Divers love to watch octopi change color and flash different patterns on their skin. This occurs due to tens of thousands of chromatophores, which cover the octopus. Chromatophores are pigmented cells that can change colors due to the muscles surrounding them contracting or retracting. As if that’s not enough, they also have iridophores, or reflective cells on the skin, that mirror the colors of the surroundings, helping them blend in with their environment.

What Are They Called?

Another reason to love octopi… wait let me digress for a moment. Do we call them octopuses or octopi? Actually they’re both wrong, since the word octopus is a Greek word, the plural should be “octopodes” – but no one uses that. ‘Octopuses’ is generally argued to be correct, as the –es suffix is proper English. Octopi uses an inappropriate Latin suffix (-i) on a Greek word that has been used in English for a long time. Anyway, both forms are commonly used, so I’m going to use them both here just to mix it up a little- but ‘octopuses’ is correct.

So back to the octopodes’ love – how could you not love something with three hearts? Yes- that’s right- octopuses have three hearts. And if that’s not enough to love, just remember they have eight arms to hold you with. 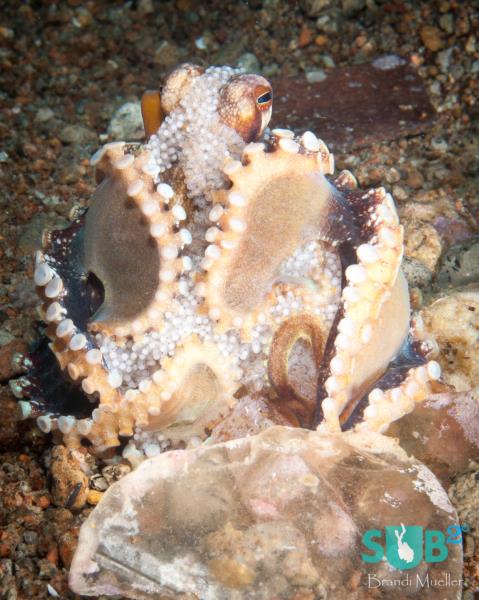 Continuing on with this theme, reproduction starts with a lovely, but frequently short, courtship, where the male octopus transfers a packet of sperm from its hectocotylus (one specialized tentacle) into the females mantle – think of it as the male caressing her slightly on the back of the neck.

One more cool fact: octopuses have blue blood. This comes from a copper-containing protein called hemocyanin that binds oxygen; meanwhile, humans have hemoglobin that contains iron making it red.

When they’re angry – watch out – octopuses can “ink” predators (or annoying divers). The black cloud of ink is meant to distract or confuse predators, giving the octopuses a chance to escape. 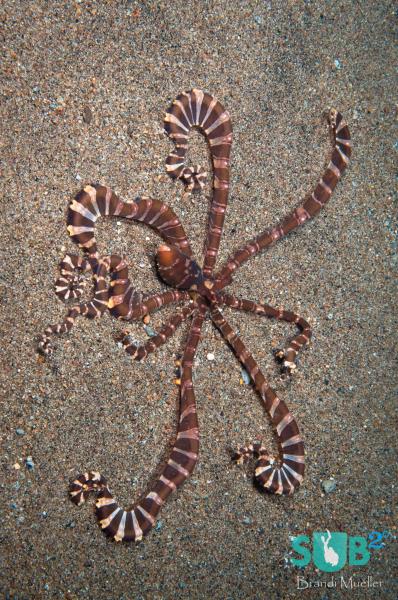 From the tiniest hairy octopus, only a few inches wide, to the giant Pacific Octopus, with an arm span over 15ft feet, octopi come in all sizes and colors. Only recently discovered, the wonderpus and mimic octopuses delight photographers with their colorful bodies, not to mention with the way a mimic octopus bends its body, pretending to be other animals such as the flounder fish, sea snake, lionfish and more.

The tiny blue ring octopus, with its beautiful blue and red dartboard pattern, is deadly. It produces venom that contains many neurotoxins, including one that’s at least 10,000 times more toxic than cyanide. All this from a cute little octopus that could fit in the palm of your hand - but don’t ever put it in your hand!

We also judge intelligence by the use of tools – might I introduce the coconut octopus? This Pacific species uses coconut shells for protection and as a home. If it wants to move its home, the coconut octopus will simply pick it up and carry it along. 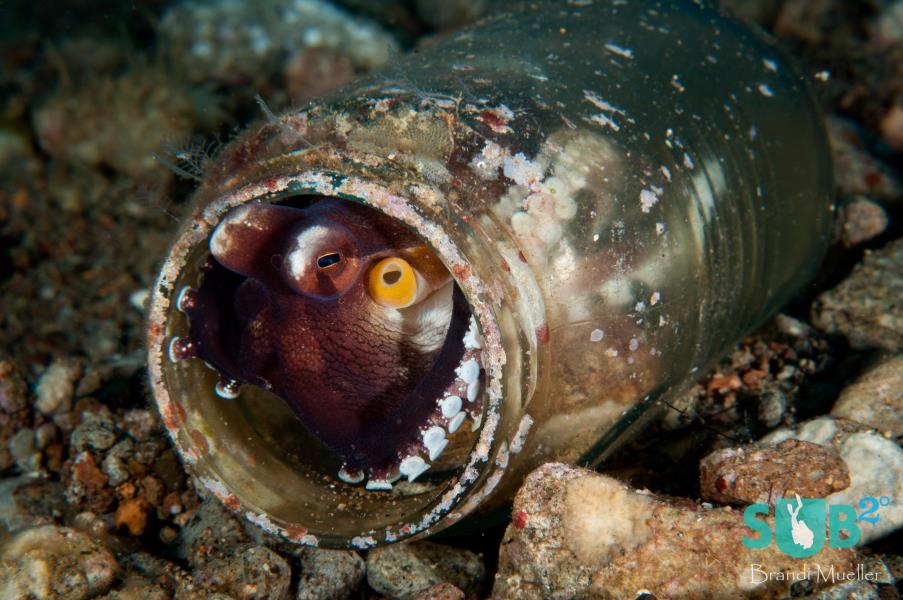 So as you can see, the octopus is amazing. I hope you see one on your next dive!

Overview of Scuba Diving in Philippines