The Prinz Eugen was commissioned into the Imperial German Navy in 1940. Named after the 18th century Austrian general, Prince Eugene of Savoy, the 681ft Admiral Hipper-class heavy cruiser carried a crew of 1,382 men. The ship was part of Operation Rheinubung in 1941, which involved trying to block shipping from England to allied forces. The ship moved to France to repair some engine troubles and was then deployed to Norway, where the British submarine Trident torpedoed the Prinz Eugen. Returning to Germany for repairs, the ship was fixed and then used in the Baltic to train officer cadets.

At the end of World War II, the Prinz Eugen was surrendered to the British Royal Navy and transferred to the US Navy as a war prize.

The Prinz Eugen was assigned to support Operation Crossroads, and moved to Bikini Atoll in the Marshall Islands in 1946. Operation Crossroads involved 95 target ships that were lined up in the lagoon of Bikini Atoll for three scheduled nuclear weapon tests, to investigate the effect of nuclear weapons, particularly on warships. Only two of the tests occurred, the Able and the Baker; the third test, Charlie, was cancelled. 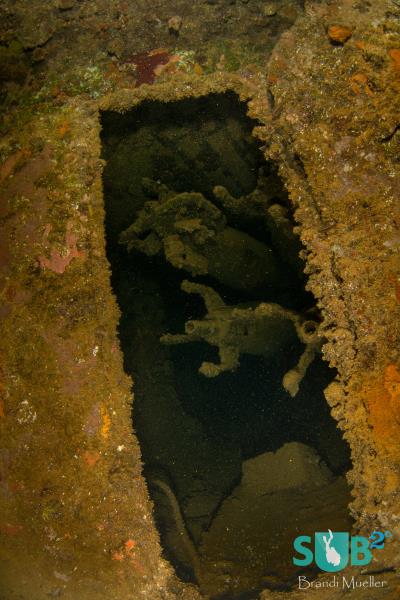 The Prinz Eugen survived the two nuclear weapon tests. Both the Able and Baker were Fat Man plutonium implosion-type nuclear weapons, the same type that was dropped on Nagasaki. At the end of the tests, only nine ships were in good enough condition that they didn’t have to be scuttled.

The Prinz Eugen was towed back to Kwajalein Atoll, more than 400 miles away, with hopes of scrapping the ship and further studying the residual impact of the radiation. Unfortunately, there was a leak in the hull, and radioactivity prevented anyone from repairing the hull.

The leak caused the Prinz Eugen to sink in December of 1946 in shallow waters next to the island of Enubuj (also known as Carlson).

Having sunk close to shore, the Prinz Eugen sits upside down with its two remaining propellers and the rudder partially out of the water. The third propeller was salvaged from the ship and is currently displayed in the Laboe Naval Memorial in Germany. The stern’s top deck sits in the sand around 40 feet, and the wreck continues down a slope with the bow at 110 feet. 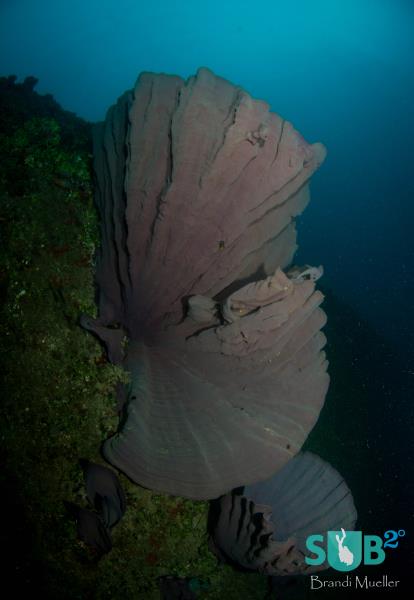 Descending next to one of the huge propellers, which are larger than a diver, makes one realize just how huge the ship really is. Down to the sea floor, there is a small area where a diver can swim between the sand and the top deck. White tip sharks and marble rays are common in this area.

Continuing towards the bow, the sandy bottom slopes and the wreck has plenty of window-like openings to peak into the ship’s interior, revealing beds that appear to be mounted to the ceiling and fallen chairs that now sit on the ceiling. Much of the superstructure has collapsed on itself due to its massive weight.

The ship has two large turrets with 8-inch barrels, and cannons can be found below, mostly buried in the sand. Torpedo tubes on the port side of the ship still have torpedoes in them ready to go.

An open hatch exposes a room stacked full of torpedoes that could possibly still be live. Parts of the ship and the ship’s contents have spilled out onto the seafloor, including the gun director, which is a huge sphere sitting next to the ship.

Having been underwater since 1946, the ship is covered in rust and is disintegrating, but marine life has taken over and covered the ship. Schools of fish pass by, eating the algae covering the hull, and barracuda keep watch over the ship from above. 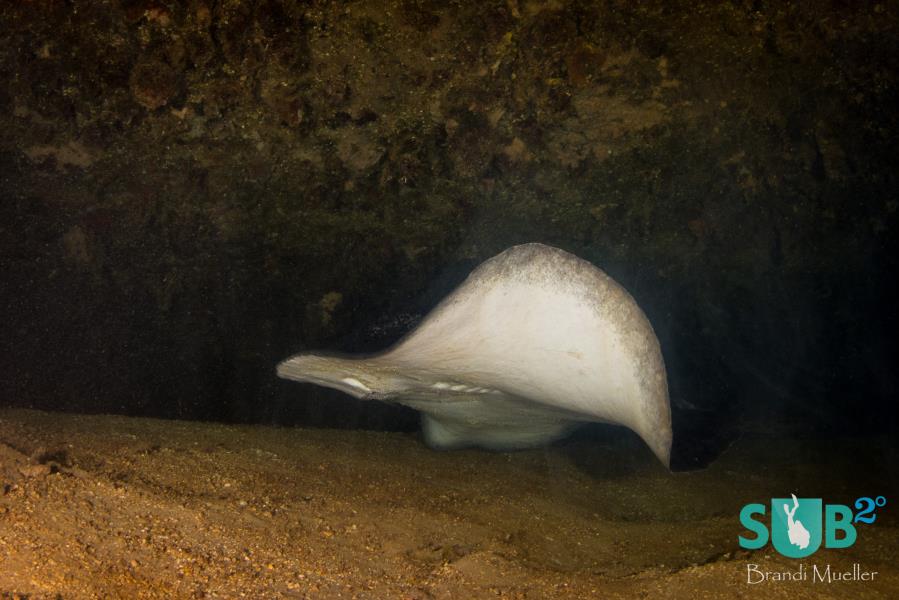 Octopuses are a common sight, crawling around the bottom of the ship, which is now covered in coral and anemones. Sharks and manta rays can sometimes be seen in the distance, and seem to be taking a look around the ship as well.

Parts of the interior of this ship can be explored but extreme caution is necessary, as the ship has been underwater for nearly 70 years, and because it sank upside down, much of the superstructure has collapsed on itself. Wreck penetration can be disorientating because everything is upside down. 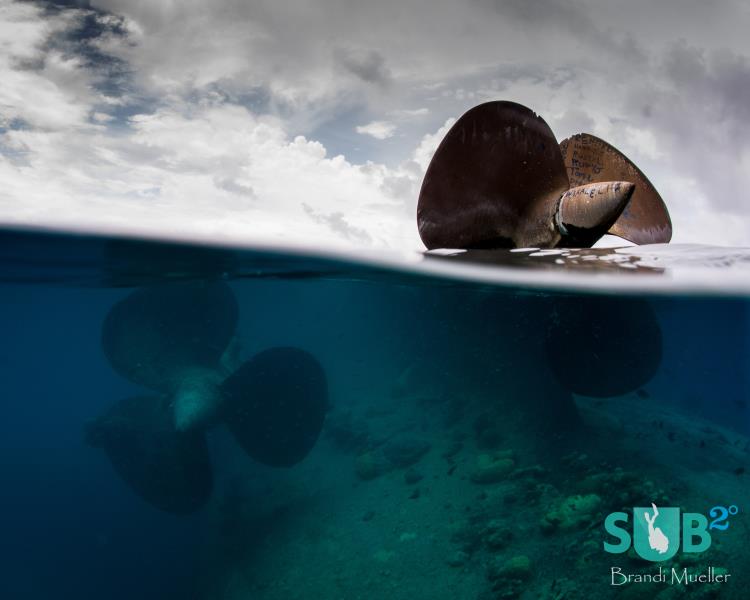 With such an exciting history and beautiful marine life, the Prinz Eugan is a fantastic dive that suits both novice divers, wanting to dive the shallow parts of the wreck, and advanced divers, wanting to explore a World War II wreck.