Home What’s not to love about Palau?
1
5

What’s not to love about Palau?

Palau has been rated one of the world’s best dive locations over and over again. With near perfect weather, lots of sharks, great reef life, and World War II wrecks, what’s not to love? It’s also a country that is embracing its environment, and in 2009 the president made the 230,000 square miles of water surrounding Palau the world’s first shark sanctuary.

Topside Palau is known for the spectacular Rock Islands, a World Heritage Site, which are many small limestone islands made from coral reefs of thousands of years ago. Palau also has lush jungle with waterfalls and many historical ruins including the ancient stone monoliths at Badrulchau (161 A.D.) and WWII historical spots. And that’s just above water. 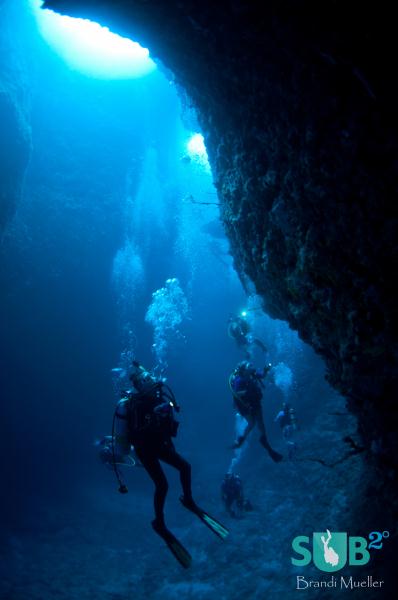 Palau boasts over 700 species of corals and 1300 species of fish, but the sharks are the number one attraction. Diving occurs all around the islands of Palau. Most dives are drift dives, which can range from a leisurely pace to ripping currents, and it’s those currents that bring nutrients up from deeper waters to attract marine life of all sizes including schools of sharks, barracuda, turtles and other fish. Fields of healthy hard corals grow to spectacular heights, and the walls are covered in sea fans, soft corals, and sponges. There are also dives of intact WWII ships and airplanes, caves, and the famous Jellyfish Lake.

Palau is located 900 miles southwest of Guam and part of Micronesia. Daily flights arrive from Japan, the Philippines, and Guam (with connections from Los Angles and Honolulu). United and Delta are the main carriers. Palauan and English are the official languages, but Japanese is widely spoken as well. Taxis are a common way to get around the islands, and there are many day tours that go around the islands to waterfalls and WWII historical spots.

Palau has a tropical climate with an average temperature of 82F (28C) year-round. Rainfall and humidity are common all year, but July to October has the most rain and is also when typhoons can occur. The water temperature stays around 80-82F (27-28C) throughout the year.

Palau’s most famous dive site is Blue Corner both for its pelagic marine life and its strong currents. The currents create an upwelling that rush into a coral shelf bring lots of nutrients and big animals with it. Sharks are common, as are eagle rays, mantas, and large fish such as tuna, schools of barracuda, and more. Divers “hook-in” at this dive site, securing themselves in the current by placing a hook with a line connected to the divers BCD in the rocks. Divers then float in the current, hooked in to the bottom. Once un-hooked, divers drift over healthy hard corals and lots of reef fish.

Blue Holes is a cavern structure in the wall just up from Blue Corner. Several large holes in the top of the wall lead to a massive cavern with plenty of light with an exit around 80ft to the outside wall. If the current is in the right direction, dives can drift to Blue Corner. Ulong Channel is another drift dive known for having lots of grey reef sharks and white tips. German Channel is a popular manta cleaning station, where small wrasses come to clean giant mantas of their parasites. Sharks sometimes come into the area as well.

Chandelier Caves is a large cave with an entrance at 35ft leading to three large rooms, each with an air pocket. Huge stalagmites and stalactites are seen inside the caves. The reef near the cave entrance has mandarin fish. A trip to Palau is not complete without a trip to Jellyfish Lake. Only snorkeling is allowed in this lake that has an estimated two million stingless jellyfish. On the Southern tip of Palau is the island of Peleliu, which has sheer walls and very strong currents. This is a great place to see lots of large sharks and other pelagic life. 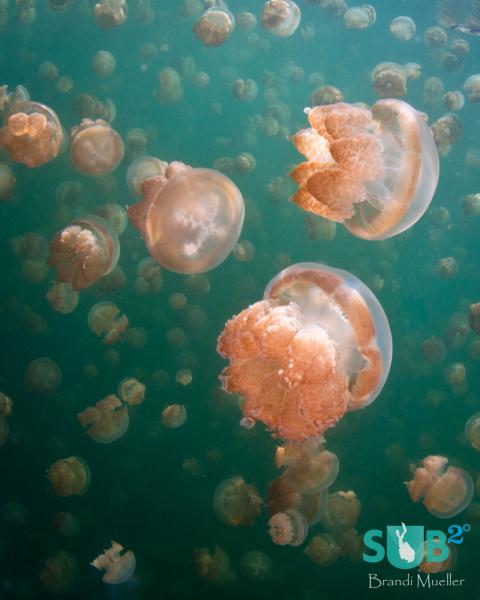 Palau also has several dive-able wrecks from World War II. The Helmet Wreck sits inside the lagoon and has a cargo full of unexploded depth charges, several gas masks, and other relics from the 1940s. The Iro Maru is also a great dive with three masts covered in marine growth and gun turrets at the bow and stern. There are also several airplanes and more wrecks that have been recently discovered.

Palau is known for its amazing drift dives, but there are more than just drifts. There are reef diving in areas without currents, wreck diving, and recently, technical diving has become more popular here because of the deep walls and wrecks. The water is warm year round (80-82F/27-28C) and a shorty wetsuit or a 3mm is recommended.

With the increasing popularity of divers to Palau, dive shops have sprung up all over. There are also at least five liveaboard ships offering multi-day trips. For the most part, dive shops visit all the same locations as liveaboards do, it just requires much longer boat rides to get to the more distant sites.

Liveaboards trips usually schedule diving at as many sites as possible, giving the diver the opportunity to see different sites, where shore based operations sometimes end up going to the same, most popular, sites each day.

Palau’s most reputable dive shops have also been around the longest. These include Sam’s Tours, Fish’n’Fins, and Neco Marine. Sam’s Tours has won numerous awards and is a PADI Five Star National Geographic Center. They offer training, dive trips, and non-diving trips such as kayaking, land tours, and boat trips.

All three of these shops can set up diving packages that include accommodation, and they provide transportation, and they dive sites all around Palau.

Diving occurs off smaller skiffs. Worldwide Dive and Sail have just recently started operating the S/Y Palau Siren, a 130ft sailing yacht, in Palau. They offer trips of different length from 6-11 nights. Fish’n’Fins operates the Ocean Hunter I and III liveaboards. Sam’s Tours has private chartered liveaboards that can be chartered by couples or small groups.

There is only one airport in Palau located in Koror (ROR). United Airlines flies to Palau via Guam, Japan, or the Philippines; Delta flies from Tokyo; and Asiana Airlines has flights from Seoul, South Korea. 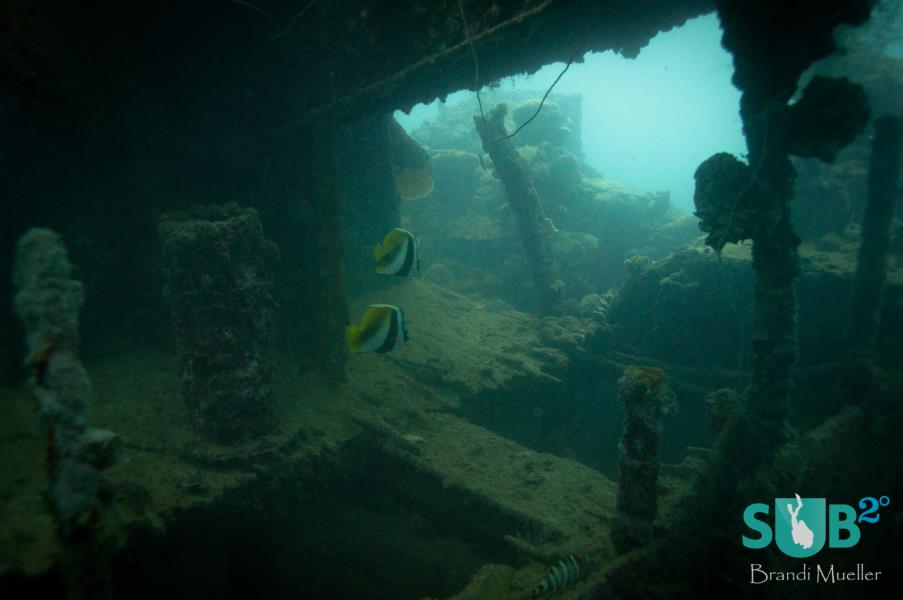 Permits are required to dive in Palau. The Koror State Permit is $50 for 10 days, and with Jellyfish Lake it is $100. To diving around Peleliu, a Peleliu Diving Permit is required, $20 for 14 days. These fees are always changing, so it’s best to check for the latest information before you go. A $50 cash only “Green Fee” is paid at the airport when leaving which includes departure tax and an environmental protection fee.

Most of the shops and liveaboards offer nitrox, which is nice when doing multiple day dives to increase bottom time. Shops and boats also offer quality gear and many shops have gear for sale too. For example, Sam’s Tours carries a full stock of Scubapro and Aqualung gear.

Directory of Dive Sites In Palau

Directory of Dive Shops In Palau