Decades ago, fishermen, returning with their catch, entered the North Sound on their way to the dock. Once on land, they were bothered by flies and mosquitos, making the fish cleaning process a terrible job.

They decided to stay in the North Sound a bit longer, close to the reef, far from any insect, enjoy the cleaning without the buzzing critters around, and throw the fish waste overboard. Some stingrays learned to associate the sound of engines with some easy catch, and soon the cleaning of the catch became a stingray frenzy. Captain Marvin was the first to offer tourists a visit to this spectacle, and other boat operators followed.

Stingray City and the Sandbar were born as the number one touristic attraction in Grand Cayman.

Stingray city can be visited on scuba. It's a shallow site where dive operators take you to witness stingrays feeding. All divers are asked to take a seat on the sandy bottom, as the divemasters start handling the stingrays, feeding them squid. 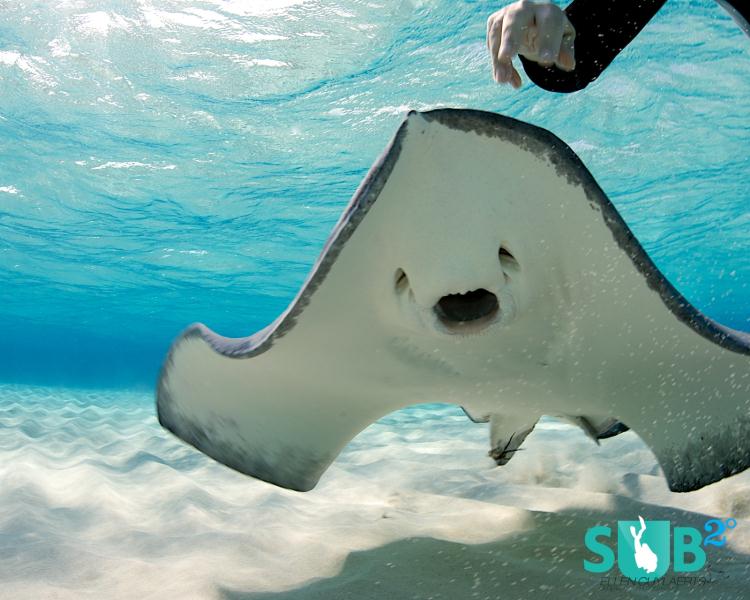 It's a beautiful sight, and most of the time a big green moray joins the action. But as nice as that can be, my preferred place is the Sandbar!

Only snorkels allowed here, no fins, no scuba. The water is knee deep and the stingrays swirl around you. If you're lucky, you're in for a wing massage! The animals are used to tourists but it's always better to keep in mind that they are animals in the wild and not toys. 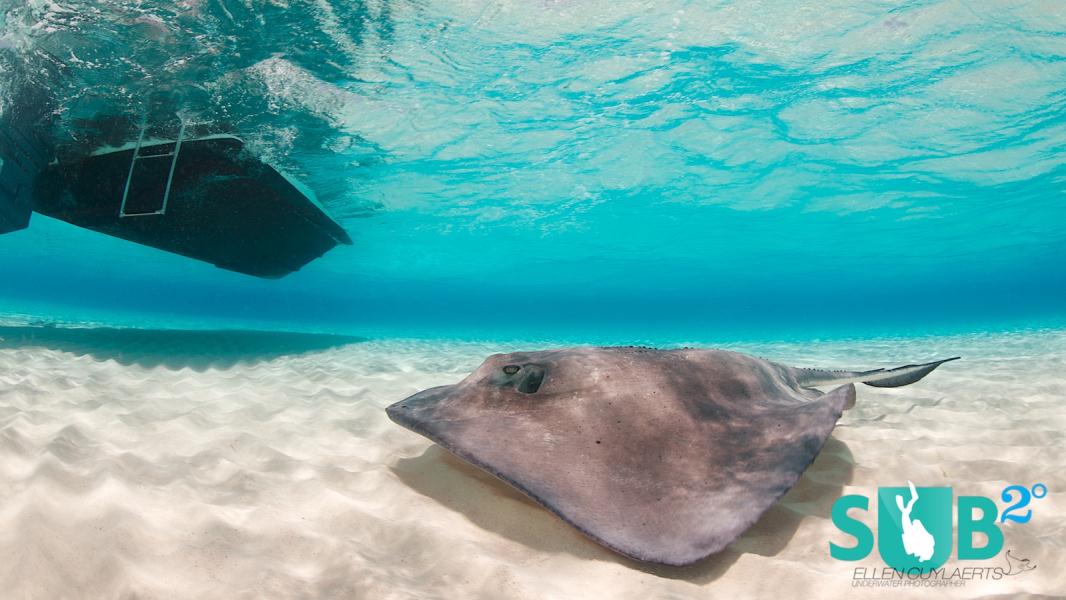 Over the years, divemasters have pleased visitors by scooping the rays and allowing them to give a kiss, which is said to bring about 7 years of good luck. If you're truly concerned about the environment, now is the time to speak up and if you visit tell them you pass that one.

Furthermore, some tourist attractions on the Cayman Islands think it's OK to buy stingrays from fishermen to put in a touching tank. There is a significant decline in rays at Stingray City and the Sandbar, and there should be better protection for these animals.

An ammendment to the Conservation Law to protect stingrays should be passed in May 2013. Fingers crossed.