Home Protecting the Perhentian Islands, One Tour at a Time
0
3

Protecting the Perhentian Islands, One Tour at a Time

Traveling off the North Eastern coast of West Malaysia, you are destined to encounter a chain of beautiful islands, edged in white sandy beaches and enriched in ocean life. These are the Perhentian Islands.

Over 5,000 tourists flock to the Perhentian islands per season, and are mesmerized by their aqua marine waters and all its treasures. Sadly the tourists leave different impressions on these islands. A recent Reef Check report stated that tourism was one of the main threats to reef health. Some tourism issues include littering in the water, breaking the coral by standing on them with snorkeling fins, and even feeding the fish, which in return, alters the fish’s behavior towards humans by developing expectations of being fed. 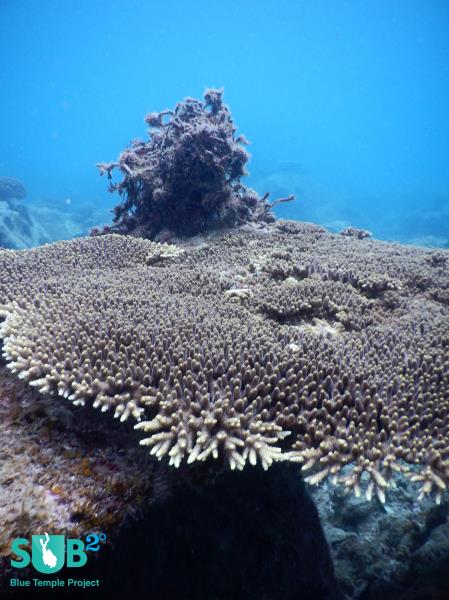 In 1997, the Malaysian government declared the Perhentian waters a marine park, to ease some of these tourism effects. This decision banned some water activities and somewhat alleviated the reefs. However, a couple of passionate marine activists (Neil Hinds and Sabina Gramaglia) took their own initiative and started the Blue Temple Project with the aim of supporting the Perhentian reefs’ recovery through research and tourism awareness.

Blue Temple is a new nonprofit, established only a year ago (2012), and an Ecoteer partner, that has started a research station in Malaysia, on these islands. Their intention is to engage the locals in their research, and encourage them to play a part in sustaining and maintaining their marine environment.

The aim of the Blue Temple Project is to spread awareness and engage locals in protecting their islands from these implications. The point is not to decrease the tourism itself, as it is a key economic driver on the Perhentian Islands. Instead, Blue Temple wishes to create a symbiotic relationship between the local communities, tourists, and natural environment, which in return, will reduce the overall impact of tourism on the environment.

Blue Temple is a ‘voluntourism’ organization, or volunteer-tourism - a distinctive approach towards marine research and conservation, in which volunteers can contribute to and tour a new place simultaneously. Voluntourists stimulate the economy as tourists, but immerse in the culture as locals. They are tourists that make a difference on their trip.

Blue Temple is inviting volunteers to join in their research and gain a valuable experience while doing so. Volunteers will get a minimum of a 2-week (all-inclusive) placement on these islands, in which they will be trained in surveying, conducting and documenting marine research, and presenting their data to marine park authorities and the Malaysian government. If you aren’t a diver, you get a chance to become PADI Open Water Certified on this trip.

Check out The Blue Temple Project, and see how you can join them in making a difference in the underwater world.