The king of Africa is renowned for being fierce, and its marine counterpart certainly lives up to the name. The lionfish is venomous and one of the most ravenous predators in the underwater world.

Lionfish, alternatively aliased as turkey fish and fire fish, constitute eight species of the Scorpaenidae family of scorpion fish. The two primary types of its species include the common (Pterois) and the dwarf (Dendrochirus) lionfish. The common type reaches a size of 15 inches/38 centimeters, while the dwarf only grows to half that size. 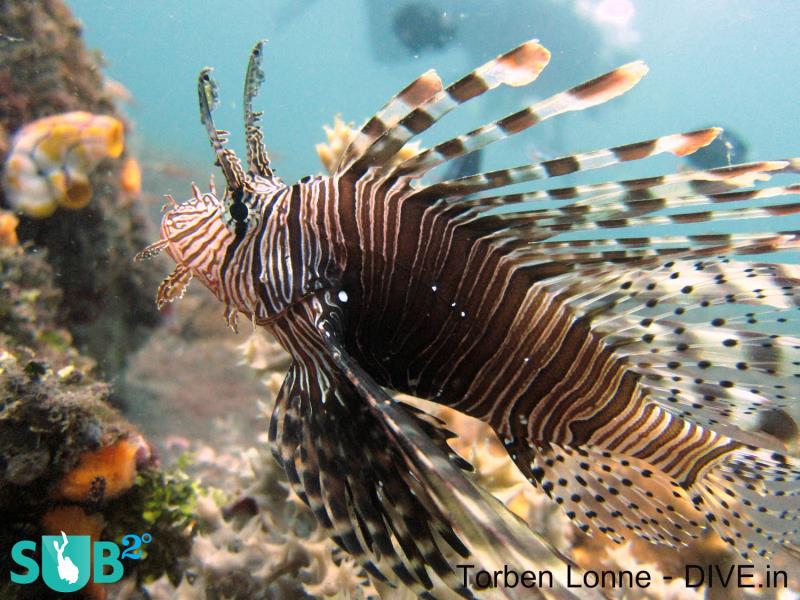 The red lionfish (Pterois volitans), one of the several species of lionfish, is considered to be the most common and the most famous representative of lionfish. It is notable for its distinctive fin and spine elements, and the plump tabs on its head.

Lionfish are bottom dwellers in shallow coral and rocky reefs up to 50 meters deep. They prefer to dwell under ledges and along caves and crevices during the day. They also inhabit bays, estuaries and even harbors.

Lionfish are external spawners. After complex courtship rituals, male lionfish release their sperm on the ocean currents to fertilize the female’s eggs. Two to three days after fertilization, a newly born lionfish will be able to swim and feed on zooplanktons.

Lionfish originally inhabited the reef habitats of the Indo-Pacific waters. However, they are now an invasive species in the Caribbean and on the eastern coast of the United States, extending from Florida to New York.

The distribution of lionfish in the non-native areas of the Atlantic is theoretically linked to the deliberate release of captive specimens by private fish tank owners.

Numerous scientific inquiry and research have already been initiated to investigate the dangers that these foreign creatures pose to the general balance of the natural Atlantic marine ecosystem. 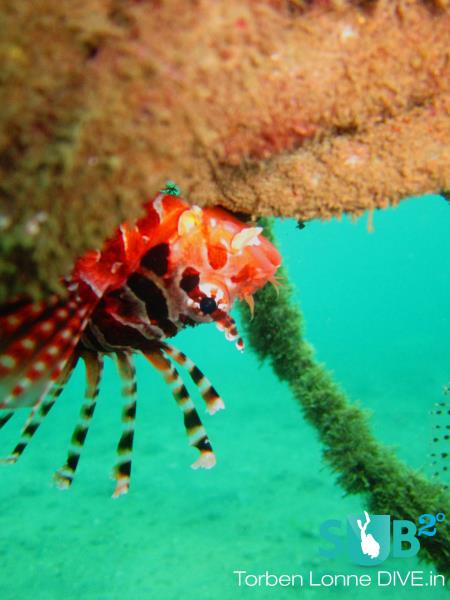 A Feast to Save the Ecosystem

Several movements, like the World Lionfish Hunters Association, have been launched to limit the spread of lionfish in the Atlantic seas. Locals are encouraged to hunt and serve lionfish as a dish, while other effective methods of regulating its number are still being researched.

Being slow in nature, lionfish are easy to catch. They are safe to eat when appropriately prepared since their venom is isolated at the base of their spines. Cookbooks on the preparation of lionfish have been published for homes and restaurants to use.

The lionfish has a stunning camouflage that it uses to effectively stalk its prey. Its outstretched and elongated pectoral fins are used to corner small fish, like Damsels, and to engulf them easily. 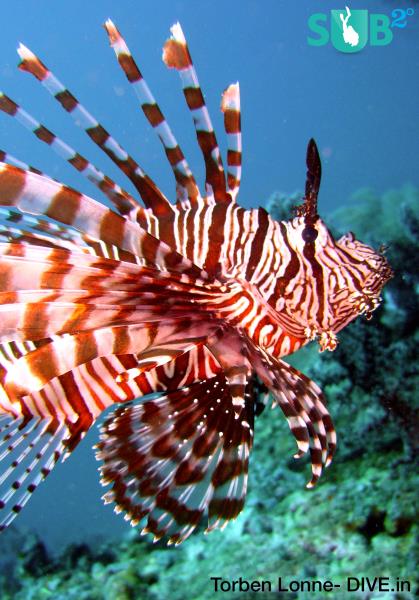 In spite of the noxious venom its spines have, many divers are still fascinated by the beauty of the lionfish.

When the lionfish feels threatened it raises its fins up and out to the sides, to warn of possible danger. If you do not see this warning and are accidently stung by the lionfish, immediately immerse in warm water with a temperature of at least 45oC (113oF) to deactivate some of its venom’s components and seek medical help.

Their sting can be sharp and intensely painful for several hours, and is definitely a serious health situation. Worst cases may lead to fluctuations in blood pressure, respiratory distress, cardiac complications and loss of consciousness.

The Economics of Conservation Part 1