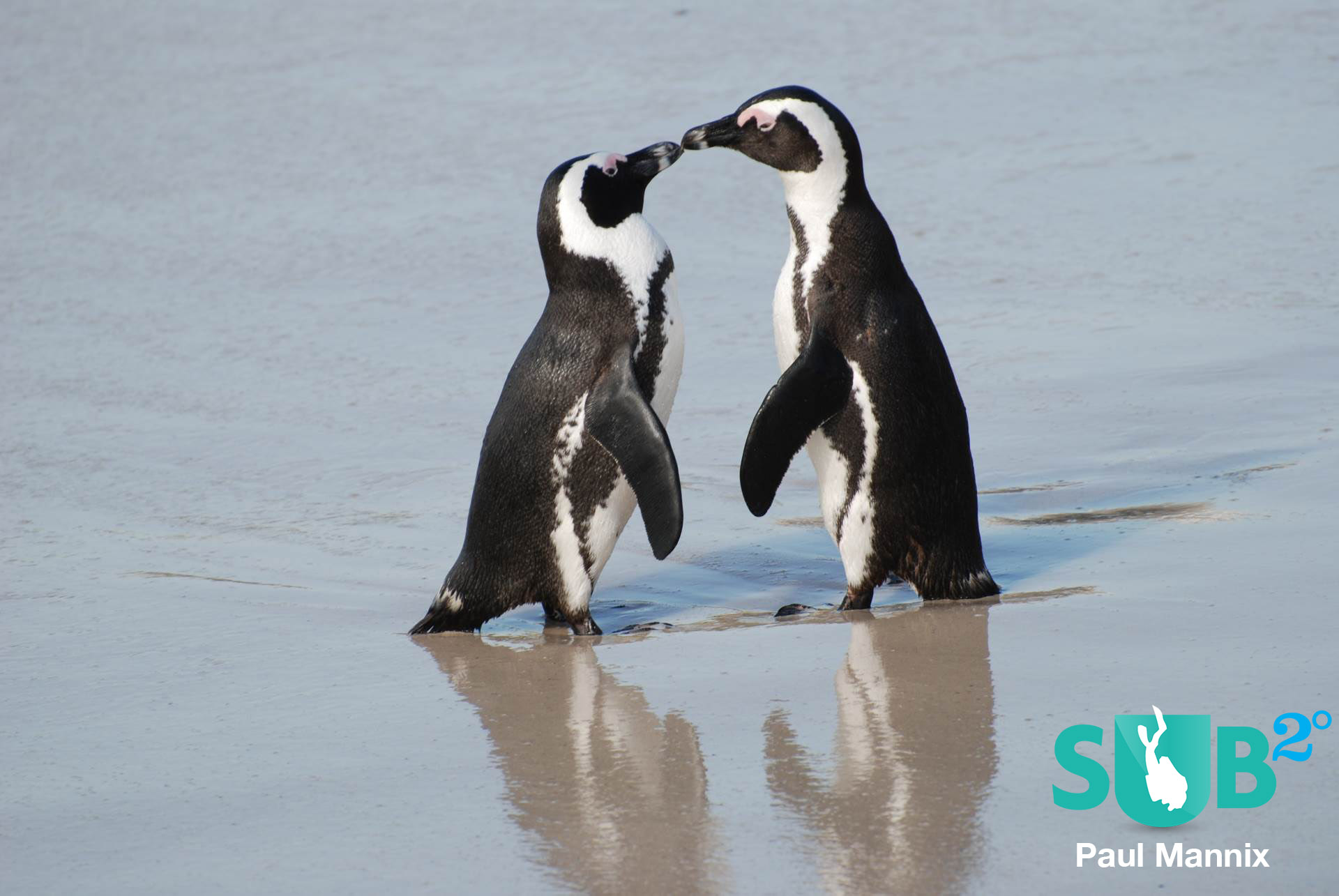 In Part 1, I focused on general facts and information on the life history of the African penguin, including predators and other dangers that it faces. Now I will focus on the conservation status, threats, and causes of the rapid decline in the African penguin population.

The African penguin population has plummeted by 90% since the beginning of the 20th Century, when it was estimated that the population consisted of approximately 2 million birds. This was reduced to approximately 147,000 pairs by 1956, and reduced even more dramatically to 26,000 pairs in 2009, with an estimated 21,000 breeding pairs remaining in 2010. It is currently listed as 'Endangered' on the IUCN Red List of threatened species.

The initial decline in the African penguin population in the early 20th century is largely attributed to egg collecting and guano harvesting. Penguin eggs – considered a delicacy – were harvested commercially in the early 1900s, a practice that only ceased in 1967. Nearly 600,000 penguin eggs were harvested in one year from Dassen Island alone – that’s 600,000 fewer penguins added to the global penguin population, from just one colony. The harvesting of guano – rich in minerals, nitrates and phosphates – for fertilizer also took its toll on breeding habitats. Penguins scraped burrows into the thick deposits of soft guano, which provided their chicks with protection from predators, heat and cold. However, these deposits were removed by commercial guano harvesters, leaving the islands bare, with sub-optimal breeding habitat for the penguins to nest on.

This has severely impacted nesting success on many island colonies, exposing breeding adult penguins to heat stress, forcing them to abandon their nests and leave their eggs or chicks vulnerable to predation by gulls, or to succumb to the elements. While both these practices are now prohibited and ceased decades ago, with an estimated 28.7 million eggs collected in the Western Cape alone, and 1.8 million tons of guano harvested, the damage to the African penguin population has already been done, and faced with further adversity, they have simply failed to recover.

Other conservation threats include: competition with Cape fur seals for breeding habitat on offshore islands; outbreaks of disease such as Newcastle disease, aspergillosis, and avian malaria; negative effects of marine pollution – particularly from oil spills, and entanglement in discarded fishing line. In 2000, an oil spill from the sunken Treasure resulted in the removal of 40,000 breeding penguins from Robben Island and Dassen Island, 20,000 of which were oiled and consequently rehabilitated before being released. Should an oil spill of this magnitude reoccur, it would devastate the current severely compromised African penguin population overnight.

For any species to maintain a stable population, the most critical issue is breeding success – without new recruitment into the population, the population will steadily decline. This is exacerbated if adult survival is compromised as well. In order for penguins to breed successfully, and for chicks to survive to breeding age, two basic requirements have to be met: they need suitable breeding habitat; and they need an adequate supply of high quality food to successfully raise their young. The latter is also a requirement for adult survival, particularly to tide them over the land-bound phase during molting, where birds in poor condition may not survive the three weeks that they cannot go to sea to feed.

Why Conserve the African Penguin?

The African penguin is an iconic symbol of marine conservation in the region. It is an endearing creature that touches the hearts of many, and epitomizes what marine conservation is all about. It also plays an important part in eco-tourism, with revenue from eco-tours to many offshore breeding islands (Robben Island, Dyer Island), as well as mainland colonies (Boulders Beach, Stony Point) contributing both to the local economy and to marine conservation efforts. Management interventions put in place to conserve this species may also help protect other marine species from facing a similar plight.

As African penguins are constrained by both breeding habitat and food availability, their plight is unique in that they are tied to their breeding colonies on one hand, but restricted by food availability on the other. In order to successfully raise their young, and to ensure their own survival during the demands of molting and breeding stages, they need access to a readily available food supply situated within close proximity to the breeding colony.

If we wish to save the African penguin from extinction, it is imperative that conservation organizations work together to manage the species holistically, taking all factors into consideration in their management approach.

Go back to Part 1