North America's summer months between late May through early September are the best times to take advantage of the warm waters of the Gulf of Mexico and the Atlantic, whereas the Pacific Ocean off California stays fairly cold year round and requires at least a wet suit if not a dry suit. In contrast, Hawaii has a temperate, steady climate ideal for diving year round.

Saltwater diving off the Florida Keys near Key Largo is the most easily accessible and popular diving in the United States. Florida's coasts offers a salty taste of the warm, clear turquoise waters reminiscent of the Caribbean Sea to the south.

The diving industry is very competitive in south Florida from West Palm Beach through the Miami/Fort Lauderdale area, down into Key Largo to the tip of Key West. Dive professionals have thoroughly scouted out the best dive sites, in some cases there are artificial reefs that have been created to attract fish and divers. Driving along the highway you see dive flags out in the blue waters.

The Florida Keys host John Pennekamp Coral Reef State Park found just north of Key Largo. The park is famous for its marine life, snorkeling and scuba diving. The Florida Keys National Marine Sanctuary, established in 1989, surrounds the chain of islands giving them a protected feel. The keys are a unique ecosystem where tourism, wildlife, reef conservation and diving coexist. 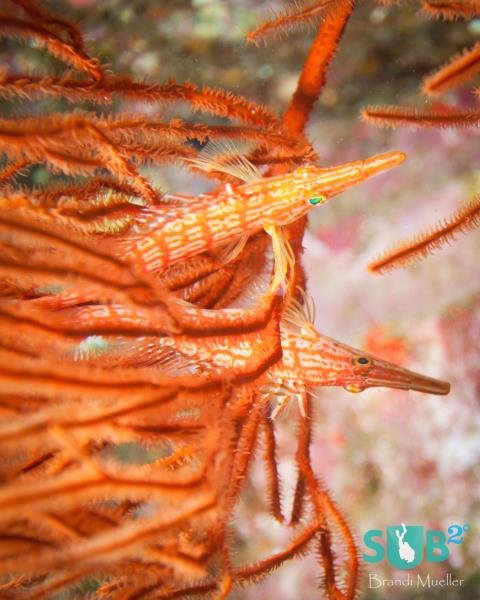 For those visiting the United States to dive, Florida offers warm clear water but California should not be overlooked. California diving is not for the faint of heart. California's Pacific Ocean is deep, cold, dark and swift. The kelp beds that rise from the seafloor offer an underwater jungle where sea lions, schools of anchovies and sharks make their home.

The Channel Islands off the pretty city of Santa Barbara offers some of the best kelp forest diving in the Pacific. Heading north up California's coast you find the surfing and diving mecca of Monterey. The Monterey Bay Aquarium is arguably the most famous marine aquarium and marine conservation center in the United States. The entire town seems to hold an appreciation for marine preservation and underway exploration.

Hawaii is the remote Pacific beauty of the Unites States, with stunning landscapes and a love for water sports. The beaches of the Hawaiian islands vary greatly in intensity of surf and current, some shorelines have pounding waves making it impossible to dive. Other beaches offer coves and inlets with shallow, calm waters ideal for shore diving or close off shore boating excursions. Hawaii offers the surf of California and the warm waters of Florida.

The most popular USA dive sites are concentrated along the southern Gulf Coast and Atlantic coasts of Florida, as well as the kelp forests off California and some dive sites off south Texas. There are also numerous dive sites off the Hawaiian Islands and the many freshwater springs, lakes and quarries scattered throughout the inland continental United States.

There are many different kinds of dive sites off southern Florida from wreck dives like the USS Vandenberg six miles off Key West to casual, shallow shore dives. Snorkeling and shore dives are easily accessible from U.S. Route 1, the highway that links the 200 plus islands making up the Florida Keys.

The famous Christ of the Abyss is very close to shore off Key Largo. The famous bronze statue of Jesus rests in just 25 feet of water. Shallow, clear 80 degree F temperature waters spread out for miles surrounding the 100 plus mile string of islands making up the Florida Keys. 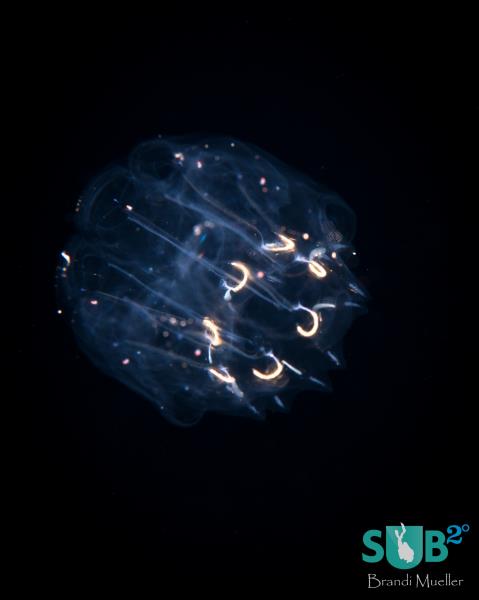 The area is rich in sea life and reef. It is a common sight to see dolphin, manatee and countless bird species along the waterways. Fishing is popular from the many piers and trophy deep sea fishing expeditions eagerly compete for customers.

Dive sites lie off shore from South Padre Island on the southern coast of the state of Texas. The Texas Clipper wreck is a short boat ride out to sea from the barrier island. Diving down 74-80 feet hits the deck of the tipped ship and some protruding parts of the ship are in only 45 feet of water.

Water visibility varies, but the water temperatures are relatively warm compared to Pacific temperatures. The ship is one of many American vessels that have been intentionally sank in U.S. water offering an eerie and exciting dive.

If you make it to the west coast, Monterey, California's Monterey Bay Aquarium is a must and inspires many to venture into the ocean to visit the real aquarium. Waters off the coast of Monterey are a fairly steady year round temperature of 48-52 degrees F. It is common and often necessary to wear a wetsuit or dry suit.

It is also necessary to hire a serious dive instructor to prevent the currents from sweeping you away. There is real danger in getting lost or tangled in the dark underwater Giant Kelp forests. There are some shore dives off Monterey's beaches such as the popular Monterey State Beach where beginners can practice scuba skills or just snorkel. The area has sunken boats and an old pier to explore and seeing flounder, octopus and schooling fish is common.

Hawaiian dive sites are as diverse as the 130 islands making up the long chain of Pacific islands. A popular dive site on the big island of Hawaii is the shallow 25-30 foot dive known as Mauna Lani Caves or the Haunted Cavern. This enticingly named dive is accessible only by boat and is located north of Kona on the big island. The caves follow along the reef, some tiny and some large enough for many divers at a time. This is a great place to see the Green Sea Turtles so beloved in Hawaii.

Many Americans enjoy diving and get their open water diver scuba certification in freshwater lakes or quarries near their local landlocked dive shops. USA freshwater scuba diving sites exist in most states. Pennsylvania's Dutch Springs is a surprisingly clear, spring fed lake with an Aqua Park and camping.

Dive shops all along the east coast of the United States use the family friendly Dutch Springs for certification and training purposes. The caverns and perfect visibility of north Florida's Ginnie Springs is a classic example of Florida's inland, freshwater diving options that should not be missed.

There you can get a glimpse of the American freshwater eel. Born in the Sargasso Sea in the north Atlantic the eels make their way into Florida's freshwater rivers and amazing limestone cave and spring system.

The Los Angeles area in southern California is historically where diving was born in the United States. In 1948, the first Aqua-Lungs were sold in Westwood, California in the L.A. area by Rene Bussoz, a relative of Jacques Cousteau and the frenzy of diving began to spread throughout southern California.

The Eco Dive Center is a huge dive shop in Westwood that continues the tradition of state of the art scuba diving gear and training. Flights into LAX International Airport deliver you to the playground that is southern California.

Further up into northern California there is the lively town of Monterey accessible by air through the small Monterey Regional Airport or a couple hours drive south of San Francisco International Airport. Started in 1970 in Monterey, California Aquarius Dive Shop is one of the most acclaimed dive shops in California and the country. 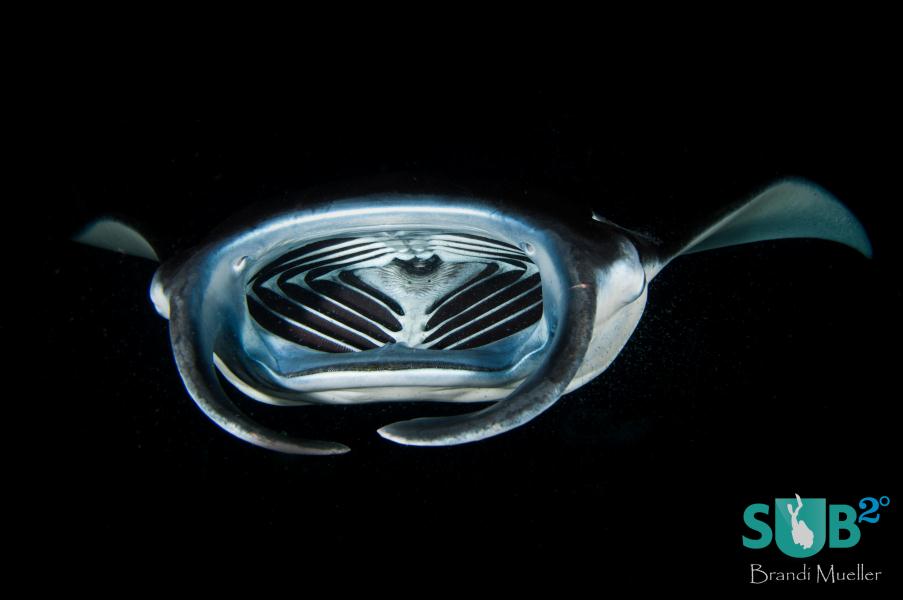 It is the only shop in Monterey to offer year round dive trips and a full time course director. The best dives in the Monterey area are accessible by boat through Aquarius Dive Shop or one of the many other local dive shops in town. Many diving excursions depart from Monterey and go up to the Big Sur wilderness north of the San Francisco Bay or down south to the Channel Islands near Los Angeles.

California may have been where America's passion for diving was born but today Florida boasts the highest concentration of dive shops in the USA. Sarasota, Florida is the home to Florida Underwater Sports, one of the largest and most prominent, highly rated dive shops in the Tampa Bay area.

A PADI 5 Star Instructor Development Center, the shop offers advanced scuba training, a huge selection of scuba gear and day and overnight dive excursion options. The calm waters off the Tampa Bay are ideal for beginner divers or those looking for a few nights out on the relatively calm waters of the Gulf of Mexico. Jim’s Dive Shop is a small local dive shop in St. Petersburg in the Tampa Bay area.

The Florida Keys boast many dive shops. Conch Republic Divers at Tavernier Creek Marina is an example of a small, busy dive shops along the keys. Because of the competition, most of the dive shops in the keys specialize in instruction, boat excursions, equipment sales or equipment rentals.

Dive shops in the keys gain access to specific regions so that certain dive sites or regions are not overused. Conch Republic Divers has access to the reefs from the southern edge of John Pennekamp Park near Key Largo south to Alligator Light near the island key of Islamorada.

Hawaii is another state that boasts a high concentration of dive shops. There are numerous large and small shops on most of the major islands. Kona Honu Divers is a small, busy dive shop in Kailua Kona, on the big island of Hawaii. Like most Hawaiian dive shops it offers instruction, rentals and boat excursions around its surrounding island.

Getting around in Hawaii is easy once you make the long flight into Honolulu International Airport on the island of Oahu. Short, reasonably priced hop flights between the many small regional airports as well as the boats available for hire or for rent allow movement and exploration between the many islands.

As far as airfare, accommodations and general cost of food and goods, Hawaii is the most expensive area to dive in the USA. California is a middle ground, though near the cities the cost of living is noticeably higher. Florida, of the three mentioned states, is the most affordable and accessible to overseas tourists looking to scuba dive in the United States.

Florida also offers the most accessibility to live aboard dive cruises and large commercial cruise liners. Ships constantly depart from Florida's southern cities on their way to the Bahamas and the Caribbean islands.

All Other Articles by Heather