Every fun loving individual knows too well that no vacation can be complete without at least one water activity. Whether it is sailing, swimming, diving or just enjoying your time at the shores of the sea, they make your vacation more worthwhile.

Even better if it is done in the vast waters where diving and sailing is just unforgettable. Croatia's Vis Island is the place of choice for any hydrophic's ideal vacation. Apart from the fact that it is located in Croatia, best known as the sailor's and diver's island, it is the most protruding Croatian Island.

It is also the farthest from the mainland making it the cleanest, quietest and most peaceful part of the Adriatic region. Vis Island is quintessential of "the Mediterranean as it once was" which has made this a slogan sought after by tourists from all over the world. 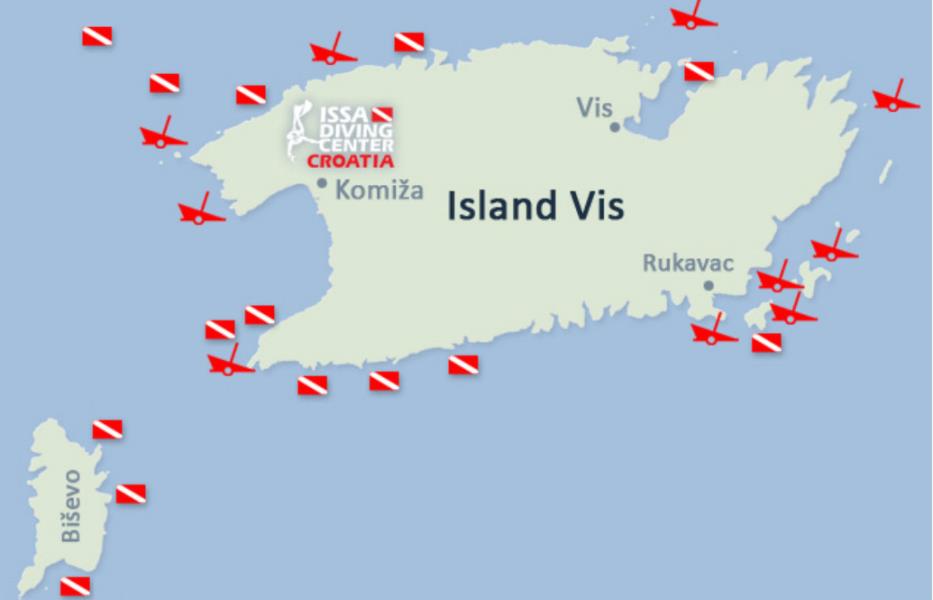 Vis has a deep history and its monuments, villages, ruins and architecture in general perfectly tell the story. This island is totally hidden from the mainland by the Islands Solta, Brac and Hvar hence making it isolated, the main reason as to why it has retained its pristine beauty over a very long period.

This island was once declared a military zone in 1944 and was only made accessible to foreigners as from 1989. On this island, you can walk around and have a view of the remains of ancient buildings dating back to the 15th century. These ruins mainly belong to the Great colony Issa which were the first settlements on this island, spas, a theater and the famous Franciscan monastery.

The remains of the Roman Port can also be seen under the sea around the peninsula. There is a museum located in the fortress built during the Austrian rule within this island with both ethnographic and archaeological collections that will give you a fair share of Croatia's history and culture. Its architecture and some of the local Croatian dialect vocabulary has a great Venetian history due to the fact that the Venetian rule had so much influence on this land until 1797.

Its close proximity to the sea and the pristine beauty of its coasts make this a great place for diving and scuba diving. Its Southern coast has undergone centuries of sculpting by water waves and erosion, leading to the formation of beautiful underwater caves, beaches and coves that will definitely add to the thrill in diving these waters.

Most of its coasts are much higher than sea level which provides a perfect platform for diving. The Green Cave is one of those underground caves that make Vis even more unique by its incredible green illumination caused by reflection and refraction of light as it traverses through the Adriatic waters, a wonderful experience for any diver. 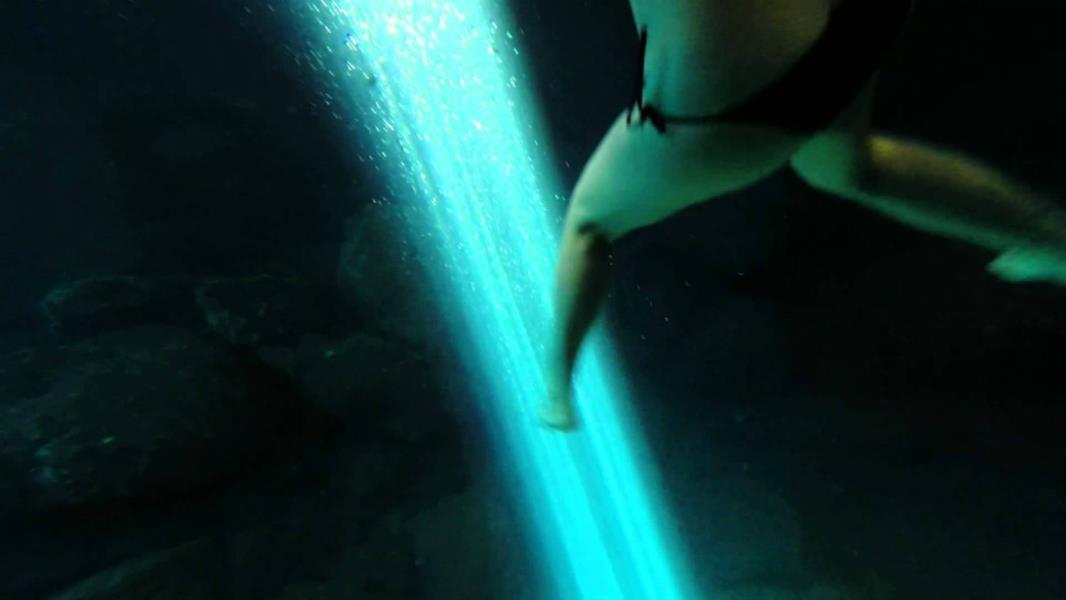 Diving and swimming through a shipwreck is usually a dream come true for most if not all divers. Within the Croatian Adriatic, especially around the Vis Island, there are numerous giant sunken ships that have stood the test of time right at the bottom of the sea. 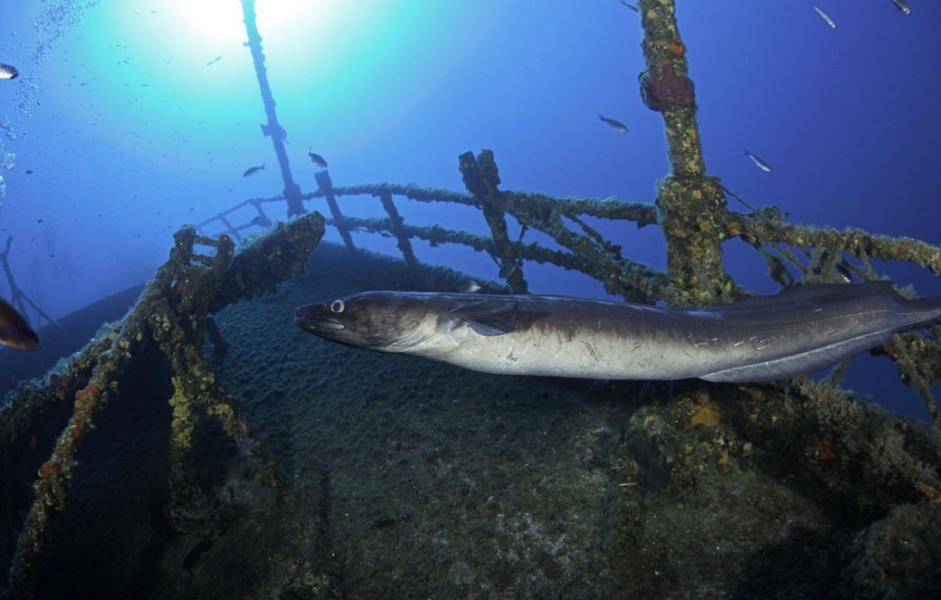 The mere sight of a ship covered in corals and sea shells is a great lifetime experience. You could also get a chance to find an antique vase for a souvenir or even luckier if you find an unearthed treasure. Apart from the very famous Brijuni shipwreck that sunk due to a storm in 1930 as it transported wine and tobacco, there is also the Boeing B-17 Flying Fortress plane wreck that crashed into the Adriatic in 1944.

It has a massive 103-foot wingspan and the clear waters provide the best view of how intact this wreck has remained over the decades. The Brijuni is characterized by a very huge propeller observable at 40 meters of depth. For safety purposes, divers are usually accompanied by trained diving guides. An underwater camera is the last thing you should forget during these escapades. 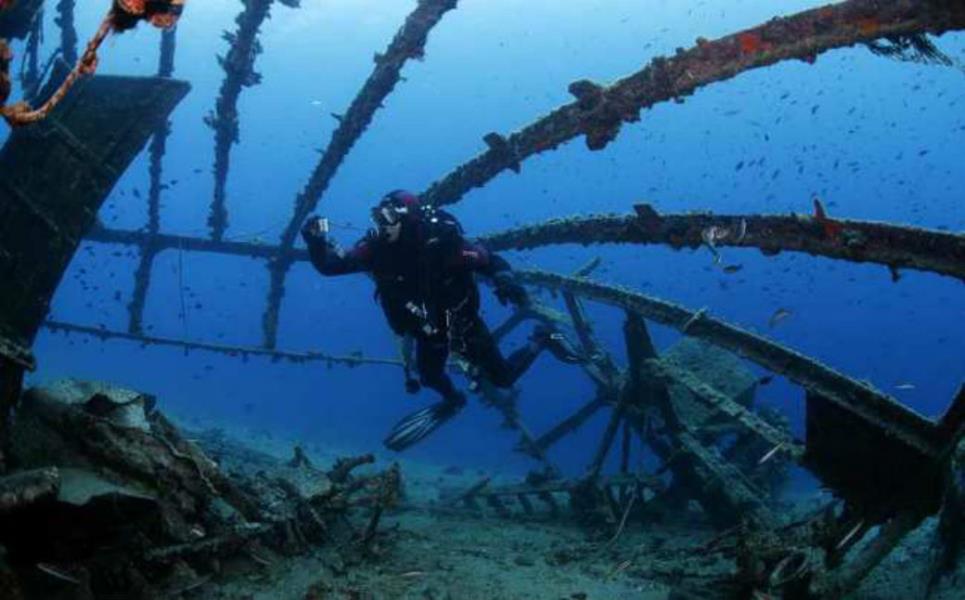 How to Get There

The airport at Split has always come in handy in terms of exposing Vis Island to the whole world especially for those visiting from other continents. From the Split Airport, you need to take a taxi transfer to the city center from where you can easily access Vis by ferry or water taxi.

You also have a better choice of taking a vessel from a boat rental in Croatia and having an unlimited great time sailing, diving, swimming and island hopping within the Adriatic's vast waters. Vis has main roads that lead to Vis and Komiza towns which are the largest settlement areas of this island and are also great departure points to other Adriatic islands. Vis is considered as this island's headquarters while Komiza is a picturesque fishing village which prides itself of fishing and water based activities.

Accommodation is never a hassle at Vis. There are numerous tourist resorts, self-contained apartments, hotels and tourist homes that offer superb hospitality services at very affordable prices. Food and wine are also things you shouldn't miss. The local food and the popular traditional wine, Vugava, will always have a special place in your heart once to have a taste of them. Vis Island is a great place to live, party, find peace of mind, dine, swim, sail and tour.