Ocean Threats Series - The Problem of Shark finning - Part I

WHAT IS THE PROBLEM?

A little bit of history

As objects of fear and attraction, sharks are fascinating animals. They have populated our seas for around 400 million years, proving their high adaptation to the marine environment. But their evil reputation doesn’t help conservation efforts. Besides habitat loss, pollution, and accidental catches, these animals suffer from another threat: shark finning.

Famous oceanographer Sylvia Earle once said: “the problem is not man-eating sharks, is man eating sharks". The practice of shark finning has become common worldwide. It consists of cutting a shark’s fin off while it’s still alive. The shark is then thrown back to the ocean, as its meat is considered of low economic value. Once back in the water, the shark’s future is grim: it will die in days, whether it’s by starvation, getting eaten by other animals, or by drowning (because they need to move constantly to allow oxygen through their gills). The practice is executed worldwide, but more in Asia – especially China.

The fins are mostly used to make soup. The tradition has originated in China, and often served and appreciated as a display of status. The dish is a delicacy, served at many important events and occasions, like weddings and business meetings. The soup is flavored with chicken, so the shark fin itself doesn’t add taste, only texture. Yeah, you read it right. Sharks all around the globe are being killed and transformed into soup, and people are not even enjoying their flavor.

Where are we heading?

For the IUCN’s Shark Specialist Group, the unregulated shark fin trade represents one of the most serious threats to shark populations worldwide. Currently, 30% of shark species are threatened or near threatened with extinction on the IUCN list. As a big percentage of shark fin trade runs through the black market, it is difficult to estimate exactly how many sharks are killed per year, but the Global Shark Conservation team, from PEW Charitable Trust, say this number can be about 73 million sharks. One thing is for sure, they are far too many and unsustainable, with exploitation rates exceeding the average rebound rate for many shark populations.

In spite of that, legally, any member State of CITES may choose to exempt themselves from provisions of the treaty for specific species: the so-called reservations. That was the case for some countries - namely Japan, Guyana, Iceland, Greenland, and Yemen. The majority of the member States, fortunately, decided to keep the protection measure. The practical results of this conservation effort… only time will tell. 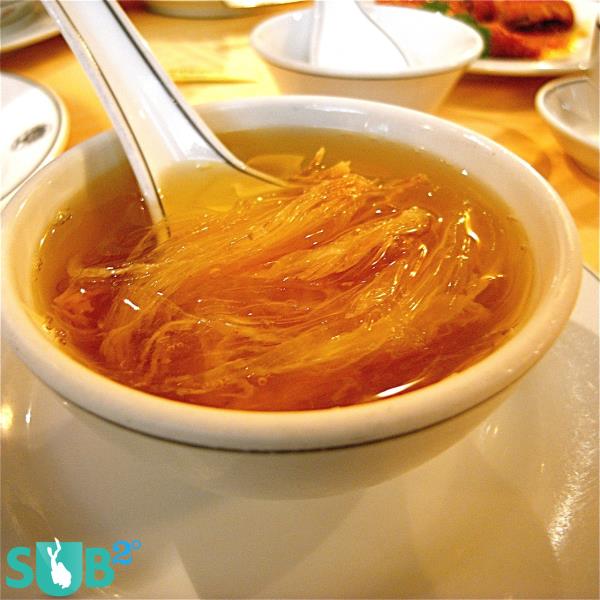 HOW SHARK FINNING AFFECTS THE SEA AND PEOPLE

Natural communities have a fragile equilibrium. Take one element of this fine balance, and all the others will break down. Ocean predators like sharks are particularly fragile, since they sexually mature late and only raise a few pups a year, their population recovery is time-consuming.

Large species of sharks are apex predators, thus playing an important functional role in ecosystems. The removal of important predators can generate a cascading effect on the subsequent trophic levels. For example, in the US East Coast, the decrease of large sharks such as black tip and tiger sharks led to the increase of some shellfish feeding skate, rays, and some shark species. As a result, shellfish numbers decreased, and, with them, the water quality (as shellfish are important filtering animals).

Sharks can also influence the behavior of their prey, preventing over-grazing of habitats. In Hawaii, for example, scientists found out that the presence of tiger sharks kept marine turtles in check, preventing them from over-grazing seagrass beds. In Caribbean and Pacific coral reefs, the loss of predator sharks led to a spike in grouper population that feed on herbivore fish. The result was a decrease of the algae feeding parrotfish, essential for keeping the coral algae equilibrium.

Top predators are also elemental to ocean and environmental health. They keep bacterial growth in check, by feeding on carcasses and exceeding fish that might otherwise be consumed by marine bacteria. Besides, they hunt old, weak or sick prey, thus helping keep a strong and naturally fit population.

Do you think your health is important?

Because sharks are on the top of the food chain, and eat a lot of fish in their relatively long life span, they are known to accumulate a high concentration of heavy metals and other toxics present in their prey (a process known as biomagnification). The United States Environmental Protection Agency (EPA) actually recommended no consumption of shark meat to pregnant, or nursing women, due to the high levels of mercury. Another study in Chile also pointed out high levels of lead in blue and mako sharks, constituting a risk for human health.

So, you’re probably wondering what can we do to help our sharks? Keep on reading; part 2 will fill you in!

This is a post for the series Ocean Threats. In the series, we will discuss the main issues menacing oceans worldwide: the state of the problem, how it can affect ecosystems and people, and practical ideas of how we can help keeping our seas healthy. Are you ready to fight for our ocean? Then, ahoy mate, jump aboard!