Home Island of the Snakes
0
8

Picture this: you are traveling upon a flat calm ocean with nary another boat for hundreds of miles. Upon the horizon, a small island appears like an emerald jewel upon an otherwise empty sea. As you approach the island, it becomes apparent that it’s completely uninhabited by none other than a large colony of boobies, terns, and frigate birds. It is the perfect place to dive into a deep blue sea with no other divers around.

As you drop off the side of your boat into luxuriously warm, clear water and descend along an endless vertical wall, you suddenly sense that you are no longer alone. Out of the corner of your eye you see a large sea snake, then another appears beside it, and a third swims along the wall in the opposite direction. Suddenly you are surrounded by sea snakes. 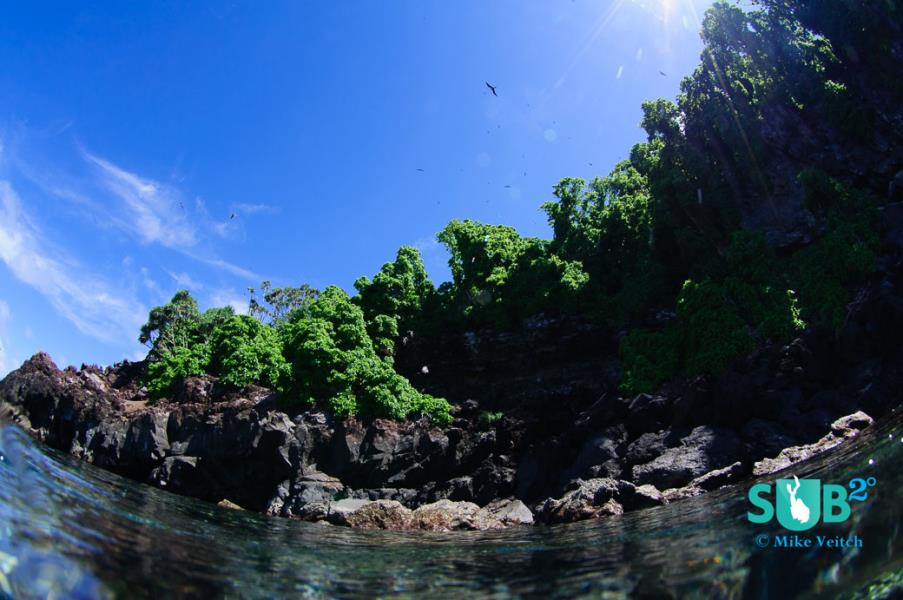 How would you react in this situation? I know a lot of people would pull an Indiana Jones in “Raiders of the Lost Ark” and immediately start planning their ascent while muttering, “Snakes, why did it have to be snakes?” However, scuba divers tend to be a different breed than most normal humans, especially underwater photographers, and they would relish the opportunity for a dive like this. Luckily for us, divers, unlike the “Lost Ark”, this “Island of the Snakes” actually exists.

The island, known as Gunung Api (Volcano), lies like a lone sentinel 200 nautical miles north of Alor in the Banda Sea of Indonesia. Rising from a sea that reaches more than 7000 metres in depth, rich azure water surrounds sheer vertical drop offs that fall away precipitously from the shallows along some of the most impressive walls a diver can hope to see. The clarity of the water is incredible and on an average day the visibility may reach up to 30 metres or more. The sunrays here seem to have a magic quality, creating a never-ending supply of “God's rays” in the water column.

As a small island in the middle of an open sea, Gunung Api offers divers healthy populations of schooling fish, colourful soft corals, amazing drop offs, and the ever present feeling that something large can appear out of the blue at any time. Any of these attractions are qualities that would keep any diver satisfied over a day of diving in any location. 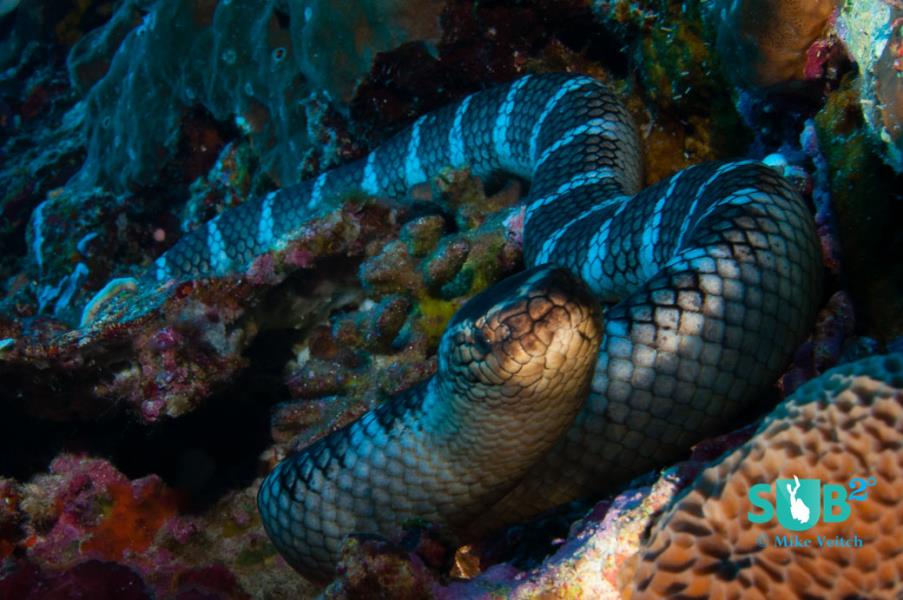 However, the biggest attraction of this island is undoubtedly the incredibly large population of sea snakes- incredible for an island in the middle of nowhere. Hundreds (or thousands) of Chinese sea krait (Laticauda semifasciata) inhabit this island for no reason other than their evolution to fit the maximum sustainable population for their eco-system.

There is nothing quite like a dive in Gunung Api, from the moment you descend along anywhere on the island you immediately encounter one, two, three, five, and even ten or more sea snakes. 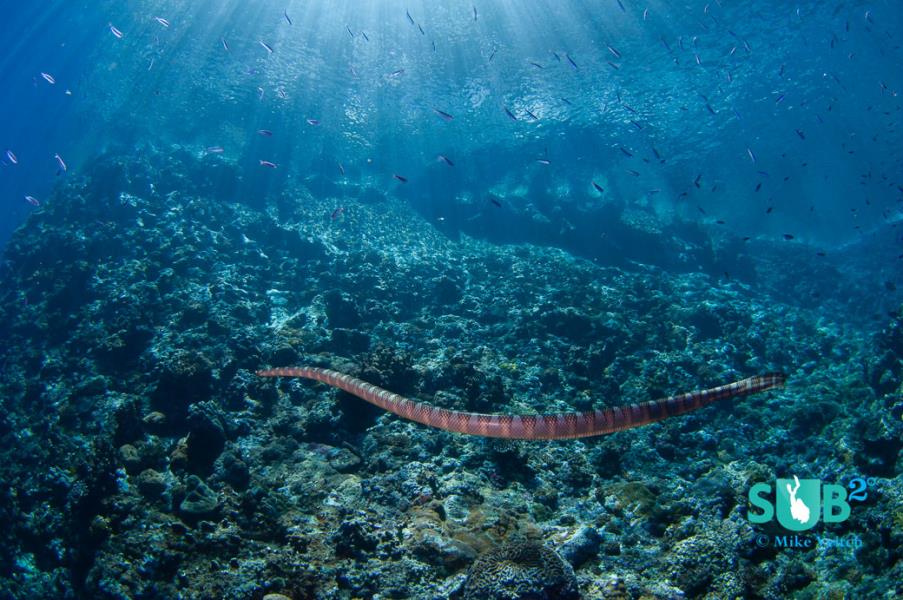 Unlike their land-based relatives, sea snakes are not overly aggressive, and their large population on this island is the perfect study of how they differ from their relatives. These sea kraits are very curious, and have no fear of humans whatsoever; they willingly swim up to divers to investigate this new intrusion is to their environment, startling divers who aren’t expecting a close encounter.

Sea kraits are known for their highly venomous bite, but equally known for their calm disposition; therefore, it’s rare to hear of any divers encountering issues with these beautiful snakes or any of their other sea krait cousins. In fact, these snakes will allow photographers to approach at will and take dozens of photographs without showing any signs of aggression whatsoever. 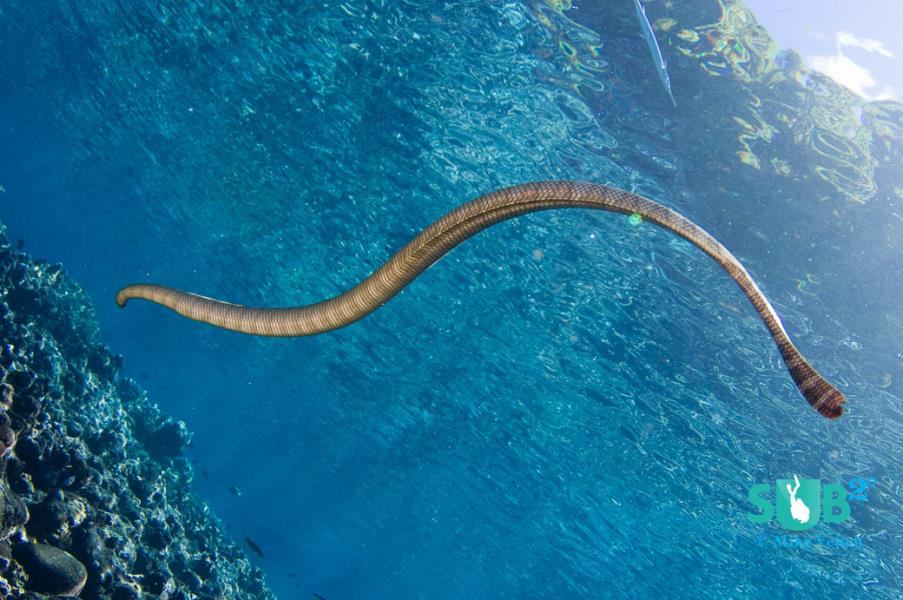 It’s common that the resident snakes swim up to divers and inspect them in an up-close-and-personal fashion, including tucking up inside a BCD. This might not be the dream dive for someone with a healthy fear of snakes. However, divers and photographers who are eager to encounter a rare yet incredible experience will consider a visit to this lonely outpost a highlight of their diving career.

Exhibiting behaviour not seen in many other locations, these snakes will also scour the reef as part of a pack hunting for prey. Seeing a large group of snakes all swimming together is certainly a sight to behold. At certain times of the year, the snakes exhibit mating behaviour and the numbers seem to swell, as the entire population of the island descends upon one area in order to copulate over a short time. For the few folks who have witnessed this incredible mass aggregation, it is an unforgettable experience. 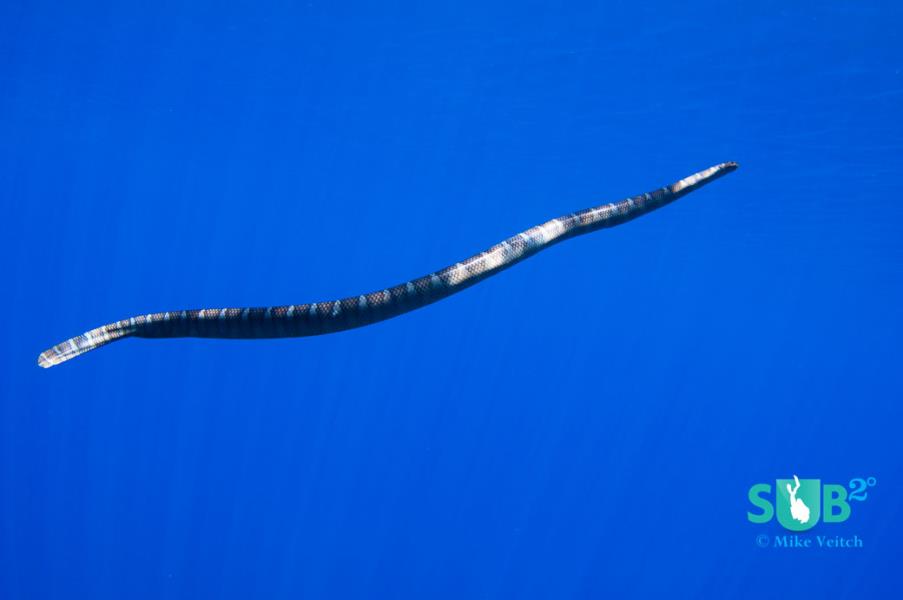 The island of Gunung Api is only reliably accessible for the months of October to May, with the best periods being October-November or March-April, as the winds and seas are typically calmest at this time of year.

If you would like to visit this incredible island, check with an Indonesian liveaboard that spends time in both Raja Ampat and Komodo each year, as these will be the boats that may stop in at Gunung Api once or twice a year.

So what are you waiting for? Grab your Fedora, channel your inner Harrison Ford, and start planning your journey to the magical Island of the Snakes.