Diving in the UAE can be categorized into 3 parts: the East Coast, the West Coast, and Musandam, which is in the West Coast as well, but it deserves its own category.

The West Coast, the coast along which cities such as Dubai and Abu-Dhabi are located, is the most abundant with dive businesses but the diving is rather mediocre at best. There is an almost complete lack of coral life and frequently terrible visibility, caused by the natural landscape of the Persian Gulf, the relatively shallow waters, and in recent years, the dredging projects. The most interesting dive, nay, the only interesting dive sites on the West Coast are wrecks, which are quite a few. Unfortunately the bad viz often ruins these dives, but not always.

Some notable and relatively well-preserved wrecks have to be Zainab and MV Ludwig - both of which can be a great dive, provided the visibility is good. The best way to access them is from an Abu-Dhabi based dive operation - preferably one that has been around for some time, since finding these wrecks can be rather tricky.

With an abundance of highly experienced dive operations, such as Al Boom Diving, The Pavillion Dive Centre and Technical Diving Institute, as well as mostly warm waters, the East Coast of UAE is a great place to get certified up to all possible levels. Instructor-level courses are run by Mohammed Helmi - a PADI course director working out of Al Boom.

The East Coast of the UAE can be broken down into 2 parts: Musandam and UAE. Musandam is technically Omani territory but is not connected to the rest of Oman by land. Further south from Musandam is the UAE coastline. Diving in Musandam is mostly done from UAE. 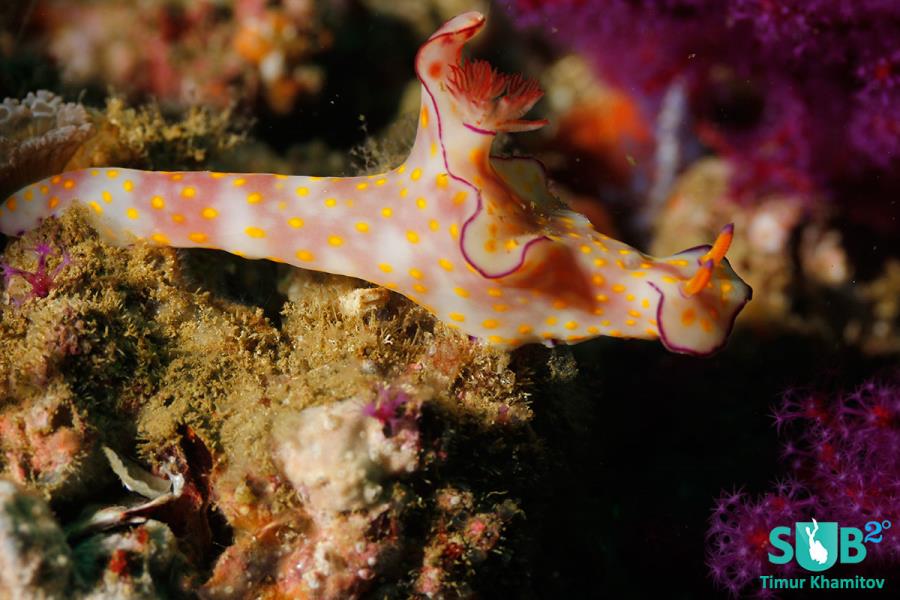 The East Coast of the UAE offers significantly better diving than the West. Unlike the West, the East coast consists of mountainous terrain, with rocks bordering the sea in a number of places, particularly in Musandam. Khorfakkan and Fujairah are the biggest cities along the West Coast, and there are a number of dive operations working in that area, mostly attached to hotels.

The coral life in the UAE (not in the Musandam part of the West coast) is present but not amazing, and there are quite a few wrecks in that area. Some of the more famous sites are 'Martini Rock', 'Pinnacles', and from the wrecks - 'Inchcape 1' and 'Inchcape2'. The Al Boom Diving in Le Meridien Al Aqah is a very solid dive operation, as well as 'Blue Planet Diving', which is run by an extremely experienced instructor.

The holy grail of diving in the UAE is undeniably Musandam, which is – as mentioned- technically not part of the UAE, but rather belongs to Oman. Musandam is a heavily mountainous peninsula that is almost entirely uninhabited, with only a couple of villages located in pockets of beach, located in lagoons. 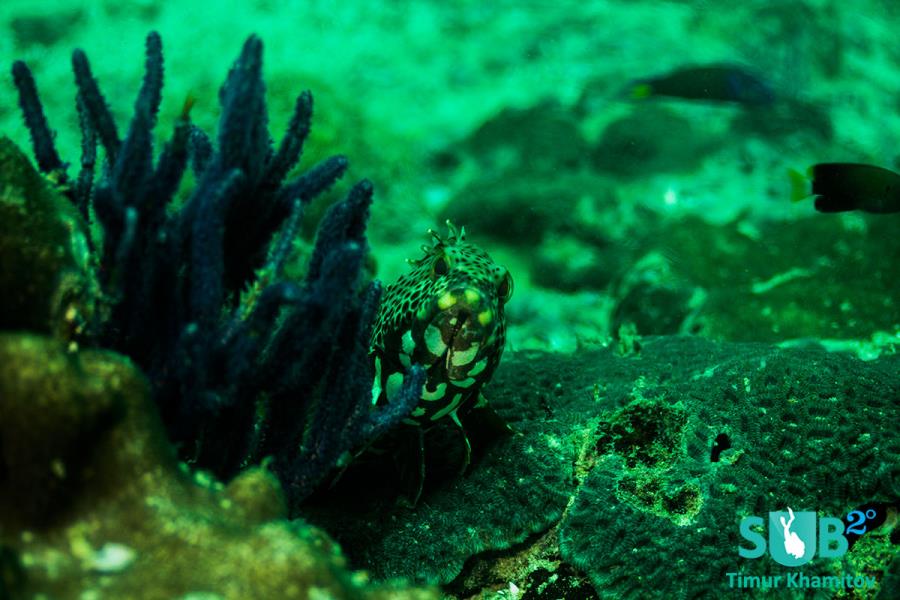 The coastline consists of mountains dropping directly into the sea with some incredible above and below water landscapes and sights. There are a number of little Islands that are usually close to the main coastline, which create some really interesting dive sites as well. For anyone visiting or living in the UAE, Musandam is definitely the area to dive.

I would roughly describe the general seasons of the UAE as winter, pre and post summer, and peak summer. The water temperatures are relatively similar in all 3 general areas (East, West & Musandam).

During winter months, approximately from November to March, the water temperature drops between 21 and 23, sometimes as low as 20, and is also usually complemented with bad visibility. During these months, I have noticed a reduction in the level of business of dive centres. It’s advisable to wear at least a 7mm wetsuit, or as many do, a dry suit. 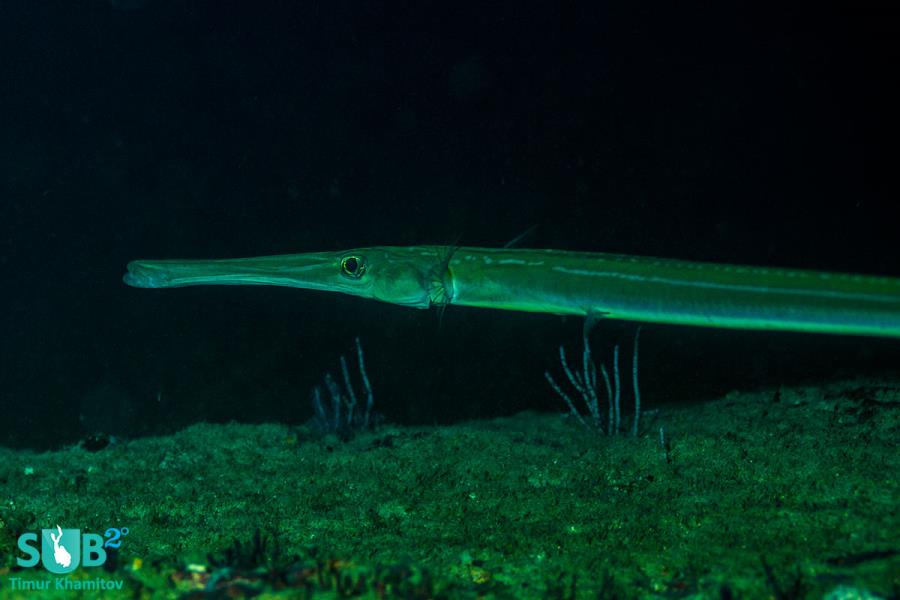 The hottest months of the year are June, July, and August. Although the water temperature is really comfortable during these months, the air temperature is usually very high – up to 50c, and it’s uncomfortable for a day of diving outside. The visibility is usually not great during these months either. The best months would have to be April, May, September and October.

The UAE is a great place for beginner divers, those looking to get certified or just get acquainted with diving. Outside of Musandam (technically Oman, but for all extensive purposes of diving there it can be considered a part of UAE), the diving is not spectacular. The visibility on the West Coast - Dubai, Abu-Dhabi, Sharjah, RAK is pretty bad most of the year, partly due to the relatively shallow Arabian Gulf, the sandy bottom, and the artificial dredging going on as part of the construction of the Palm Islands.

The most exciting dive site in the West Coast is probably the Aquarium in Dubai Mall, which is filled with all kinds of sharks and stingrays. 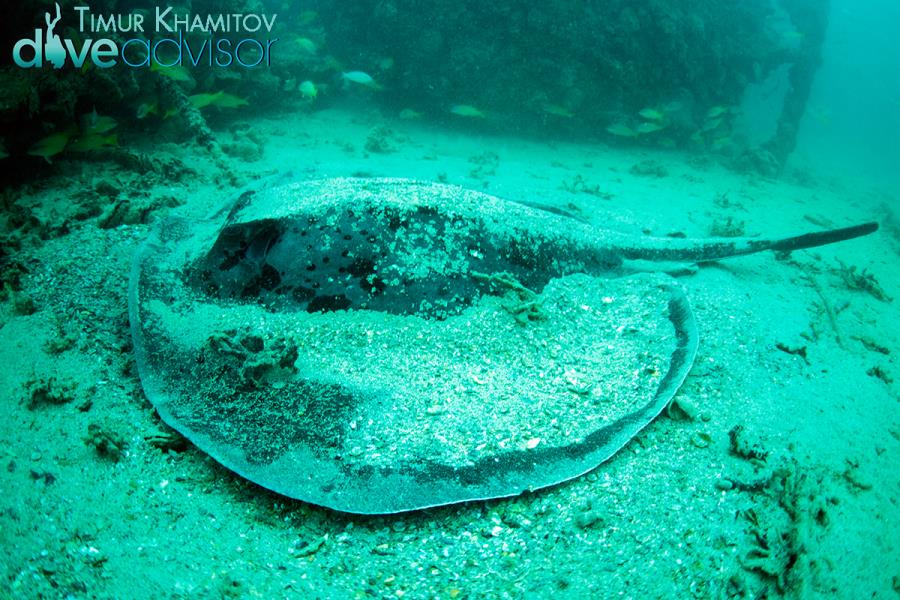 There are a also a couple of wrecks that are worth exploring. Apart from wrecks, there are no coral reefs, and there are essentially no notable dive sites in the West Coast. MV Ludwig and Zainab are some of the more well-known and preserved wrecks, although there are some barges close to the Dubai that can be a nice dive when the visibility is good. The West Coast is a great place to get certified or get a more advanced certificate. There are quite a few long established dive operations, and the sea is at a very comfortable temperature for around a good half of the year.

The east coast has better diving with quite a lot of relatively shallow dive sites that have nice coral life and a decent amount of marine life. The West Coast has been known to be a spot for whale shark encounters, although this applies more to Musandam than the UAE part of the Eastern coastline.

Dive sites like Martini Rock and Pinnacles are great for photographers, and there can be quite a number of interesting marine animals such as Murray eels, sea snakes, lionfish, lobsters, stingrays, barracuda, tuna, and some critters. Musandam has a similar landscape and marine life, but in more abundance. There are generally a lot more corals and marine activity in Musandam. 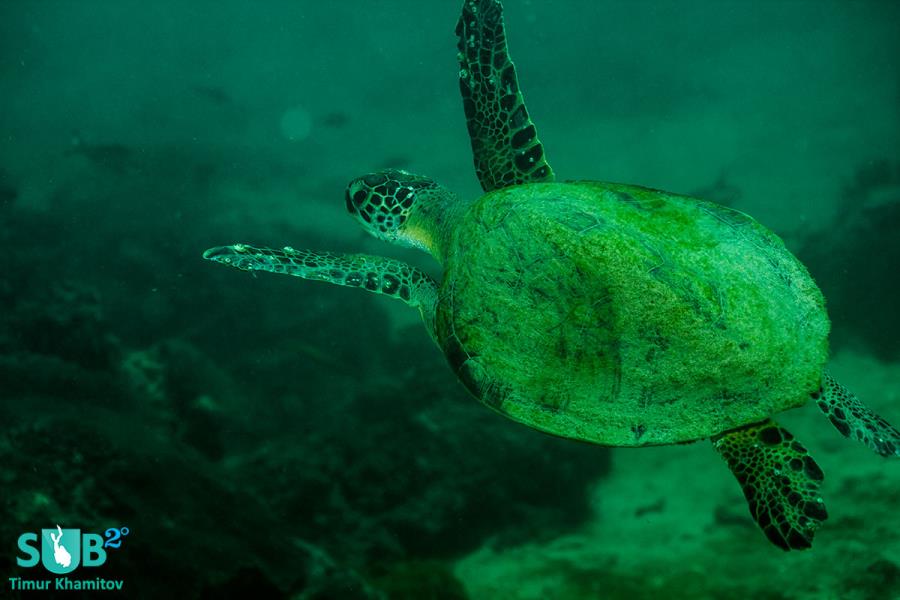 In Musandam - Lima Rock, Caves, Octopus Rock and Ras Muravi are some of the notable dive sites, although there are plenty more.

Logicstically, flying into the UAE is extremely easy - there are 3 international airports in Dubai, and one in Abu Dhabi and Sharjah respectively. Diving the West Coast or the UAE part of the East Coast is straightforward - you simply need to find a dive operation that suits your needs and book a day trip, which will usually consist of 2 or maximum 3 tank dives.

Most dive centres on the East Coast can accommodate transfers for guests living in the West Coast, for example, Al Boom, which will pick you up from Dubai, drive you to Fujairah, and then drop you back in the evening. It’s an approximately 2-hour drive from Dubai to Fujairah.

Any dive shop you book with will take care of the transportation logistics.

Diving Musandam is a little bit trickier (but totally worth it). The first complication is that it is necessary to cross the border. There are a couple of things to note here:

There are 3 options for diving Musandam:

Whether you are a visitor or a resident - a day trip is always an option. Most boats leave from Dibba port on the Omani side of the checkpoint. There are normally two kinds of vessels that run the trip - either speedboats or dhows. 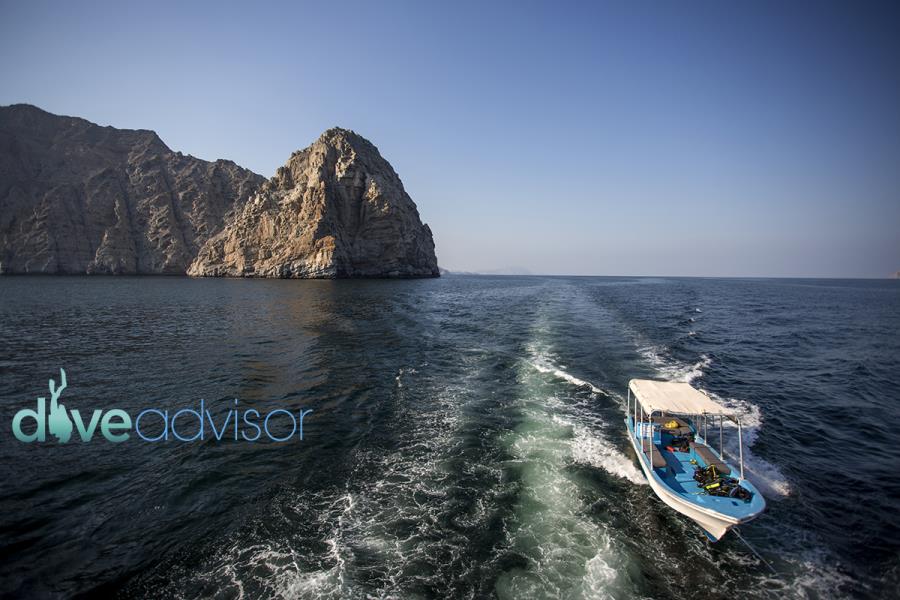 A dhow is a relatively large, usually a 2-deck traditional wooden ship common to these areas, originally used for trading and transportation, but refurbished for tourism.

The advantages of taking a dhow are comfort, i.e. there is plenty of space to lie down and be comfortable on the day to the dive site and in between dives. Onboard dhows, you also usually get a pretty wholesome lunch, including hot food, salads, etc. whereas on speedboats it’s usually a cold sandwich.

Speedboats, however, are much faster, which means that you either spend less time travelling to the same dive sites, or you can go further north to get to more remote dive sites. Normally you would be travelling for at least an hour by speedboat in each direction, and in rough water this can be quite tiring and uncomfortable.

If you are looking for a luxury stay mixed with some good diving - another option is staying in 'Six Senses Zighy Bay' hotel, which has a dive shop in its marina, run by expert divers. The hotel is extremely luxurious, and is quite expensive- but totally worth it.

There have been a couple of companies running multiple-day trips on specially furbished dhows, which is probably the best way to go about diving Musandam, since you get in up to 6 dives over the course of the weekend.

Sheesa Beach is one of the operators in Dibba that has a large Dhow Fleet and runs a variety of overnight trips.

Channel Diving in the Maldives