Photographing saltwater crocodiles in their natural, mangrove habitat is not for the faint of heart.  And I’ll admit I have been known to be the “faint of heart” type. However, for some reason I continue to choose the sorts of activities that terrify me to the core. I believe overcoming our fears is how we grow which is therefore mandatory.

Up until recently, I sheepishly confess my affinity for crocodiles was nonexistent. And therefore, found it difficult to wrap my head around the idea of getting into the water to photograph them.

Yet there I was, several hours from civilization, in the heart of the isolated marine reserve, Jardines de la Reina.

It was a really beautiful, slightly crisp February morning as I sat on the edge of the boat fiddling with my fin straps. It may come as no surprise that my heart rate began to escalate to an uncomfortable degree.

Thoughts regarding the sanity of everyone on board (including myself) began to cloud my mind and I found it difficult to make the final move. The guide reassured me not to worry as he had spent the past 16 years in the water with these crocodiles without issue. 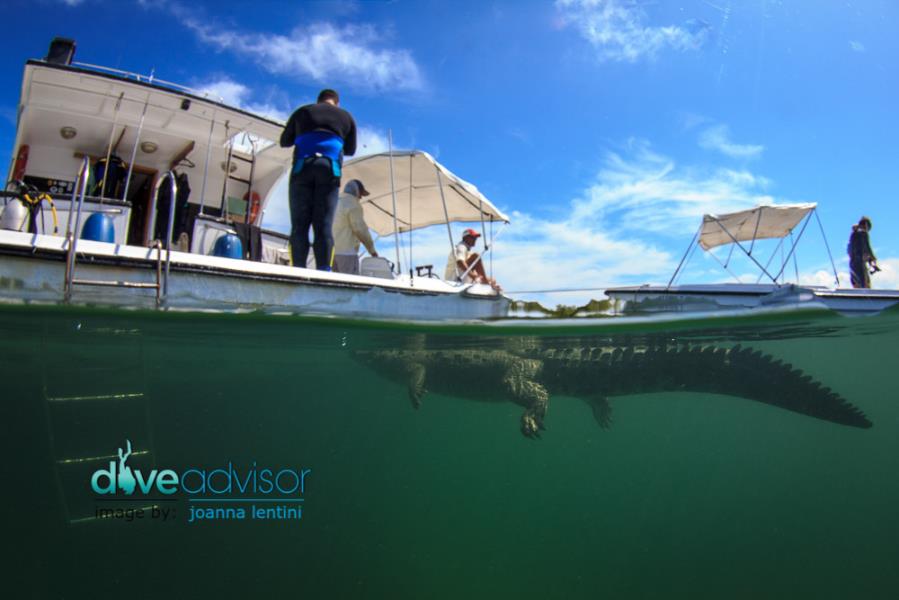 His one bit of advice was to make a quiet entry once I found the courage to leave the safety of the small boat. Two people were already in the water photographing the crocodile and as time passed I began to trust the situation a bit more.

As quietly as I could, I slipped off the side of the boat into the clear, green water channel. The bottom was about three meters deep, and decorated by a bed of sea grass.

To each side of the channel lay an intricate maze of mangroves where the crocodiles live. Moments after entering the water the crocodile made his way over to inspect me.

The only barrier between us was my camera.

I think without the camera, I may have felt more vulnerable. In any case, he loitered around for a couple of minutes but soon lost interest in me.

To my surprise from that point forward it seemed as though we were more interested in the crocodiles than they were in us.

But over the course of a week there were many opportunities to get into the water and continue photographing them. 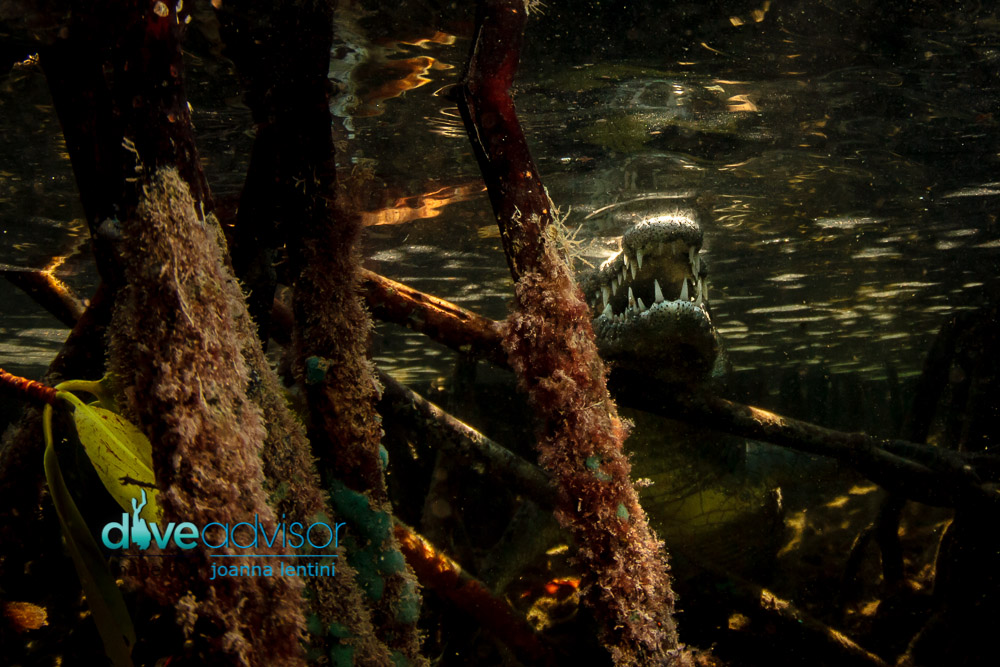 In Jardines, the juvenile crocodiles are affectionately referred to as Níno, or “child” in Spanish.

Thus, upon arrival to the site, the guides will repeatedly holler the name “Níno,” and rather incredibly wild crocodiles arrive to greet them. However, it wasn’t until the final day that we actually met the original Níno who was no longer so juvenile at a lofty 4 meters long.

At the time, the group was busy shooting two smaller crocodiles. It all happened rather quickly and I was a bit startled by their sudden departure. As you may know, crocodiles are very territorial. Therefore, when the larger crocodile, the real Níno, arrived, the other two crocodiles decided it was time to go.

Sure, he was a meter longer and a bit bulkier but still appeared as non-threatening as the other two crocs. Hence, we switched our focus to the newest subject matter and created some lovely portraits of the star of these mangroves.

It seems overcoming fear is a funny thing not just for us Homo sapiens. 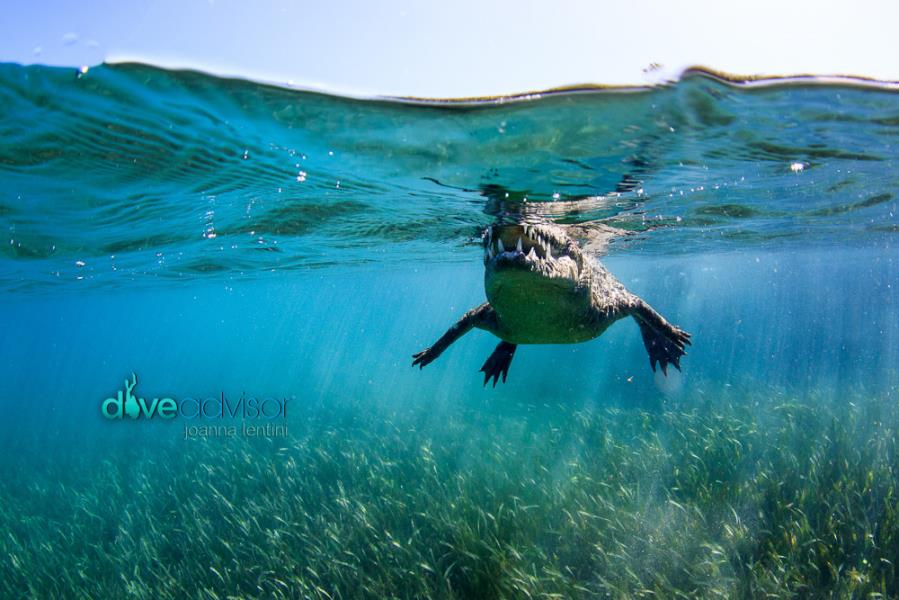 Aside from a few moments when the bottom was stirred up and visibility was nil, the scariest moments remained only in my imagination. For once I was in the water photographing them I felt incredibly lucky to learn firsthand they are not the mindless predators I had imagined them to be.

In fact, they were extremely docile --even a bit on the friendly side. Having had this misconception of them is embarrassing. I love wildlife. Yet I judged, and worse yet, I discriminated for far too long against a creature that has been around since the beginning of time. I wish I had known better.

Next time I will.

On a final note, I will point out the obvious, i.e., that crocodiles are capable of causing harm. As with sharks, some species of crocodile are more aggressive and should be treated with a healthy dose of caution and respect. Disposition varies by location as well.

It seems these particular Cuban crocs have somehow evolved to be the most friendly. Regardless, jumping into the water with crocodiles under any circumstances is undoubtedly a risky undertaking and one has to be willing to accept the consequences.

That being said, I hope as more and more divers enter their habitat and observe these resilient creatures firsthand, public opinion will sway in their favor.