Entering the dive site Nazumado on Hachijojima, an island 287km south of Tokyo, is always a difficult affair as the water is choppy and conditions are challenging. After gearing up at the car park, divers walk down a slippery slope, slowly enter the water holding a rope fixed to the ground and put on their masks and fins while the waves crash into the rocks around them.

On their minds are not just the varied marine life and the many sea turtles below, but also the chance to see the Yuzen or Wrought Iron Butterfly Fish that's endemic to Japan.

As the dive begins, they realize that the difficult entry was worth it. Soon they are at a huge rocky ledge called Umanone with an arch in the middle. It's possible to swim through this arch and onto deeper depths, but a left turn around to the other side of Umanone reveals another scene - a series of rocks, deep crevices, cracks and wall formations that have built up over centuries, where moray eels roam in and out of random holes, red soldier fish hide away in dark corners, turtles swim overhead and green seaweed sway in the mild current. It's buzzing with activity and plenty of marine life that is waiting to be explored.

Grazing in the distance are the black and white Yuzen, taking their time hovering over the rocks and enjoying their latest meal.

At first glance they are unlike other butterfly fish, dark and not particularly noticeable, but knowing that they are only found in Japan makes spotting them quite a special experience. 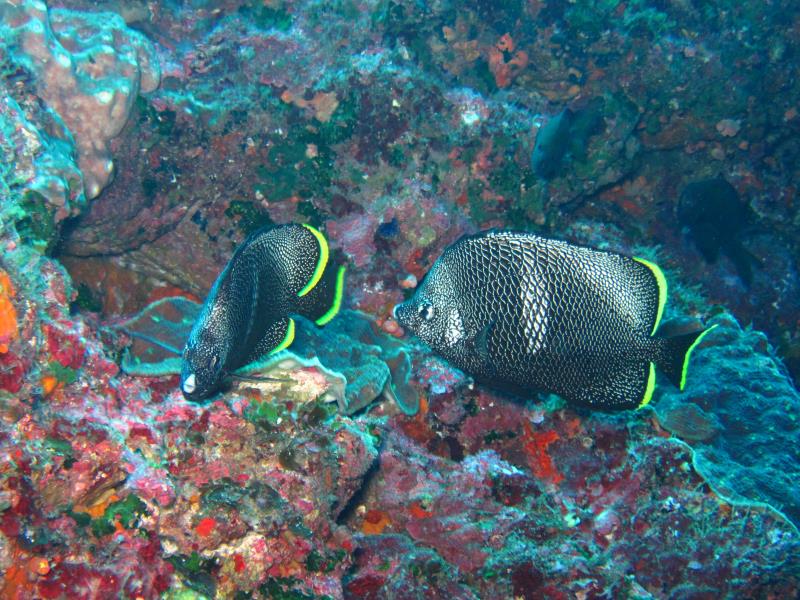 The Yuzen is one of the most unique butterfly fish in the world.

Thanks to its healthy appetite, this subtropical marine fish is capable of growing up to around 15cm in length.

Up close, the white colour is almost silvery and gives out a soft shimmery tone. They are usually found at depths of between 10 and 20 meters in clear outer waters and tend to graze on benthic algae and invertebrates on rocky shoreline reefs. Like tuna, they migrate within oceans typically between spawning and different feeding areas.

They are sometimes kept by Japanese aquarists and are a popular fish in the aquarium trade but as they are quite rare outside Japan, their prices can be high.

Where to Spot Them

The International Union for the Conservation of Nature (IUCN) has listed the Yuzen as Least Concern and states that despite the fish's relatively limited distribution, it does occur in large populations and there are no apparent threats.

It is most commonly sighted in the Izu Islands, Hachijojima and the Ogasawara (Bonin) Islands.

Hachijojima, a small subtropical island with black sandy beaches, warm sea temperatures and diverse marine life, has an area of 72 kilometres and is also the second largest island in the Izu Island chain.

It's a hidden gem that is popular with divers around September and October as the sea is still relatively warm and there are a couple of long public holiday weekends in both months although it's vital to keep an eye on the typhoon forecast.

The famous Kuroshio Current blesses the island with tropical waters year-round and a rainbow of colourful fish and other marine critters awaits.

The Ogasawara Islands, meanwhile, recently became a UNESCO World Heritage Site and consist of 30 or so islands spread out over different locations in the Pacific. Underneath the beautifully clear water lie abundant coral reefs and even a couple of wrecks dating back to World War II.