Norway’s vast coastline is famous for its many great WWII wrecks, so why go wreck diving in a river north of Oslo? I did - and it was a beautiful dive.

Wrecks are most often associated with the ocean, and Norway doesn’t really offer that many fresh water wreck dives. But, built in riveted steel in 1909, the 65 ft. steam-powered tugboat S/S Dølen was never to taste the salt of the ocean. Instead, she lived out her days in a river at the mouth of Norway’s biggest lake, Mjøsa.

Dølen’s rather mundane everyday job was towing dredging excavators. Nevertheless, she was equipped with an elegant mahogany smoking salon, installed to accommodate landowners, insurance companies and authorities. The VIPs would relax in a velvet corner sofa while negotiating the compensation after floods.

The lavatory and the crew compartments were reached through a staircase from the salon, which the steam engine heated. This was new and much appreciated at the time - the dredging often took place during the winter months.

Dølen was also used to tow timber, especially during the war when oil and gasoline were rationed. Coal was often in short supply, but the steam engine could be run with firewood even though it was less effective. 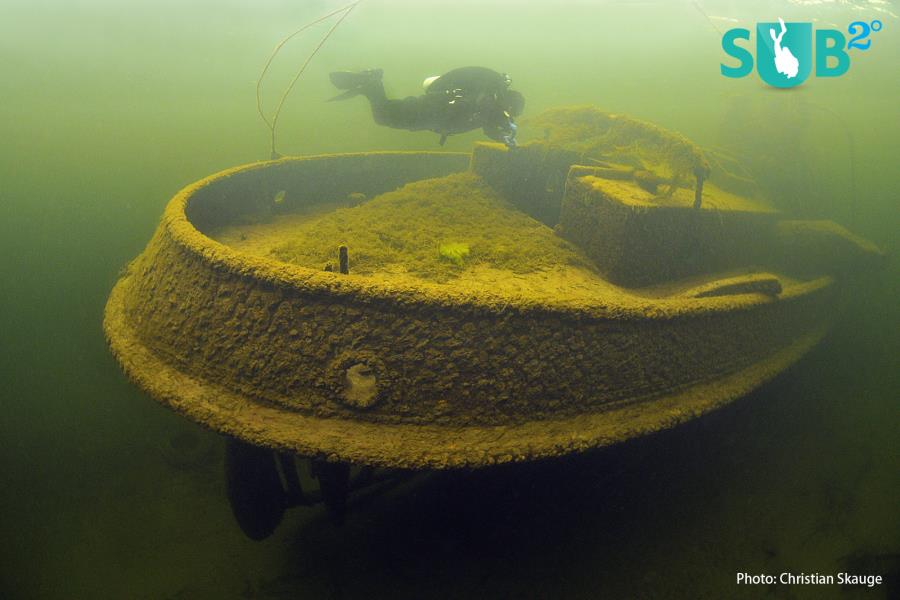 In 1962 Dølen was taken out of service, and laid up. One late April night in 1968, the caretaker was told that she was sinking. Some men went down the river, but could do nothing but watch the little tug increase her list until she sank.

Even though she rested in very shallow water – the chimney was still above the surface – no attempt was made to salvage the wreck. Instead, the bridge was dismantled and parts of it were used to repair another tug, the 34 ft “Start”.

The superstructure with the beautiful mahogany salon was lost during a failed salvage attempt in more recent years. Only the lower part of it remains, amidships above the steam engine.

S/S Dølen rests on her keel in very shallow water. Depending on the water level in the river, the depth is 0-50 ft. She is starting to disintegrate, but is still largely intact – much more so than wrecks found in shallow water in the ocean. Behind what remains of the superstructure is a beautiful skylight just meant to provide headroom under deck – it wasn’t tall enough for portholes. 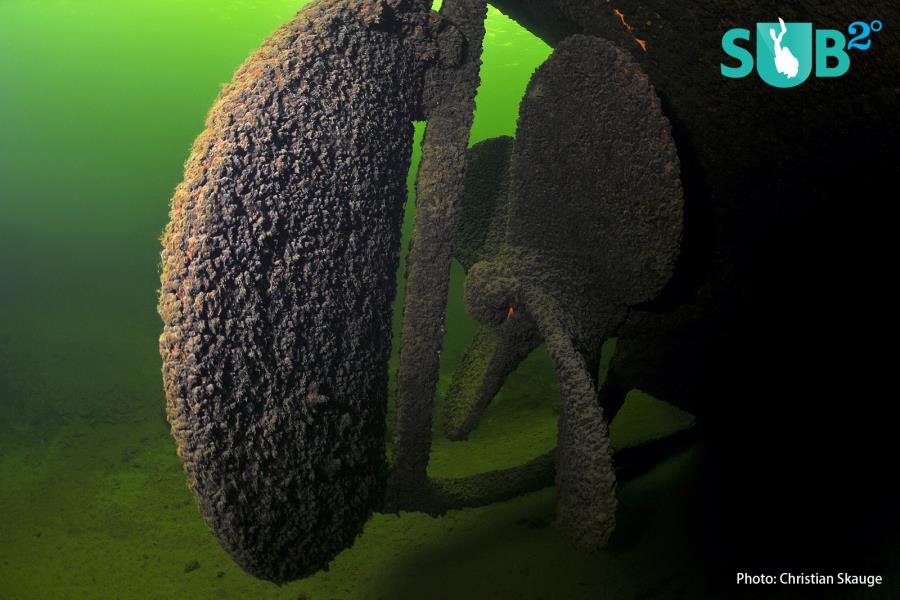 The chimney has rusted off and broken in half – one part still on the wreck, the other on the bottom on the starboard side.

From the aft deck, it is still possible to reach the captain’s cabin through a staircase. The handsome teak panel on the walls is still intact. Below the stern is perhaps the most beautiful sight on the wreck – the rudder and 5ft three-bladed propeller.

There may be a ripping current on the wreck at certain times, and visibility is normally best in the winter and early spring, when the water flow is modest and doesn’t swirl up sediments from the bottom.

The brownish-yellowish color of the river water and lack of growth on the wreck makes this dive a very special experience.

If you’re ever in the area, S/S Dølen is certainly worth a visit!

All Other Articles By Christian Skauge

Directory of Dive Sites In Norway

Directory of Dive Shops In Norway