Home Here Be Dragons (or Rockmovers) 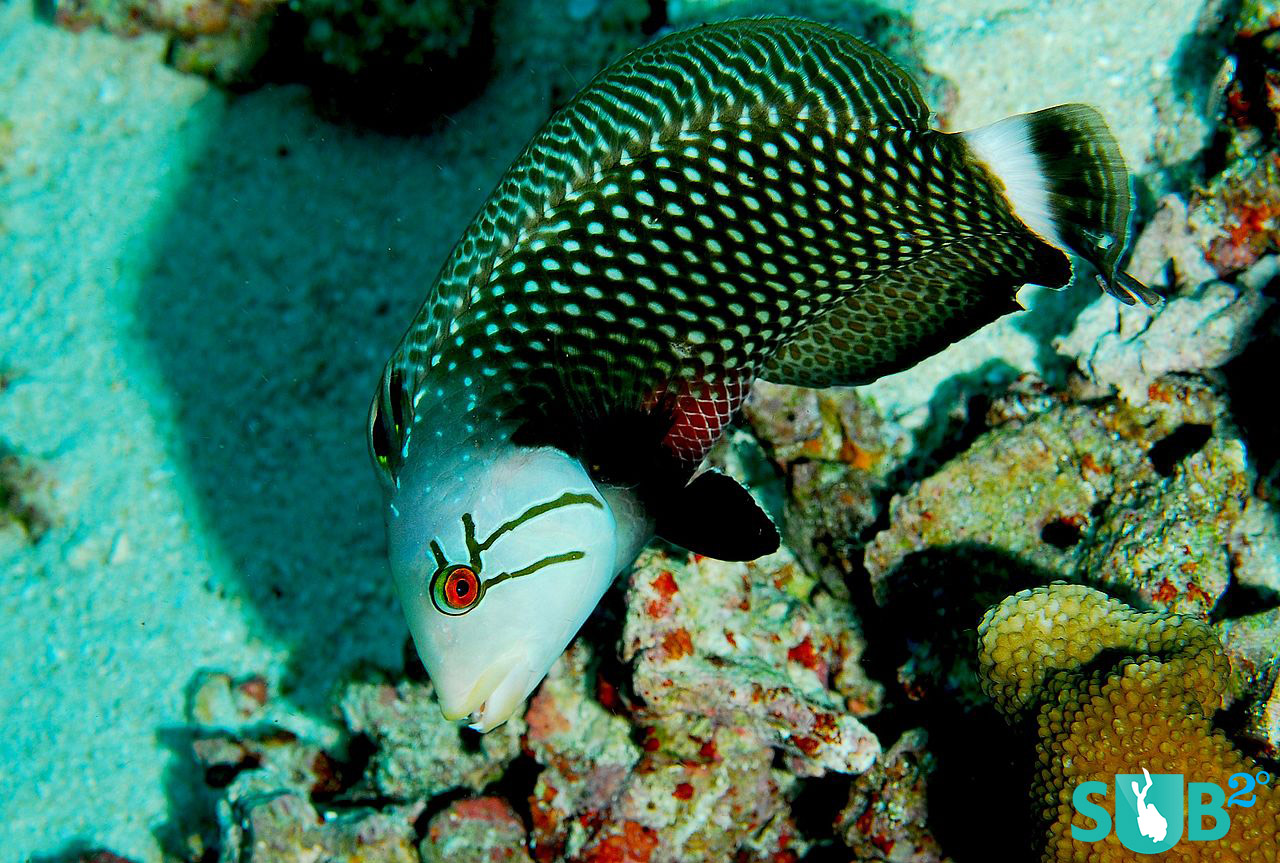 Here Be Dragons (or Rockmovers)

Thriving coral reefs teem with beautiful, spectacular fish, but the habits of some reef dwellers make them especially fascinating to watch. Such is the Rockmover Wrasse, Novaculichthys taeniourus. As a juvenile, this fish is often called the Dragon Wrasse for its fanciful appearance. The young wrasse has long, frilly spines and white spots. Its spines give this little fish a dramatic appearance, but spotting it may not be so easy, as the spines help young rockmovers hide among patches of seaweed. As the fish grows and becomes less vulnerable, it loses the long spines and obscure coloration in favor of a lattice of white marks along its body and intricate lines that radiate from its eyes.

However, the beautiful markings of the rockmover wrasse are not their most eye-catching quality. Its characteristic behavior is what gives it that descriptive name. In search of its hidden prey (small bottom-dwellers like worms, crustaceans, and echinoderms) a Rockmover Wrasse uses its mouth or snout to dislodge rocks and rubble, and toss them aside. They often work in pairs, with one wrasse removing the prey’s protective cover so that the other can dart in and grab the meal.

Another interesting characteristic of these fish is their sexual fluidity. Like some other wrasse species, rockmovers are born as females, and then some transform into males as they mature. As is not uncommon in the animal world, rockmovers have breeding groups, where one male will mate with several females in his territory. Amazingly, if the male dies, one of the females can transform into a male and take over the harem.

Rockmover wrasses are widespread throughout the Indo-Pacific, so your chances of spotting one are fairly good if you dive a reef or lagoon from the west coast of Central America all the way to the east coast of Africa and the Red Sea. However, identifying wrasses can be tricky, since they tend to have similar body shapes and often elaborate coloration. Their long, thin body and habit of swimming with their pectoral fins let you know you’re dealing with a wrasse, but you’ll need a little more detail to determine which species. For the rockmover wrasse, look for the pale head and checkerboard body. Or, even better, look for pebbles being tossed about on the bottom. In all likelihood, the culprit will be a rockmover wrasse living up to its name.