Our inflatable dingy took us away from shore and- even beneath the 7mm of neoprene that I was wearing- I could feel the South African chill fall right through my layers.

Even in the deceivingly bright sunshine, it was cold and the wind felt like it was cutting at my face. But that didn't matter; we were on our way to see cow sharks, or more specifically the broadnose sevengill sharks in the kelp forests of South Africa.

A short boat ride delivered us away from the quaint Simon's Town, but we hugged the shoreline, eventually stopping on a few hundred yards off the rocky shore. The dive masters instructions were simple: back roll off the boat, descend to about 40 feet, find a sandy spot to kneel in, and wait for the sharks.

It felt as if the air was knocked out of my lungs, as I back rolled into the 56-degree water. The water stung, but after a few minutes my body seemed to adjust.

Descending to the bottom, we were suddenly in an underwater forest. Dark green stalks of kelp grew out of the white sand and swayed back and forth in the slight surge. It looked mystical, like some sort of crazy creature could emerge at my second. And then one did. 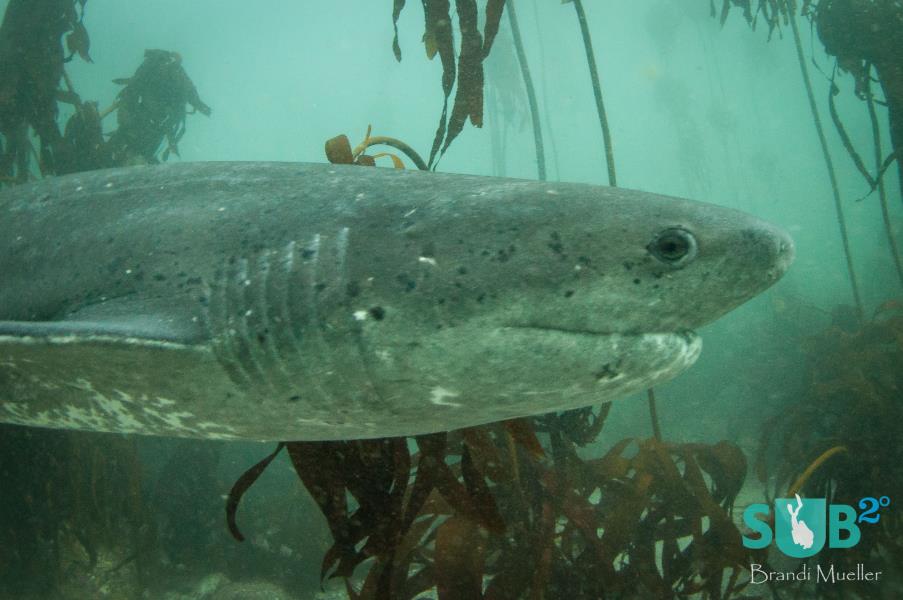 The first cow shark moved towards us from several stalks of kept. I found them hard to describe; it was as if the shark wasn't moving its body at all, yet it came closer to us. It seemed to be grinning at us, maybe like a sock puppet with black button eyes; it was sort of cute.

Then we saw another one, making its own straight line past us, also with no apparent body movement. I would have believed that someone was simply pushing these balloon-like sharks past us and that they weren't real animals. Soon these curious dinosaur-looking sharks were all around us, some so close we had to move out of their way. With beams of sunlight escaping down to the sand through the kelp, it really was like an enchanted underwater forest.

Cow sharks are a group of four species of shark, with six or seven-gill slits instead of five like all other shark species. It's likely that these species are evolutionarily more primitive than their five-gilled relatives. Considered to be the most primitive shark species, their skeletons resemble extinct shark species with a few modern adaptations.

Their digestive systems are unspecialized and they lack a nictitating membrane, which is the translucent third eyelid that covers the eye and protects from ocean debris. 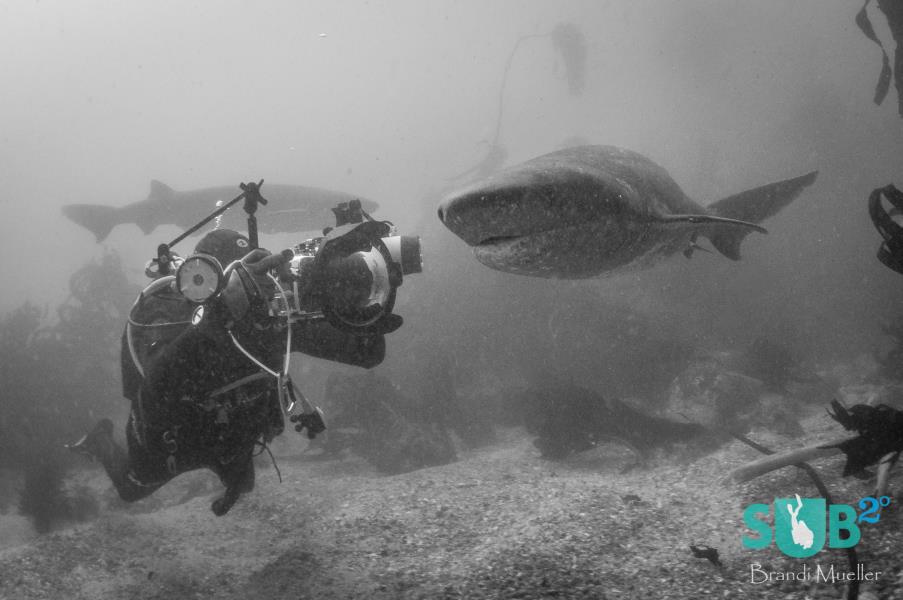 There are four species of cow shark including the broadnose sevengill (Notorynchus cepedianus), which we saw in South Africa. This species is found in the Atlantic and Pacific oceans and can be found from 10 to 200 feet on rocky bottoms.

The sharpnose sevengill (Heptranchias perlo) is the smallest of the cow sharks, only reaching three feet, and are found from shallow water to over 3000 feet deep in the Pacific, Indian, and Atlantic oceans. The two other species of cow sharks have six gills; the bluntnose six gill (Hexanchus griseus) that grows to be 26 feet long, found as deep as 8,000 feet from Iceland to South Africa, and the bigeyed sixgill (Hexanchus nakamurai) that grows up to 6 feet long, found at 300-2000 feet.

Cow sharks feed on crustaceans, other sharks, and large fish. They are not aggressive towards humans. 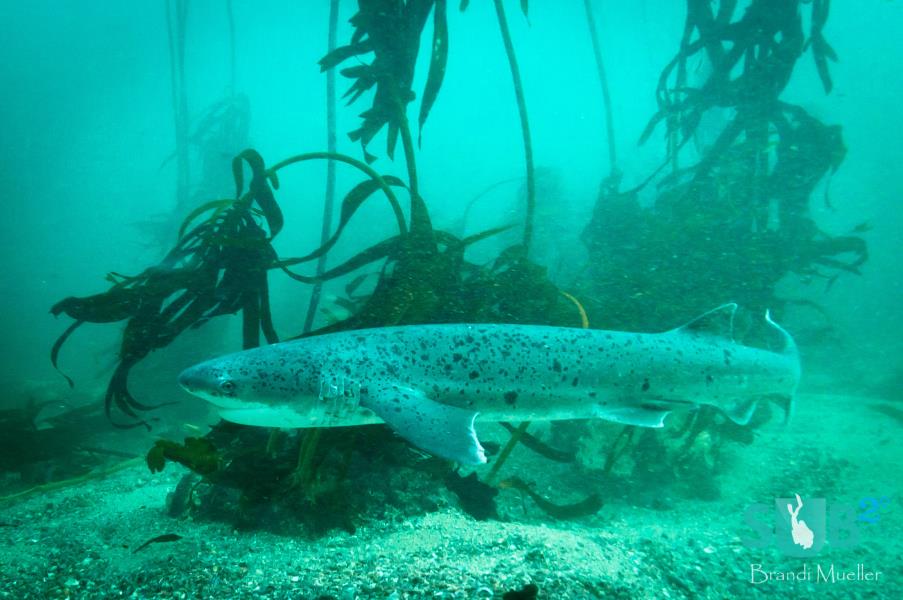 All four species of cow shark are ovoviviparous, meaning that the female retains the egg cases in her body until they hatch. The gestation period is twelve months, and it’s been found that the females move to shallow waters to have their pups (over 80 at a time!) The baby cow sharks then spend the first years of their life in the shallow waters and, as they get older, move deeper and offshore.

Where to Find Them

Year-round the broadnose sevengill can often be found in shallow waters off the west coast of South Africa. The same species is commonly found in other kelp forests off the coast of California. Due to their deep-water habitats, divers rarely see the other cow shark species.

It is unknown if cow shark populations are currently threatened because there just isn’t enough data. It’s thought that some areas, where they are easy to find like California, might have decreasing populations due to pollution, accidental and recreational fishing, and exports to Asia. Luckily, the cow shark’s wide habitat range, geographically and vertically (deep and shallow waters), will hopefully help this primitive shark survive.

All Other Articles by Brandi Mueller