Home The Legend of Jacques Cousteau 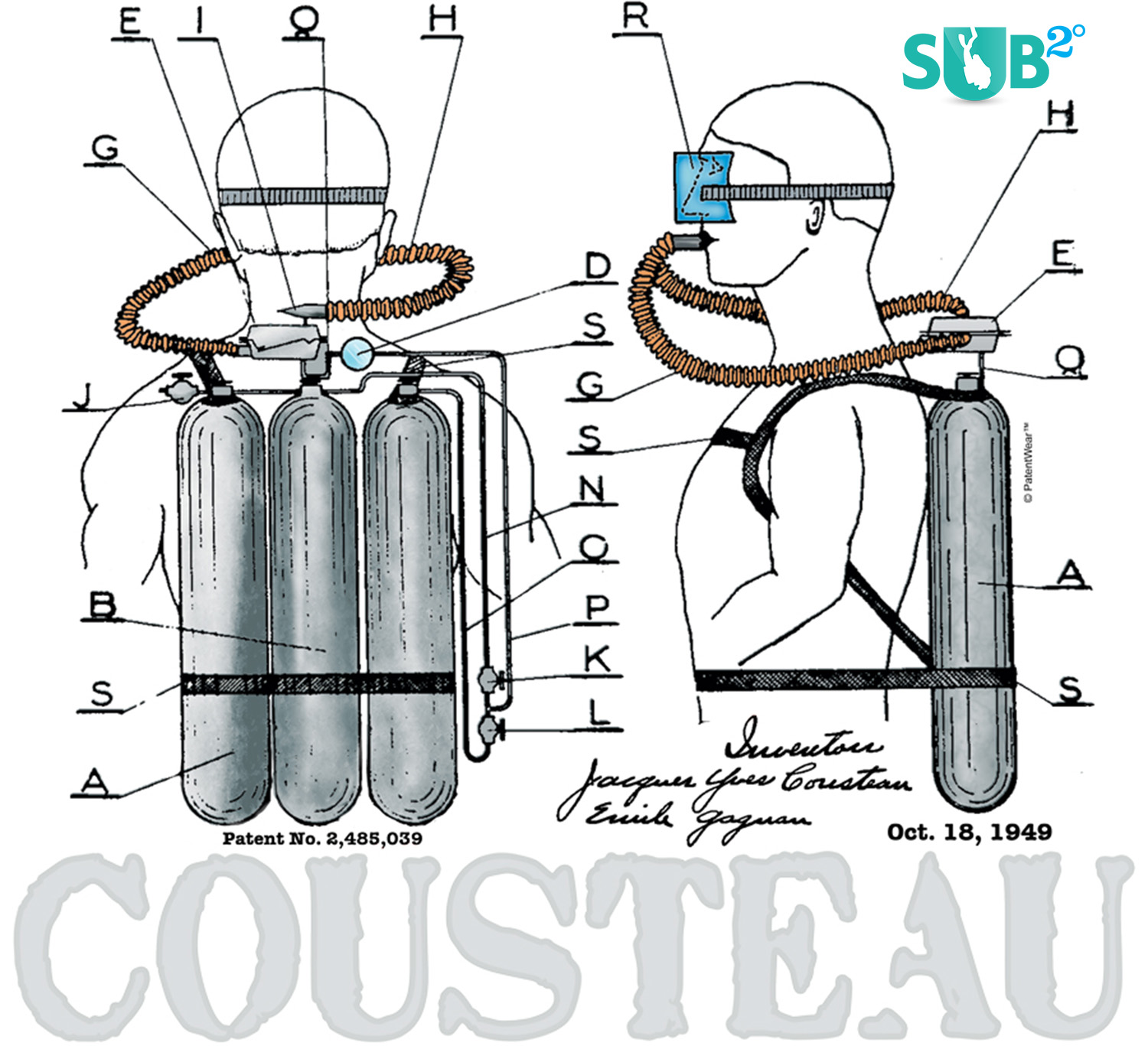 The Legend of Jacques Cousteau

Jacques Cousteau was the practical creator of the first popular and commercially successful Self Contained Underwater Breathing Apparatus, the device known as the Aqua-Lung, which was introduced to the world around 1943. It was the first functional regulator that allowed mankind to breathe and explore underwater. There had been prototypes and ideas prior to Cousteau but he and WWII French compatriot Émile Gagnan perfected the technology, using it personally to explore the undersea world that Cousteau so passionately loved. The Aqua Lung's two hose technology, created now over a half century ago, is still fundamentally the same design found in modern day regulators used by scuba divers.

The Undersea World of Jacques Cousteau

Another first for Cousteau was perfecting the techniques and gear for underwater photography and filmmaking while using scuba gear. He and his crew filmed thousands of hours of underwater footage. The films show Cousteau free diving and scuba diving, and document his team's pioneering underwater archeology techniques. These were the first people on Earth to use scuba gear to carefully manipulate and preserve wreckage.

Cousteau shared his adventures through many mediums including books, films, and TV series. He travelled the globe, exploring as many nooks and crannies and animals as he could find; documenting, conserving, and discovering the seas for all the landlubbers watching their television from their dry, inland living room couches. I highly recommend tracking down his TV series, The Undersea World of Jacques Cousteau. The footage still holds its own, even when compared to the perks of modern day HD quality underwater footage. Cousteau's underwater cinematography skills still shine through, giving an air of amazement and discovery. The series aired from 1966 to 1976.

Aboard Cousteau's legendary science vessel, the Calypso, he and his team explored the waters of nearly the entire globe. He explored the tropics to the poles and went inland, up major river systems. He predicted and explained echolocation in porpoises prior to marine biology's description of the phenomenon. A navy man, Cousteau was familiar with the new technology of sonar in submarines, and accurately compared the technology to marine mammals' natural ability to use sound to navigate through water. This may seem obvious to us today but echolocation was not common knowledge in the mid 20th century.

Cousteau was just as much a frontiersman of technology as he was of thought, history, and philosophy. His passion for the oceans of the world was tremendous and contagious to the general public. Cousteau himself acted as the grassroots of marine conservation and one of the first people on the planet to recognize and speak out about the potential destruction that pollution, overfishing and general lack of human consideration could do to our planet's finite blue oceans and coral reefs.

In 1973, he and his sons created the Cousteau Society for the Protection of Ocean Life. The list of his conservation interests and achievements goes on and on. Many of the programs and institutions he founded decades ago are still strong today.

Cousteau was very interested in history, especially maritime history. He discovered and explored many wrecks and pioneered the procedures for wreck diving. In 1975, Cousteau uncovered the wreck of the huge HMHS Britannic off the shore of Greece in 400 feet of water. The Britannic is a sister ocean liner within the White Star Line that included the RMS Titanic and RMS Olympic. The Britannic is a deep, technical dive that Cousteau undertook and popularized in the mid-to-late 1970's. Today, interested scuba divers need special clearance from the Greek government to dive and explore this wreck.

Along with Greek diver Manolis Voutsalas, Cousteau uncovered the wreck of the French 17th-century gunship La Therese in the waters off Crete. This old French warship was engaged with the Ottomans in the Mediterranean Sea, where it was struck and exploded under her own powder in 1669. These were Cousteau’s dreams, and his enthusiasm and drive really came through in his writings and audio recordings about La Therese.

If you are a scuba diver, interested in marine biology, interested in naval history and technology or have passion for marine conservation, you need to learn more about this great explorer. Get your fins on Jacques Cousteau's films, TV programs, and/or books. Cousteau is the archetype of underwater explorers.