What is Ocean Acidification?

Burning of fossil fuels contribute substantially to greenhouse gas emissions – notably carbon dioxide – that traps heat within our atmosphere to promote global warming. However, climate change is only one side of the story. Roughly 25% of all carbon dioxide emissions are absorbed by the oceans, and while that may reduce atmospheric CO2 levels, it is severely changing ocean chemistry and ultimately having a catastrophic effect on marine organisms and ocean ecosystems.

Carbon dioxide dissolves in sea water, where it is assimilated by photosynthesizing plankton. When the phytoplankton die their cells sink to the bottom of the ocean, and in so doing large amounts of carbon dioxide are removed from the surface of the ocean and stored for long periods in the ocean sediments, before being released back into the carbon cycle.

However, as atmospheric carbon dioxide from anthropogenic activities continues to rise, so too does the amount of carbon dioxide absorbed by our oceans. Carbon dioxide changes the pH of seawater, making it more and more acidic as more carbon dioxide is absorbed. This increase in acidity is causing significant changes in marine ecosystems with dire consequences for marine biodiversity and marine food webs, as well as terrestrial organisms (including humans) that rely on these marine resources for their survival. 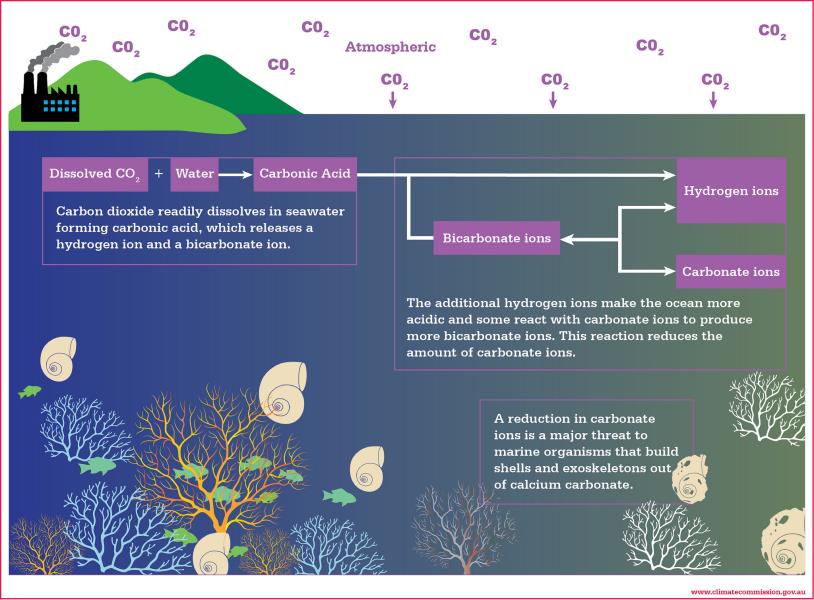 So What's the Big Deal?

Ocean acidification affects many marine species, but particularly marine organisms that use calcium carbonate to build their skeletons and shells, such as marine snails (pteropods), mussels, clams, oysters, corals, and phytoplankton and zooplankton – the tiny organisms at the bottom of the food chain that play a vital role in supporting vast marine food webs.

Acidifying oceans presents a double-whammy for these animals: Firstly, as the ocean becomes more acidic, there is a growing potential for their skeletons and shells to be dissolved as the surrounding water becomes increasingly corrosive. Secondly, the changing chemistry of seawater results in less carbonate ions being available for these organisms to assimilate and convert to calcium carbonate – the essential building blocks for developing skeletons and shells.

The effects of ocean acidification are already apparent in a wide range of marine species, notably corals, which are prone to bleaching when under stress, and exhibit slower rates of calcification, and thus grow slower, as the surrounding seawater becomes more acidic. Both tropical and deep sea corals form extensive calcium carbonate coral reef systems which serve as important marine ecosystems that provide habitat to a wide range of marine species, some of which are commercially important. Coral reefs also generate revenue through eco-tourism, and provide human populations with food and medicines, and protect coastal areas from storm surges. 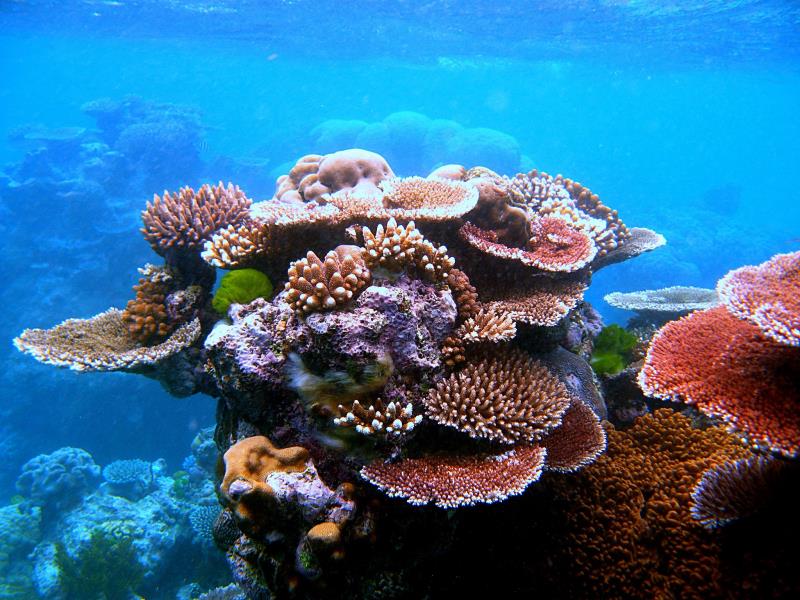 Ocean acidification also reduces the ability of calcifying plankton to build and maintain their skeletons and shells. Although tiny, these organisms form the base of marine food webs, and play a fundamental role in supporting marine life. Scientists have also found that larvae of important commercial fish species are exhibiting higher mortality rates. Marine phytoplankton supplies 50% of the oxygen that we and other animals need to survive, and according to OceanAcidification.net, this has been diminished by 6% over the last 30 years, compromising the health of our oceans further still. 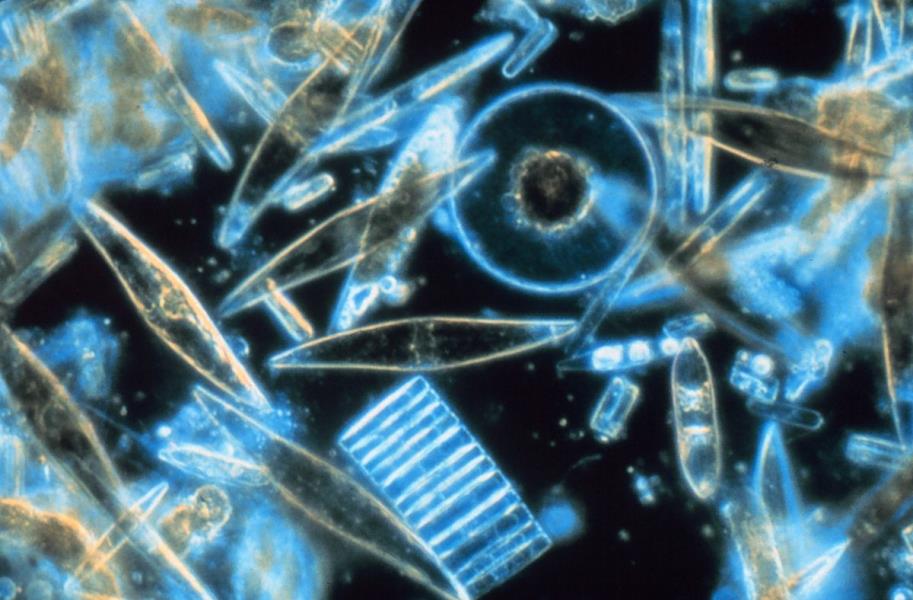 According to Woods Hole Oceanographic Institution, our oceans are acidifying at a rate of between 30-100 times faster than that experienced over the past several million years, primarily as a result of a rapid rise in atmospheric carbon dioxide levels. The Intergovernmental Panel on Climate Change (IPPC) predicts that atmospheric CO2 levels will rise further still, and could be as high as 500ppm by 2050, rising further to 800ppm or even higher by the end of the 21st century. Atmospheric and ocean temperatures are expected to rise accordingly, as will the rate of ocean acidification, which could increase by 150% since pre-industrial times as 90% of all carbon emissions will taken up by the oceans. This outlook does not bode well for coral reef systems and ocean productivity.

Even more alarming is that if ocean acidification is left unchecked it could potentially initiate a Great Mass Extinction Event, as there is increasing evidence pointing to high atmospheric carbon dioxide concentrations and rapidly acidifying oceans having triggered four of the previous five Great Mass Extinctions.

What Can We Do?

We can all throw our arms up in the air in dispair, exclaiming 'What can one person do to slow or stop this process?' But, the reality is that this is a human induced problem, and we can collective do our bit to stop it -- or at least reduce the impact that it is having on our oceans. If everyone just made a concerted effort to reduce their carbon footprint, we the human race can stop this. Make it your New Year's resolution to monitor and reduce your carbon footprint. There are numerous carbon footprint calculators online that enable you to determine your impact on the environment. Try to actively reduce the amount of energy you consume, both directly (electricity consumption, oil and gas used for heating, travel, etc) and indirectly through your lifestyle and purchasing choices - for example, choose locally produced products rather than imported alternatives where possible, as transportation and shipping comes with a heavy carbon price.

If you are a business owner, consider greening your business image by making carbon offsetting part of your company's sustainability strategy and Coporate Social Responsibility programme so that your company becomes carbon neutral. Individuals and business entities that are heavily invested in the marine sector, including diving, boating and tourism operators, can even opt to go blue too via a similar initiative that allows us to offset our impact on marine or freshwater ecosystems, and to reduce our aquatrail to become marine positive. Funds generated from these offsets are used to finance marine conservation and restoration projects, including coral reef restoration and carbon sequestration using kelp projects.