The name ‘muck diving’ doesn’t sound very pleasant. Who wants to dive in ‘muck’? It sounds like dirty water, silty bottoms, and probably bad viz (visibility). But divers who have been in the muck will tell you it’s an amazing treasure hunt for the ocean’s weirdest, strangest, and fantastic creatures. 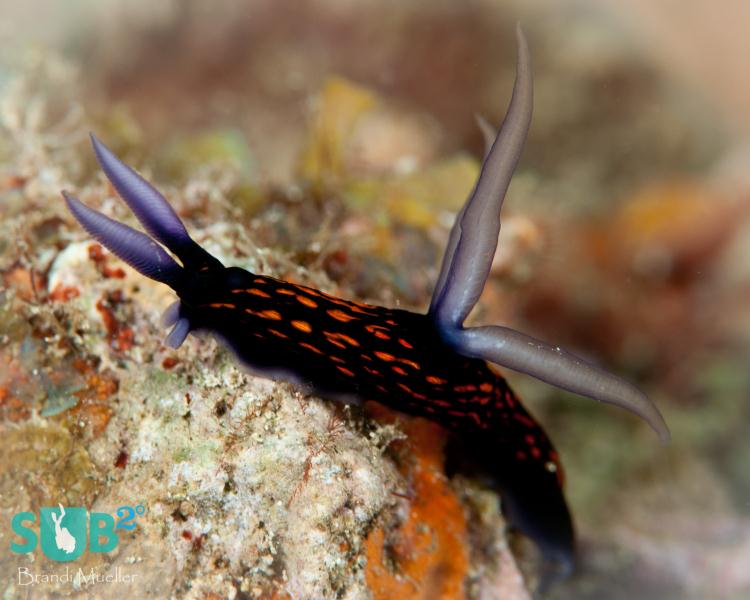 What is muck diving?

Discovered fairly recently in Papua New Guinea by a few divers who decided to jump in and dive right off a sandy beach, muck diving has become a sensation. For those who like the small critters, it’s a fantasy world and an underwater photographer's dream seeing some of these neat creatures.

Brightly colored nudibranchs crawl along the black volcanic sand and octopus take up residence in discarded bottles and other trash. Flamboyant cuttlefish flash their yellows and purples, and wonderpus cruise along the bottom. 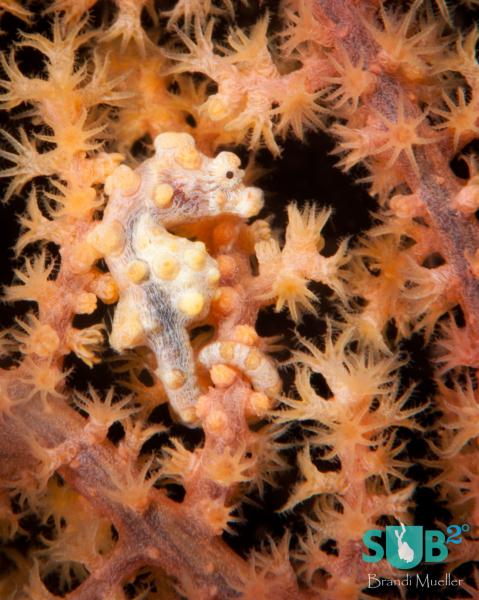 Why dive in the muck?

Muck divers have an endless critters list to find. For seahorse lovers, many species can be seen, from the tiny pygmy seahorses (the size of your pinky fingernail) to the larger thorny or pacific seahorses (3-6 inches tall) and their pipefish cousins.

For the cephalopod lover, muck diving can reveal the much sought after wonderpus, mimic octopus, blue ring, poison ocellate, coconut octopus, the tiny algae and hairy octopuses. Nudibranchs (also cephalopods) are a favorite for critter-hunters and photographers because of their many different bright colors and patterns. 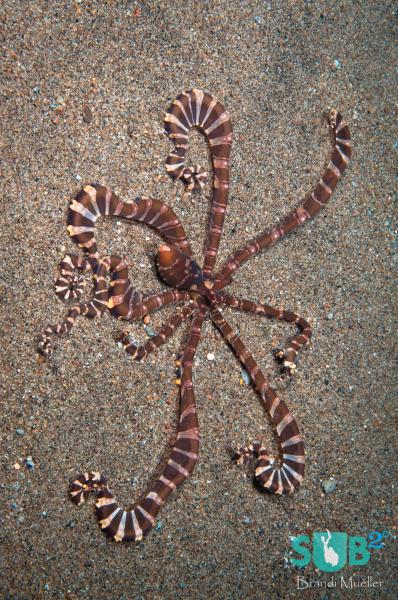 But it’s not all small stuff. Bigger creatures can live in the muck too, including frogfish the size of baseball gloves or the three-foot long blue ribbon eels. In fact, many eel species can be seen, including zebra morays, white eyed, snowflake, garden eels, and several species of snake eels.

Muck diving isn’t just for the daytime either. Just as the sun sets, the brightly-colored mandarin fish come out of their rocky homes to mate. Night diving critters include the star gazer, which buries itself under the sand so only its eyes and mouth are visible.

Many species of scorpianfish and stonefish that hide during the day sit out in the sand at night hunting. Eels come out to feed and flying gurnards are seen “flying” around the sand. Sometimes it’s easier to find muck critters at night because the light from a flashlight might help illuminate the subtle contrast of a hiding creature. 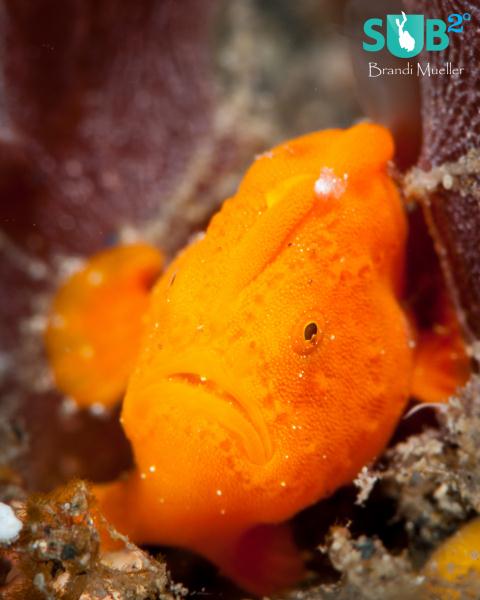 Diving in the muck requires perfect buoyancy as the silty bottoms are very easily disturbed and one strong kick in the sand can stir up a cloud of sand and reduce the visibility. Often divers have ‘critter sticks’, which are metal rods NOT to be used to harass the marine life, but to help hold yourself in one position by sticking them in the sand without stirring up the bottom and also used to point out critters to your buddies.

Having a good dive guide is vital for muck diving. On your first muck dive you may descend to what looks like an empty, black sandy bottom and you might not see anything. Then your dive guide will start pointing out critters and it will almost seem like your guide is magically making them appear in the sand.

Sometimes it’s hard to see a critter even when your dive guide is pointing right at it! Frogfish are a master of disguise that often blend in very well with their surroundings. After several dives you will start finding your own critters and begin calling your dive guide over to show them your treasure. 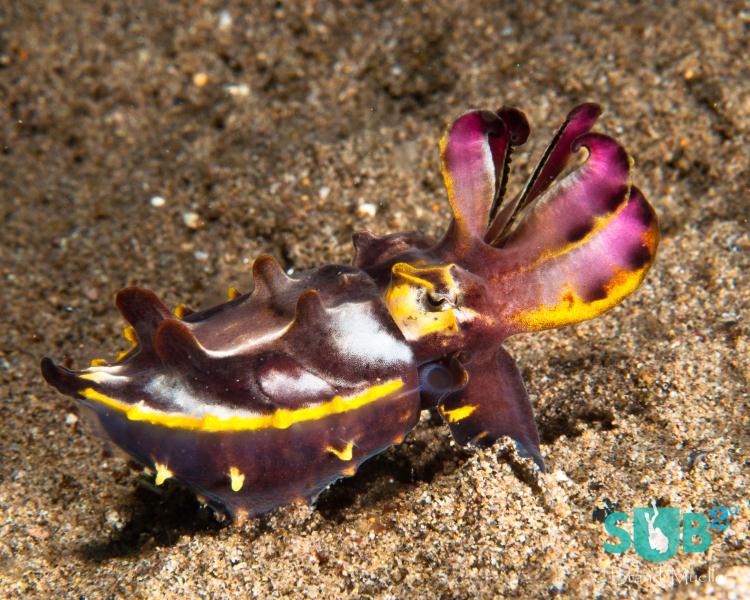 Where to go for muck

Most of the best muck diving is found within the Coral Triangle, the tropical waters including Indonesia, Malaysia, Papua New Guinea, Philippines, Solomon Islands. This area is incredibly biodiverse, the underwater equivalent of the rainforest. Some of the best places to go muck diving include Indonesia’s Lembeh Strait, the Philippines, and Papua New Guinea’s Milne Bay. This, of course, isn’t an exhaustive list, as many parts of these countries have good muck diving in certain areas (and all of these countries have great reef diving in other areas too).

If you haven’t already, consider a muck dive. It is one of the few types of recreational diving where you might still be able to find an undiscovered species, and chances are you will find many critters you’ve never seen before or ever imagined existed!

Overview of Scuba Diving in Indonesia

Overview of Scuba Diving in Malaysia

Overview of Scuba Diving in Philippines