Diving in Turks and Caicos Islands

With a country motto of, “Beautiful by Nature,” you wouldn’t find anything less than stunning, above and below water, in the Turks and Caicos Islands. Wall diving is the specialty in Turks and Caicos, and divers find sheer walls loaded with marine life and regular sightings of pelagic life cruising the walls.

The British Overseas Territory consists of over 40 islands and caves, of which only eight are inhabited. The deep Turks Island Passage or channel separates the larger Caicos Islands from the smaller Turks Islands, and both groups of islands have fantastic diving.

Turks and Caicos are less than 600 miles from Miami, and it’s a short flight to Providenciales International Airport (PLS). Several other United States cities have daily flights and there are flights from the Bahamas and a few other Caribbean countries. From PLS you can fly to Grand Turk (GDT), which also has great diving. Turks and Caicos use the US Dollar as its currency, and English is widely spoken there. You might also hear a little Turks and Caicos Islander Creole and Spanish from the locals. 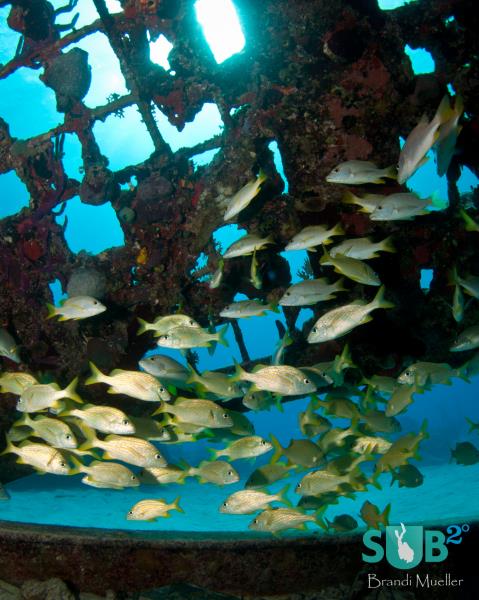 With so many different and beautiful dive sites, the best way to see them all is on one of two liveaboards. Aggressor Fleet and Explorer Ventures both operate weeklong trips, offering up to five dives a day including night diving. On shore operators such as Dive Provo and Provo Turtle Divers visit most of the same sites; it’ll take longer boat rides and good weather to get out to the more distant sites such as French Cay. Dive shops can help put diving and accommodations packages together and large resorts such as Club Med and Sandals offer diving services.

The weather in Turks and Caicos is near perfect year round. Usually conditions on the water are calm, making the diving easy and visibility 100ft+. Above water temperatures range from 85-90 in the summer and 80-85 in the winter, and there is always plenty of sunshine. 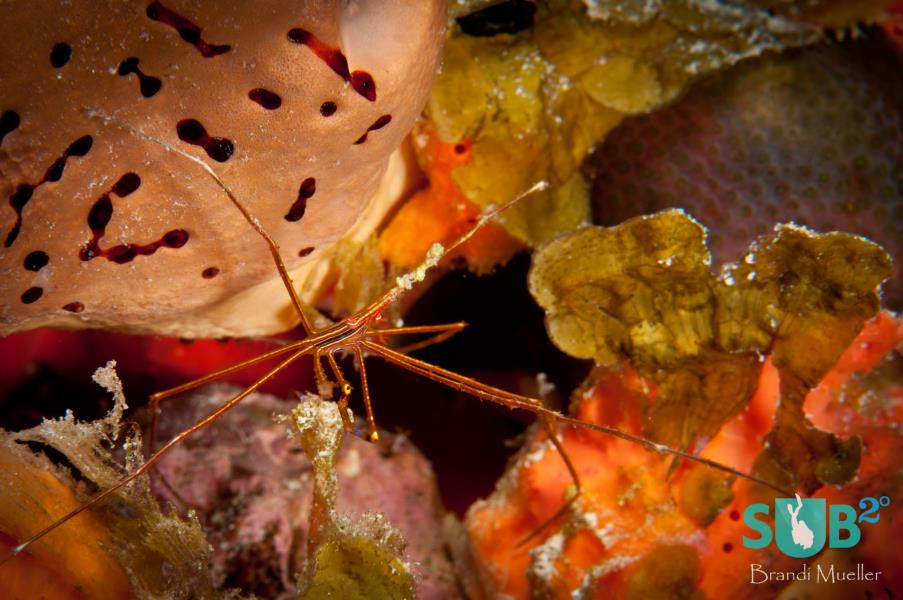 Water temps range from 78-84F (25-29C). Fall is hurricane season and they have seen their share of named storms. Winter can be windier, but is also when humpback whales may be seen, making their transit from the North Atlantic to the Caribbean to breed and give birth. Diving here is great year-round.

Turks and Caicos is a wall diver’s dream. Sheer walls covered in corals, sponges, and gorgonians drop to hundreds of feet and pelagic life including sharks, rays, and turtles are seen in the blue. Dive sites are found on all the islands, and they are fortunate to have consistently calm seas, warm waters, and great visibility. A 3mm wetsuit or shorty is usually all that’s needed. 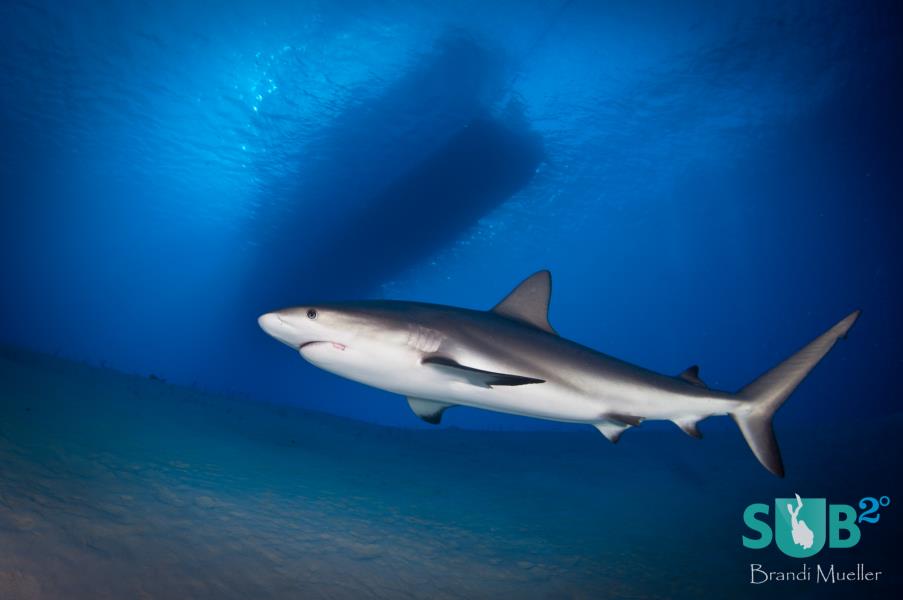 The island of Providenciales (Northwest Point) is home to Black Coral Forest, a wall dive starting with a sandy bottom around 45ft that drops to over 300ft. The underwater wall structure has several swim-throughs and several large black coral bushes. Pelagic animals such as hammerheads are occasionally seen swimming by. Also off Providenciales is The Dome, a dive site named after a sunken dome originally used for a reality TV game show.

Now in pieces, the wreckage has become an artificial reef teeming with macro life. Blennies seem to have burrowed into every bit of the dome and you can also see nudibranchs, flamingo tongues, white tip sharks and turtles. It’s a great night dive too.

On West Caicos a favorite dive site is Rock Garden Interlude, another sand flat at 40ft that drops off to a sheer wall. The sandy area has garden eels, stingrays and yellow-headed jawfish. The wall is covered in colorful sponges and a friendly Nassau Grouper is usually found here. Gullies is another great dive site that usually has lots of grey reef sharks, barracuda, and sting rays. 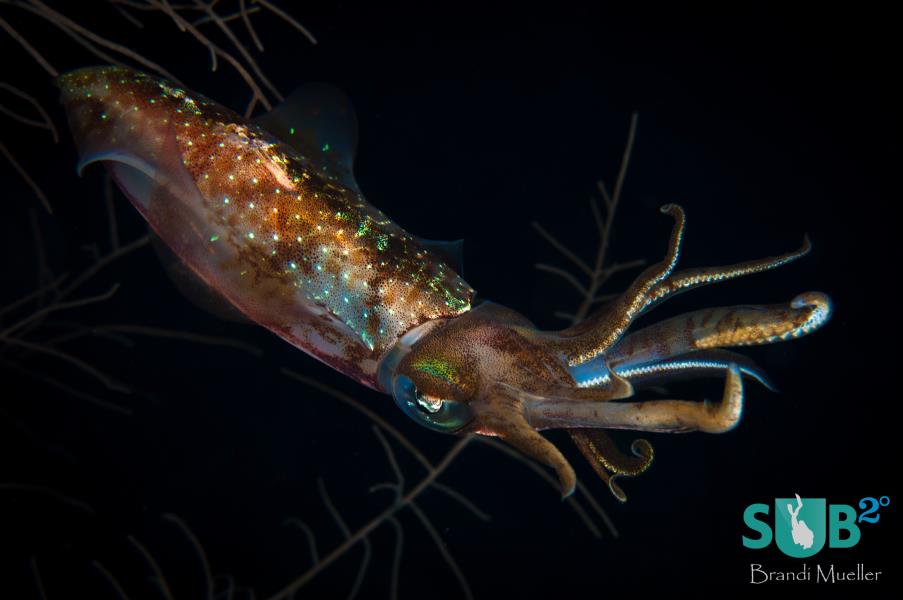 French Cay is an uninhabited bird sanctuary that’s looks to be just a small bit of sand. The diving is great including the sites Rock N Roll with massive barrel sponges, pillar coral, huge lobsters and nurse sharks. Double D has two large mounds of healthy coral and tons of fish including lots of angelfish, trumpetfish, and grunts.

Grand Turk is 75 miles east of the island of Providenciales and also mostly wall diving. The dive site Tunnels, has arching corals that has created two great swim-throughs that have great lighting. It’s also a good site to see mantas.

Overall Turks and Caicos have a lot to offer a diver including sharks, turtles, great underwater structures, and great macro life including seahorses, pipehorses, and nudibranches. 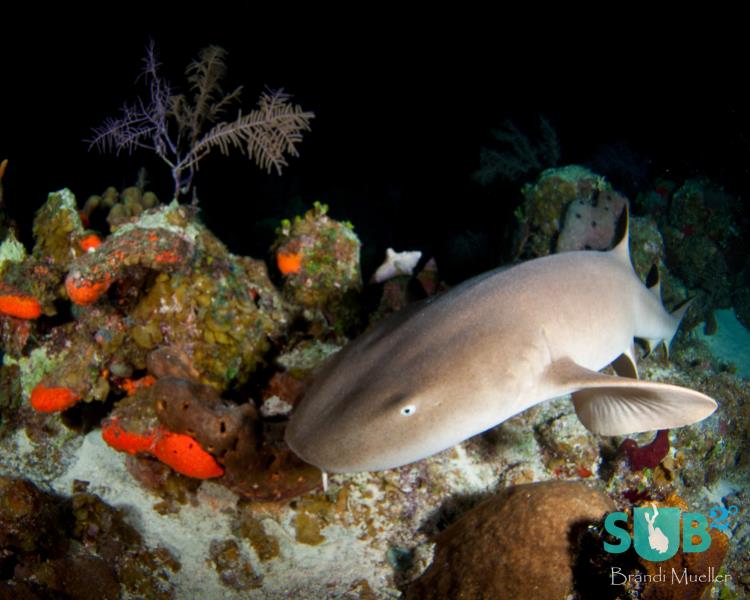 Grand Turk is a smaller airport, receiving fewer flights. Most visitors fly into Providenciales first and then take the short flight to Grand Turk. Visas are not required for almost any countries, but it’s best to check with Turks and Caicos Immigrations before arriving.

Their 120ft yacht has been redesigned for diving and gives guests fantastic service, beautiful accommodations, great food, and of course, fantastic -and safe- diving.

Offering up to five dives a day including night diving, a typical trip has 27 scheduled dives. Similar to Aggressor Fleet, Explorer Ventures is another liveaboard operation that provides a similar diving experience. Both liveaboards mostly dive the Caicos Islands and only go to Grand Turk during special itineraries. 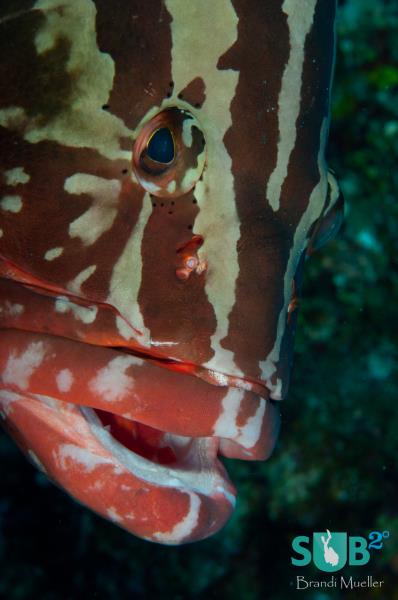 There are several shops on Providenciales, including Art Pickering’s Provo Turtle Divers, which has been in business since 1970. Offering boat dives for small groups (they say eight divers max per dive master), they also set up accommodation and diving packages with resorts. Dive Provo is another reputable shop, and a Trip Advisor favorite, that has three boats and offers all levels of PADI training including Discover Scuba Diving.

Grand Turk also has several dive shops such as Oasis Divers and Grand Turk Diving. Both will put together diving and accommodation packages, and they cater to people coming to Grand Turk on cruise ships, who only have a limited time in Grand Turk to dive. 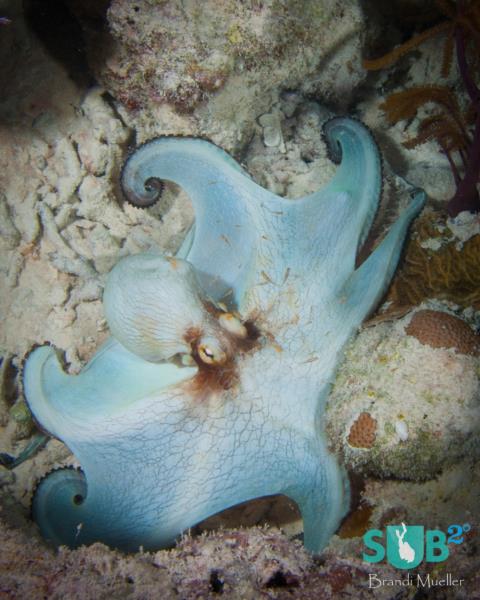 Quality dive gear can be rented on the liveaboards and land-based operations. Both Aggressor Fleet and Explorer Ventures offer nitrox, as do many dive shops. With the majority of the dive sites starting around 40ft and allowing divers to dive deep, nitrox is a good idea for those doing multiple dives and looking to get the most bottom time.

However nitrox cannot be taken past certain depths and most of the walls go to several hundred or thousand feet, so one has to be aware of their depth when diving with nitrox.

Directory of Dive Shopes in Turks and Caicos Island

Directory of Dive Sites in Turks and Caicos Island

Other Articles by Brandi Mueller

Diving in the Gem of Europe: Croatia