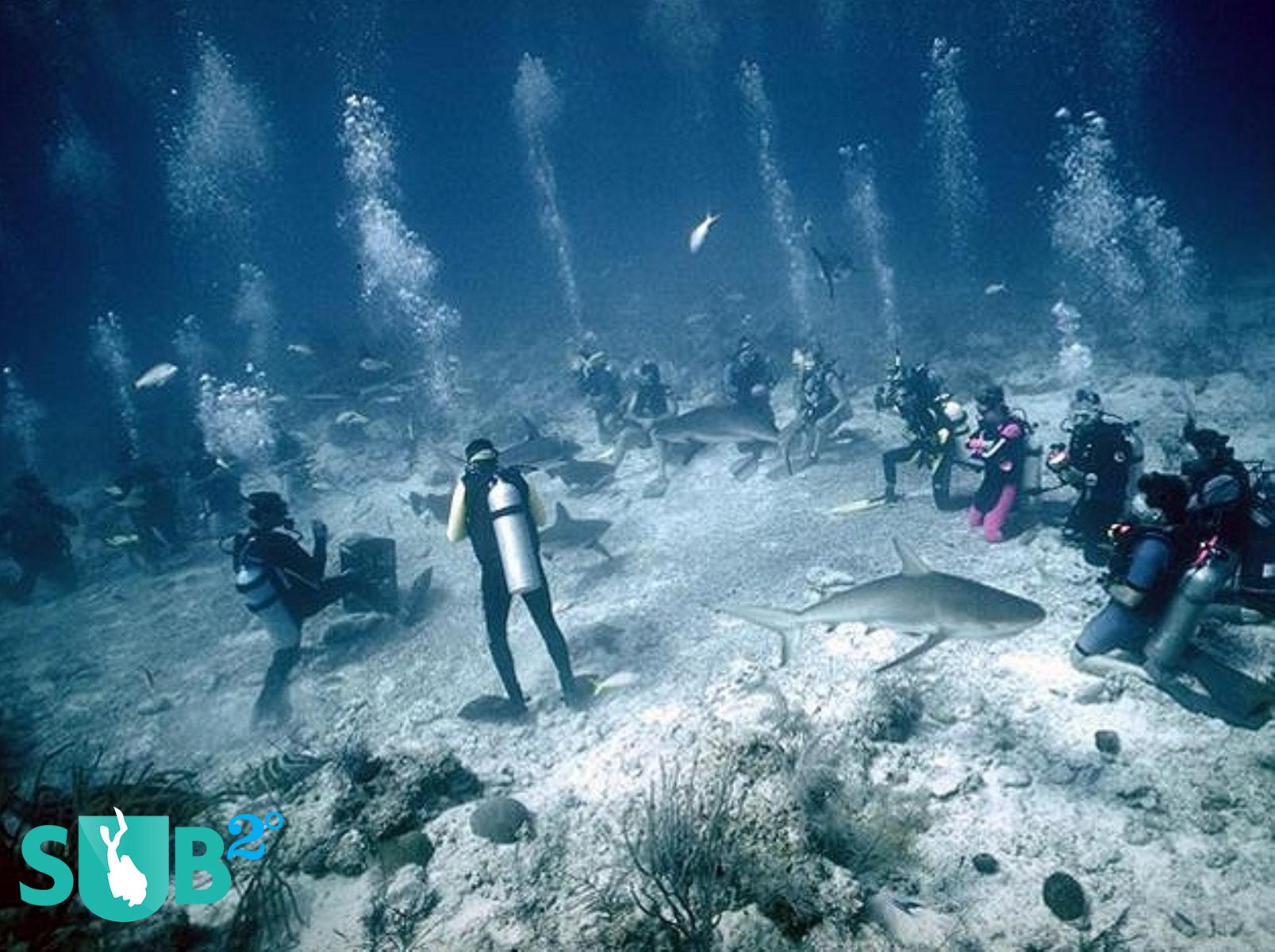 Stuck in the Middle

Cay Sal Bank is a vast, isolated, shallow expanse of clear water with very little land poking above the surface. Cay Sal is part of the Bahamas, westernmost of the Bahama Banks. As if stranded between Cuba and Florida, Cay Sal Bank offers miles and miles of amazing scuba diving among reef, blue holes, and steep walls. Of the dive locations I have explored so far, the dives I logged at Cay Sal Bank are still my favorite.

My family and I embarked on a Nekton Dive Cruise on a small live aboard from Ft. Lauderdale, Florida, USA. I was a teenager (many years ago) but the dives and the salty air of Cay Sal Bank are still fresh in my mind. This is when I fell in love with scuba.

Cay Sal was the first place where I discovered blue holes, old sinkholes once above water now flooded in mystery and darkness. As the dive boat anchored near a hole, I could see how deep and blue it was from the top deck, especially in contrast to the shallow, clear greens, and light blues of the water, and the white sandy bottom that surrounded its rim.

Donned with a full tank, I dropped into the water, into a sense of awe and healthy fear as I approached the edge of the blue hole. The safe sandy bottom suddenly gave way to the deep blue abyss where large fish and sharks made there home between the extremes of color and depth.

That same day, the dive masters orchestrated a shark dive to allure the blacktip reef sharks. I was worn out and a little overwhelmed from the day's blue hole dive and passed on the chumming of the sharks. I know now that sharks are relativelyharmless, but to entice and rouse them intentionally still doesn't seem wise to me. The dive trip turned out to be more than amazing. Just watching the sunset and settling down from the day's excitement was an adventure.

The dive trip on the Cay Sal Bank continued for seven amazing days. We explored more blue holes and I went on my firstnight dive.

On one of the last days we were moored to a quiet spot on the bank where the water was so still and so clear. It looked only ten feet deep, like if I jumped in I would hit one of the little reef sections scattered along the white sandy bottom. The amazing part was that we were anchored in 40 feet of water. That was the day I traded out several tanks of air and settled at the bottom, slowing my breath. I was an alien in a strange world trying to blend in with the undersea environment.

I settled nicely enough that the reef fish would come out, check me out, and go about their normal business. This was also the day that my brother, my original dive buddy, and I explored a sandy-bottomed plain that went on and on in 70 feet of water. We watched colonies of worms stick their heads out, waving in unison in the current.

We floated along, getting lost in the moment, and finally realized that the current was too strong to make any headway against. We tried to fight the current for a few minutes then decided to ascend. We were then shocked to see our dive boat hundreds of yards away, far out of shouting range, and the current continued to take us farther and farther away. Luckily one of the young dive masters spotted us with binoculars from the top deck, waving our arms, and came out in a dingy to rescue us.

That night at dinner, there was a celebration of his valor, and mocking our teenage naivety. I learned that night that I could really get swept away, literally, with the awe of scuba diving. Also that being constantly mindful is not just an idea that they teach you when you are completing certification.

The last diving day - the grand finale of the trip - was a drift dive along the Cay Sal Bank's south wall. I hadn't been on a drift dive before, but after a week of diving, the dive masters felt that most of us were ready. After the recent mishap- where my brother and I nearly floated to Cuba - I really paid attention to instructions.

As we plunged in, the current along the wall was fierce. We were instructed to keep our eyes on the boat above as we drifted, to stay under the boat as much as we could, and to not exceed around 120 feet of depth. The wall rose to about 70 feet below the surface as we swished along its rim - the ocean below our fins over 1,000 feet of dark abyss.

The drift lasted for some time and eventually I became more oriented and went deeper and deeper to push the 120-foot limit. I crossed my fins, held my knees, and leaned back in comfort. The water held me. This was probably the closest I will ever feel to being in space and it was exhilarating. I still think of how it felt to ride along that current. To this day I want to go back, and dive those exact dives, and drift that same wall just off Cay Sal Bank.

A Travel Guide on Scuba Diving in the Bahamas

A Guide to Scuba Diving in Cuba