Sri Lanka is an island country off the southern tip of India and otherwise known as ‘the Pearl of the Indian Ocean’. The country has an ancient history and for millennia has been at the crossroads of historic shipping lanes, the Silk Road and other trade routes. Besides a rich cultural tapestry, the country also has many wildlife reserves, is famous for its elephants as well as its culinary delights and tea plantations.

Tropical waters surround the nearly 1600km / 1000 miles of coastline, and are a home to an incredible range of marine life from the largest mammal on earth, the blue whale, to the tiny the tiny sea slug. Sri Lanka is one of the few places in the world to see blue whales, with Mirissa in the South and Trincomalee as increasingly popular destination.

The most popular places to dive include Trincomalee, Batticaloa on the East Coast, and Negombo, Kalpitiya, Colombo and Hikkaduwa on the West Coast. East Coast diving is from April / May through to October and West Coast diving from October / November.

Dive sites cover many coral reefs and wrecks, with warm water (approx 27 to 30 degrees) all year round, so diving in a shortie 3mm wetsuit is sufficient. However for deeper dives, particularly those out to sea, a full length wetsuit is more comfortable. 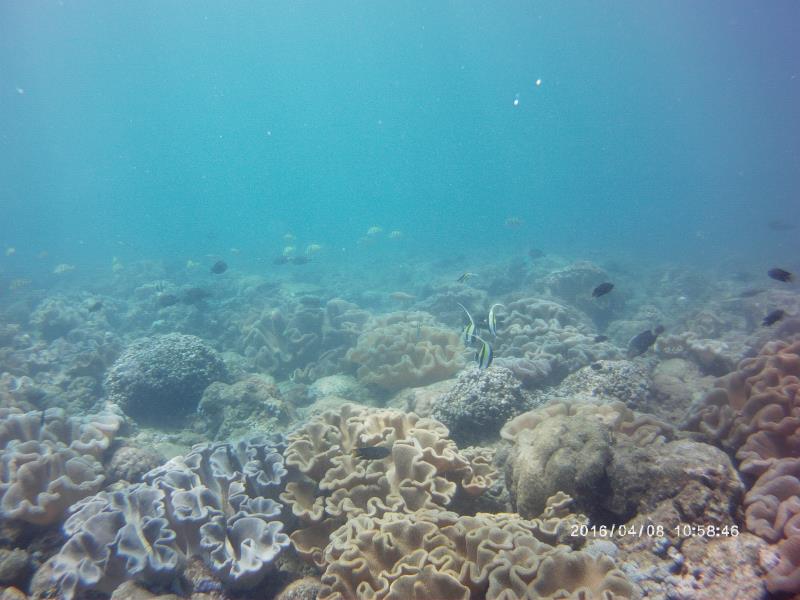 The marine life on the Sri Lanka Coast is typical on the Indian Ocean where you can find a diverse range of species including anenomefish, bottlenose dolphins, blue whales, sea turtles, jelly fish, stingrays, sea snakes, worms and stonefish. Many of these reside close to the shorelines and reefs where you can also find moray eels, several species of rays and barracuda. 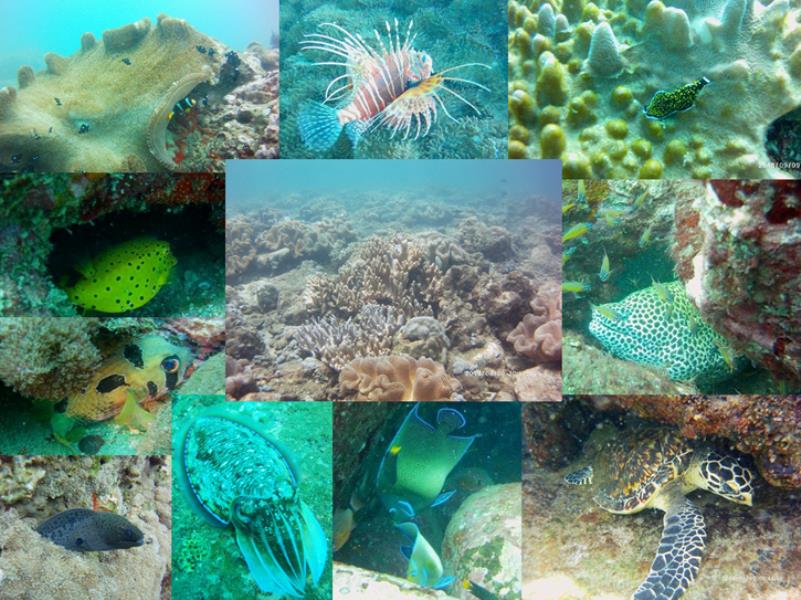 Trincomalee is the main destination on the East Coast of Sri Lanka for recreational scuba diving. There are great breaches and there are plenty of sites for snorkeling and diving to enjoy the coral reefs and sea life. One of the best dives is at Swami Rock where in addition to all the marine life, statues from the temple destroyed in 17th Century can be seen. The area has a number of dive sites where underwater masonry and other features can also be viewed. The famous Arthur C Clarke noted in his 1957 book ‘the Reefs of Taprobane’) that at the time, they were probably the most photographed underwater ruins in the world. Trincomalee is also becoming very popular for dolphin and whale watching. 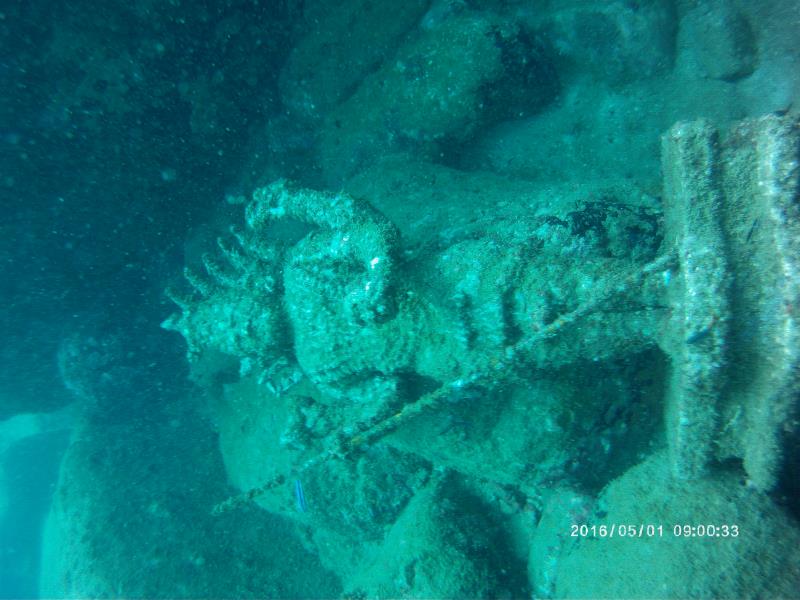 Around the area are also scenic rock formations to be explored alongside an array of marine life. Turtles can often be seen as well as stone fish – so always important to remain mindful when diving.

Batticaola is also famous for diving in reference to HMS Hermes, the British air craft carrier which was the world’s first purpose built and was sunk during the Second World War in 1942. This dive is a technical decompression dive, and is only available to suitably qualified technical divers. It is said to be one of the best wreck dives in the world and is a protected war grave.

In Passikudah, you can see HMS Sergeant which lies at 24m and is about 100m in length. The ship is lying on its port side broken in half with about a 10m gap in between. This ship was sunk at the same time as HMS Hermes and provides a number of penetration points and windows.

There is diving all along the West Coast of Sri Lanka with great beaches and many beautiful dive sites covering a variety of reefs and rock formations to explore.

One notable example is the ‘The Third Reef – The Last Frontier’ which divers staying in Negombo can enjoy. This is the best diving in the area, 22km from land where dolphins can also be seen. Other dive sites on the ‘Second Reef’ also offer great opportunities to see stingray, octopus, and full range of reef life, and with being just 30 minutes or so from the International Airport, Negombo is a great place to start a tour in Sri Lanka.

For wreck diving, Colombo is arguably the best place where there are dozen wrecks ranging from 30 meters to 57 meters, so suitable for both recreational and technical divers. The wrecks range from a World War One Armed Merchant Ship to a brand new ship recently sunk in 2009.

Kalpitiya is most known for dolphin and whale watching, but there are also some very nice reefs to enjoy. Hikkaduwa is another popular destination which offers a number of dive sites with scenic rock formations . Other places include Beruwala, Galle / Unawatuna and Weligama.

Colombo Bandaranaike International Airport is where you will land in Sri Lanka. Travel into the capital Colombo is quick as is to Negombo which is nearby. Travel times to locations south of Colombo have also reduced to a new motorway build in recent years. Travel to the East Coast is longer where motorways have yet to be built. If travelling by car or bus to Trincomalee, this can take 4 to 6 hours from Colombo depending on time of day. The train takes longer (about 7 hours) but is also scenic. Another option for quicker travel to the East is to use one of the domestic airlines with regional airports in places such as Colombo, Kandy, Sigiriya, Trincomalee and Batticaloa. Flying between Colombo and Trincomalee takes 1 hour.

Regional airlines such as Cinnamon Air and Helitours

Since diving on the East Coast is concentrated in Trincomalee and Batticaloa, it is easy to find dive centers there. For the West Coast examples include Taprobane Divers in Negombo, Kalpitiya Diving in Kalpitiya, Island Scuba in Colombo, Ypsylon Diving Centre in Beruwela, Poseidon Diving in Hikkaduwa, Unawatuna Diving Centre in Unawatuna and Weligama Bay Dive Centre in Weligama.