Justin’s cave is a popular dive site in the Atlantic side of the Cape Peninsula. The site consists of huge granite boulders that create swim-throughs, walls, gaps and overhangs, and there is an old anchor that is worth exploring. Between the rocks divers can find sea urchins, starfish, mussels, sponges and sea cucumbers. The colors at this dive site can be spectacular, especially with good visibility- it’s best dived in the summer.

Castle Rock is a beautiful unspoiled dive site, situated in a marine reserve on the east coast of the Cape Point Peninsula, with quite an abundance of marine life. The site is covered in sponges, sea fans, kelp forest, sea urgins and anemones with plenty of fish life that call this place home. Search between the rocks and corals for octopus, nudibranchs, and brittle stars, and look out in the blue for the occasional shy shark. Dive site Pyramid rock, close to Castle Rock, is a popular kelp forest dive site. The main attraction here is the chance to see the spotted sevengill cow shark, gully shark and shy shark. But even without a shark sighting, this is an excellent Cape Town dive site, with lots of rocks to explore, swim throughs and tons of soft corals.

The Smitswinkel Bay wrecks, a highlight in Cape Town wreck diving, are a group of five ship wrecks in good condition that now form an artificial reef. The wrecks are located relatively deep, between 22 and 36 meters and it’s recommended to take a dive light to see the colorful growth on the wreck better and explore holes and dark corners. This site is located on the eastside of the Cape Point Peninsula, south of the Castle Rock dive sites.

Steenbras Deep, a Gordons Bay dive site close to Cape Town, is a fantastic dive site that can be dived year round and offers something exciting to see every time. Covered in giant sea fans, sponges and anemones, this site has an abundance of fish life, including the Red Roman, hottentot, shy shark and pyama shark. Divers should have a look out for rare nudibranchs species like the purple lady.

Shark cage diving in Cape Town happens in False Bay. Although the sharks can be seen all year, cage diving is most spectacular between May and September, when divers can see the great white at Seal Island, including the famous jump. 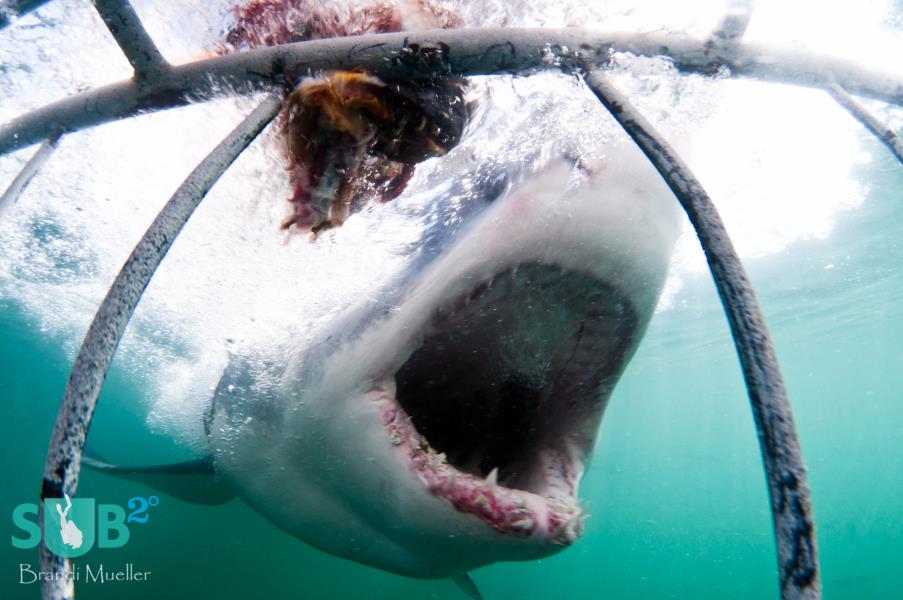