All about the magnificent Ribbon Eel

The Marine Drag Queen...
The ribbon Eel is the only member of its genus. Scientists thought for a long time that there were 3 types of ribbon eel, the black, the blue, and the yellow species. But now we know they form a unique species changing sex and colour during its lifespan!

Ribbon eels can live up to 20 years, and can grow up to 1 meter long. The biggest individual observed measured 1,30 m. 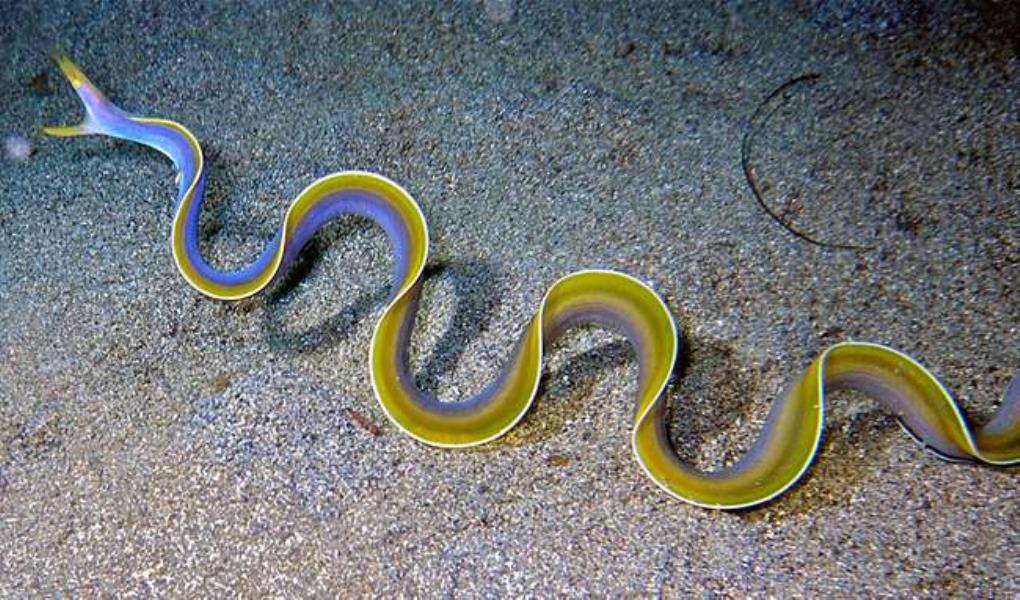 You can find the Ribbon eel in sandy areas around reefs and lagoons of the Indo-Pacific Ocean. It can be found in very shallow waters down to 60m.
It usually stays in the same cave for months or even years and two individuals (usually adult males) can be seen sharing the same hole.

​The ribbon eel is a carnivore which preys on small fish and other animals that swim too close to their hole. They can be generally observed poking their head out of their hole waiting to catch prey as it wanders past.

3) ITS COLORATION TELL ITS GENDER

Every individual is born as male.
Juveniles and sub-adults are black with a yellow dorsal fin. When they reach adulthood, they keep the yellow fin but the body turns blue and starts developing female reproductive organs.
​When they reach their full size, they turn into female and change their color to complete yellow.
They will then find a mate, lay their eggs, and die within a month.

It is due to their short lifespan that the female ribbon eels are rarely observed.

The ribbon is the only protandric hermaphrodite eel, meaning they are capable of changing sex to female if there is a shortage of natural females in the environment.

Did you know that the major threat of this species is the aquarium trade??
While writing this post, I found more websites giving advice about keeping the animal alive in captivity, or selling them, than information about the animal itself... Better to leave them in their natural habitat and observe them while scuba diving, don't you think...?
Come see them in Myanmar while they are still around...
READ MORE MARINE ADVENTURES ON OUR BLOG