Directory of 0 Dive Sites or Spots for Scuba Diving in Southeast Islands Exuma, The Bahamas

The islands that make up Exuma are where a vast majority of the natives of the Bahamas resided before Columbus ever sailed the ocean blue, and long before that period in human history. The Bahamas are an ancient coral reef bank that has sunk under its own weight. It is reported that some 4,000 plus feet of ancient reef lies beneath the modern living reefs that we enjoy diving today. The Bahama Bank offers world class diving and the Exuma Islands are a classic place to explore some of the best scuba diving that the Bahamas has to offer. The Exuma cays extend over 100 miles, running in a nearly straight line northwest to southeast.

There are many established dive sites off the northern Exuma Cays. It’s worth hiring a liveaboard and really exploring this amazing central Bahama location. The Exuma islands have been the filming sites for two James Bond movies – Thunderball and Never Say Never Again. Great Exuma to the south is the largest island, making up the Exuma chain, but many amazing dive sites are in the northern realm of the Exumas along the many small cays. Off Norman's Cay, there is the dive site called Cracked Coral Head, a great dive site remote from any signs of civilization and abundant in coral and marine life. You will likely dive with stingrays, hammerhead sharks, brilliant French angelfish, dolphins, and - if you are lucky- abundant lionfish. Just north of Norman's Cay is Exuma Cay Land & Sea Park, a reserve protecting the amazing reef and its marine inhabitants. Just to the north of the Norman Cay area you get to Highbourne Cay, where you can dive sites named Herman's Reef and Highborne Cay Wall. The list of established dive sites and yet unclassified dive sites in the Exumas is endless.

Moving east to the Bahama border with the Atlantic Ocean is the famous island of San Salvador, where Columbus reportedly first landed. There are amazing dive sites to explore on the calm lee side of San Salvador, where the water is typically visible as far as 150 feet! Offshore from the town of Cockburn is the Cockburn Town Wall. Starting just 40 feet underwater, the wall is an amazing scuba diving site to explore. Just off the northeastern shore of San Salvador is Green Cay, a small island whose reef grounded the Brig Enterprise Wreck back in 1832. Another wreck dive in San Salvador worth diving is the Frasgate Wreck out in Bonefish Bay in 1902.

There are countless islands, islets, lagoons, blue holes, walls and small cays to explore in the vast territory of the Bahamas. The warm waters and high visibility make it ideal for underwater exploration. There are hundreds of established dive sites through the southern zone of the Bahamas but thousands that have yet to be swam and explored. 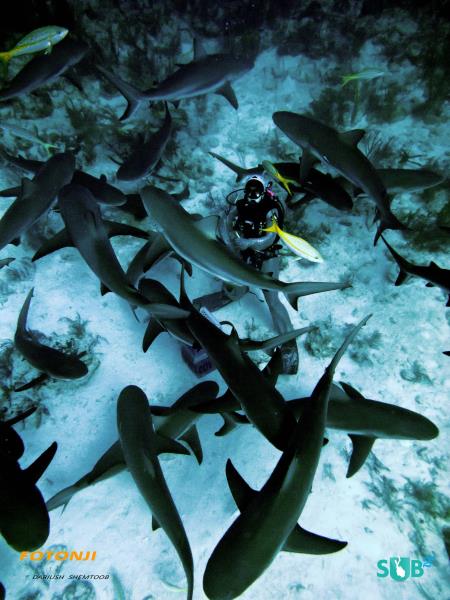