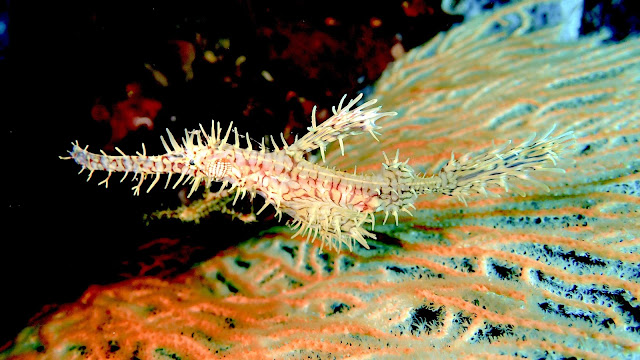 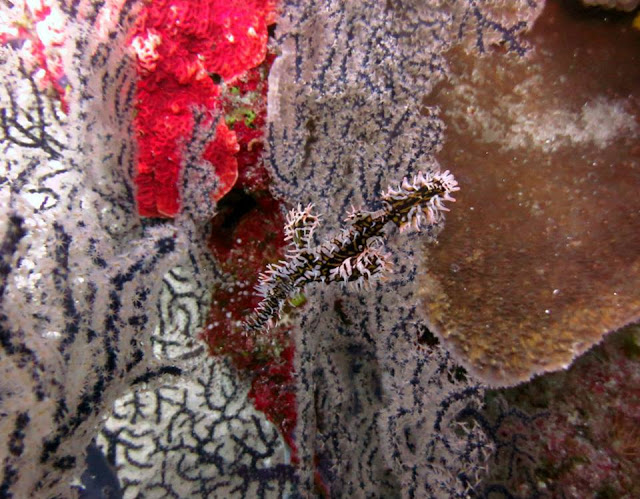 What this will be is a quick guide to some of the amazing fish we see when diving in the waters off Phuket Thailand. Different fish will be featured everyday and as the Similan islands season is about to start too these fish will be for sure seen in these waters too. The scuba diving around Thailand Phuket is some of the best you will find anywhere. From the shallow bays of the Racha Islands that are perfect for people who want to discover scuba diving Phuket is ideal. Then again the sloping reefs are ideal location for people who want to learn to scuba dive Phuket has dive sites for all levels of diver. Then as many experienced divers will know that just to the north west of Phuket lies the Similan islands and these are normally done on a liveaboard trip for 2-4 days. This is by far the best diving Phuket has and the nicest way to get the most out of the diving as it gets you (on the 3 or 4 day trip) to have a day diving Richelieu rock which is situated just north on the Similans and is part of the Surin islands national park. Phuket liveaboards to the Similan islandand other destinations are available from all good Phuket dive center. 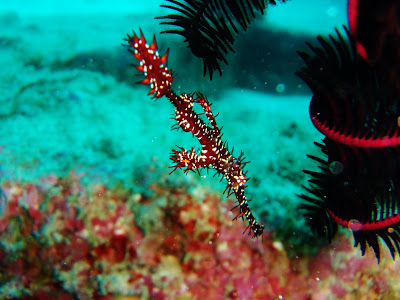 Pipefish (Syngnathidae) are small fish, which with the seahorses, form a distinct family. Pipefish look like straight-bodied seahorses with tiny mouths.
Today is the turn of the pipe fish. This is a macro photographers dream. They are in themselves a very attractive fish and they also tend to live in very attractive location too. Big sea fans and soft corals are always a good spot to have a look. The other great thing is they can often be found with their young in tow too. There are so many great places to go scuba diving Thailand will give you a great chance to see these little guys. Not all dive sites and trips will get you to the right locations but as these guys never travel too far that any good Phuket dive shop will be able to advise you on the dive trips where you can see them.

The name is derived from the peculiar form of their snout, which is like a long tube, ending in narrow and small mouth which opens upwards and is toothless. The body and tail are long, thin, and snake-like. They have a highly modified skeleton formed into armored plating. This dermal skeleton has several longitudinal ridges, so that a vertical section through the body looks angular, not round or oval as in the majority of other fishes. A dorsal fin is always present, and is the principal (in some species, the only) organ of locomotion. The ventral fins are constantly absent, and the other fins may or may not be developed. The gill-openings are extremely small and placed near the upper posterior angle of the gill-cover. Most of the pipe-fishes are marine, only a few being freshwater. Pipe-fishes are abundant on coasts of the tropical and temperate zones. Most species of pipefish are less than 20cm in length and generally inhabit sheltered areas in coral reefs, seagrass beds and sandy lagoons. Many are very weak swimmers in open water, moving slowly by means of rapid movements of the dorsal fin. Some species of pipefish have tails that are prehensile as in seahorses. The majority of pipefishes have some form of a caudal fin (unlike seahorses), which can be used for locomotion. There are species of pipefish with more developed caudal fins, such as the group collectively known as flag-tail pipefish, are quite strong swimmers. There are approximately 200 species of pipefish. 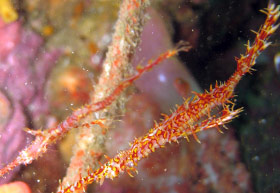 Pipefish, like their seahorse relatives, leave most of the parenting duties to the males. Courtship tends to be elaborately choreographed displays between the males and females. Pair bonding varies wildly between different species of pipefish. While some are monogamous or seasonally monogamous, others are quite gregarious. Many species exhibit polyandry, a breeding system in which one female mates with two or more males, and are thus sex-role reversed. This occurs because males invest more energy in the offspring than do females, as a result of male pregnancy. This tends to occur with greater frequency in internal brooding species of pipefish than with external brooding species. Male pipefish have a specially developed area to carry eggs, which are deposited by the female pipefish. In some species this is just a patch of spongy skin that the eggs adhere to until hatching. Other species have a partial or even fully developed pouch to carry the eggs. The location of the brood patch or pouch can be along the entire underside of the pipefish or just at the base of the tail, as with seahorses. Young are born freeswimming with relatively little or no yolk sac, and begin feeding immediately. From the time they hatch they are independent of their parents, who at that time may choose to view them as food. Some fry have short larval stages and live as plankton for a short while. Others are fully developed but miniature versions of their parents, assuming the same behaviors as their parents immediately. 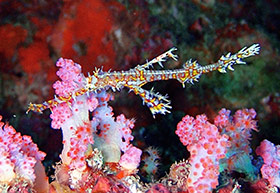 General
It is the case that pipefish possess a swimbladder. The literature on its size and positioning is very scant, with an aged volume dating from 1934 the only known publication containing specific information. The laterally-flattened spheroidal swimbladder is approximately 1/25 the length of the whole animal and apparently highly acoustically reflective at commercially important frequencies. This appears to apply to juveniles also. 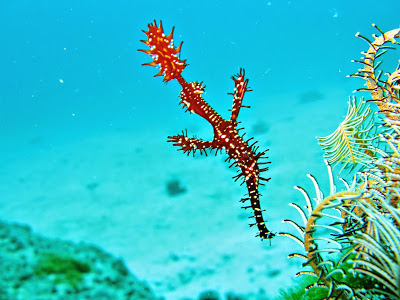 The pipe fish do make amazing photos as they are easy to shoot as they dont move very fast. If anything the just seem to drift from one side of the plant or coral that they live on to the other. The great thing about diving in Phuket is that you dont need to go too far to see them as they are in easy reach of all open water divers which means that you can see them when you learn to dive in Phuket. Just ask the guys in the Thailand Divers office where are the best locations to see these stunning fish and they can point you in the right direction. But you can always go a step better and go on a Phuket liveaboard and spend a couple of days enjoying some Similan island diving. For any certified scuba diver with an open water license or above can join any of the Similan islands liveaboards and have a few days diving some of the best dive sites in the world. These range from an over night trip to a massive two week trip. No matter how long a trip you want or what ever your budget then there will be a trip for you as all good dive center phuket has some really good ones who have trips departing everyday and for all price ranges too. Here you will see many fish as good as the ornate ghost pipe fish of all colours. Diving in Phuket Thailand will really take some beating. 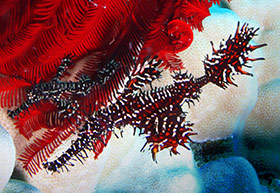