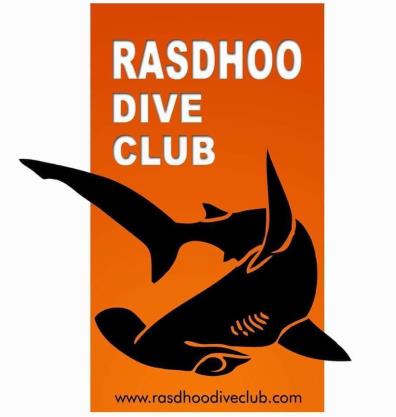 No dive logs have been tagged to Rasdhoo Dive Club yet. Would you like to be the first?

Looking for the best diving in Rasdhoo? The Rasdhoo Dive Club prides itself on its skilled, professional team, dedicated to giving you the best underwater adventure while exploring the wonders of the beautiful marine life in the Maldives.

Our business is 100% locally owned, allowing us to offer a relaxed and friendly service. The Dive Club philosophy is to take small groups for relaxed, private dives, with all the hospitality of local culture.

Our home is the small atoll of Rasdhoo, consisting of four islands and three sandbanks. It lies off the north-eastern corner of Ari Atoll, about 33 nautical miles west north-west of Male. The close proximity to North Ari atoll makes it easily accessible to some of the Maldives’ most legendary dive sites, but far away enough from the bustle of Male to bring tranquillity and undisturbed marine life.

The islands of Rasdhoo include two resort islands (Kuramathi Island Resort and Veligandu Island Resort) one local inhabited island (Rasdhoo) and one uninhabited picnic island. The islands are linked by a long reef like a ring. Rasdhoo is divers’ heaven, boasting many dive points which can be reached by speedboat in less than 20 minutes. Rasdhoo also has the advantage of being close to North Ari Atoll which features some of the famous Maldivian dive points, such as Maya Thila and Fish Head.

It is possible to dive in the Maldives all year around. The wet Season with rain, winds and waves runs from May to August reducing the visibility, but diving is still good it is usually heavy short rains followed by sunshine.

The best visibility and dry weather is from December to March.

The hottest season is from April to June.

The high plankton density in May reduces visibility but does attract Manta Rays and Whale Sharks!

The best season for scuba diving is from January to April with very good visibility and excellent sea conditions.

Maldives Review text is required Review etiquette
Review rating is required
Please try to be objective and avoid using personal interactions as the basis for a positive or a negative review. Any professional members using the service to gain a competitive advantage over their competitive will be banned from the service.
At least one dive site or dive shop is required for review Add Media Done 0 selected
Tweet