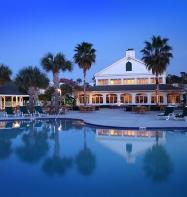 No dive logs have been tagged to Plantation Dive Shop yet. Would you like to be the first?

Our Central Florida golf resort and spa in Crystal River is a one-of-a-kind escape from the busy day-to-day. Originally constructed in 1962, it was brought into the limelight by a wealthy Texas developer by the name of W.W. "Will" Caruth Jr., a man who focused just as much on developing good will and harmony with nature as he did on developing new properties. In fact, to this day, the Caruth Foundation gives millions of dollars to organizations seeking cures for diseases, and donations to municipal police departments and community development. After its construction in the Sixties, the Plantation on Crystal River stood alone along Florida's "Nature Coast" as a testament to elegance, southern hospitality, and natural splendor. However, as the Gulf Coast of Florida began to grow, it became clear that our Crystal Florida hotel was due for a reinvigoration of its spirit and energy. In 1975, enter Will Caruth who purchased the property and added an assortment of upgrades, while still maintaining its charm of a bygone Florida era. Caruth’s dedication to the Plantation’s new improvements were once again realized in 1998 with a $4-million re-design, including an additional $2.5 million invested on hotel rooms the very next year. Furthermore, the trend of continual upkeep and renewal at the Plantation on Crystal River would be reinstated in 2005 with a major capital improvement plan to the tune of $6.2 million, and again with its purchase in late 2010 by investors lead by Scout Real Estate Capital LLC.