Directory of 14 Dive Sites or Spots for Scuba Diving in Gulf of Mexico, Mexico

Established scuba diving sites around the Mexican state of Veracruz are not well known. The waters are clear, the marine life and reef is flourishing, and the palm trees blow in the wind, giving that classic Veracruz sound. The visibility and color of the water is exceptional and warm. As you travel south along the Gulf coast, the waters get clearer and bluer as you get away from the sandier, cloudier waters of the northern shores of the Gulf of Mexico, along the Texas shore for example. The reef system offshore from the Veracruz coast is great for scuba diving and still a hidden treasure in Mexico. The reef off Veracruz is a designated Marine National Park.

Many ships have sunk in the last five centuries near the port of Veracruz. There are five notable wreck dives that not only offer great wreck diving, but most are on beautiful reefs that are thriving with marine life despite the pollution and high traffic port.

On Blanquilla Reef just north and out from the Port of Veracruz is the site of the USS Tacoma wreck. Found in just 10 meters of water, the US patrol ship sank in a heavy storm off the reef of Veracruz while on patrol in January 1924. The wreck called Riva Palacio lies in 28 meters of water, off the Anegada Reef and Isla Verde out in the port of Veracruz. The minesweeper was originally part of the US Navy and was called the USS Jubilant. The ship was sold to the Mexican Navy in 1962 and eventually named the Riva Palacio before finally being sunk off shore from Veracruz as an artificial reef in 2000. Another shipwreck known as El Hidalgo lies out past the port near Isla Verde. This wreck dive site is only a 30-minute boat ride, and is a great dive for beginners. These three wrecks are all within about a 30 minutes boat trip from Veracruz. Out past the hustle and pollution of the port, you will be surprised how clear it is. Divers report seeing trumpet fish, huge Nassau grouper and abundant schools of red snapper and many other marine life that thrive in the sanctuary of the wrecks and the surrounding coral reef.

A bit further south and out from the port of Veracruz are two other dive-able shipwrecks worth hiring a boat to check out. The Maria Elena wreck is found on the northern end of the large Anegada reef. The wreck El Rielero is on the other end of the Anegada reef to the south. Both wreck dives are suitable for intermediate level divers, and when the currents are low, which they often are, beginners can enjoy these wrecks with relative ease.

North of Veracruz are known dive sites that are worth planning a trip to explore. Arrecife Los Amarillos (the Spanish word “arrecife” translates as “reef”) is a great reef to explore. Located offshore and just north of the isolated Chachalacas Dune field, the Los Amarillos dive site is only about 20 minutes up from Veracruz along the shore. There you will swim with tarpons, eagle rays, octopus and see lots of coral and anemone. There is a 120-foot drop off at the Los Amarillos dive site, ideal for observing large fish such as grouper, shark, and schools of snapper.

South of the city of Veracruz and within the southern realms of the state of Veracruz is the city of Coatzacoalcos, an industrious port city not far from the border of the Mexican state of Tabasco, which marks the beginning of the Yucatan peninsula region. Offshore from Coatzacoalcos and to the south, there is the dive site Punta Gorda. With a maximum depth of about 40 meters, Punta Gorda is a paradise for soft and hard corals and the many smaller fish that inhabit the reef. The visibility at Punta Gorda is notoriously exceptional, making it a great dive site for intermediate level scuba divers looking to explore off-the-beaten-path scuba dive sites along Mexico's Gulf coast. 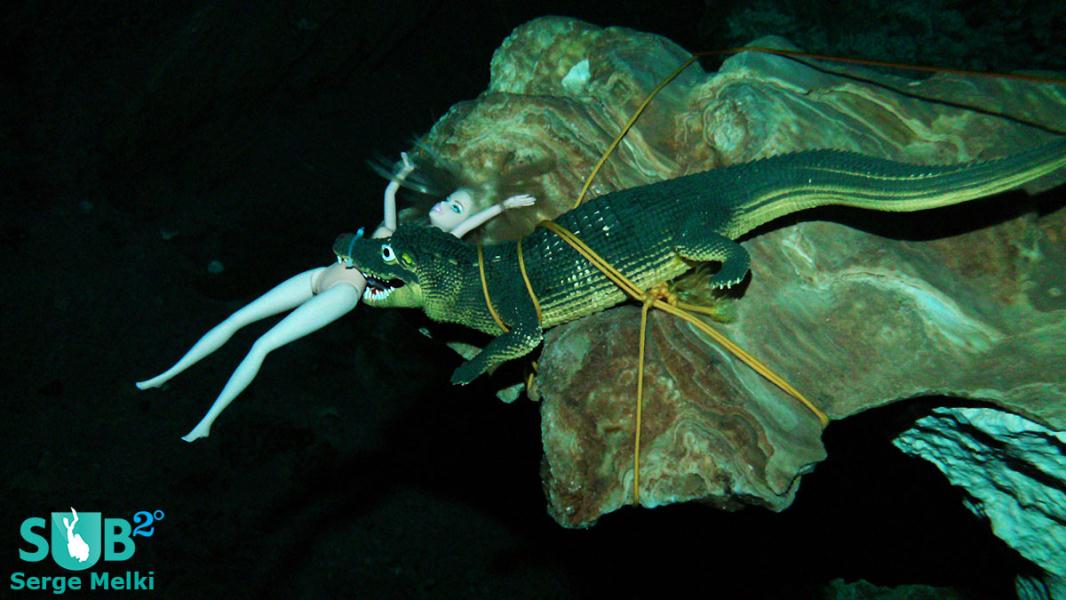