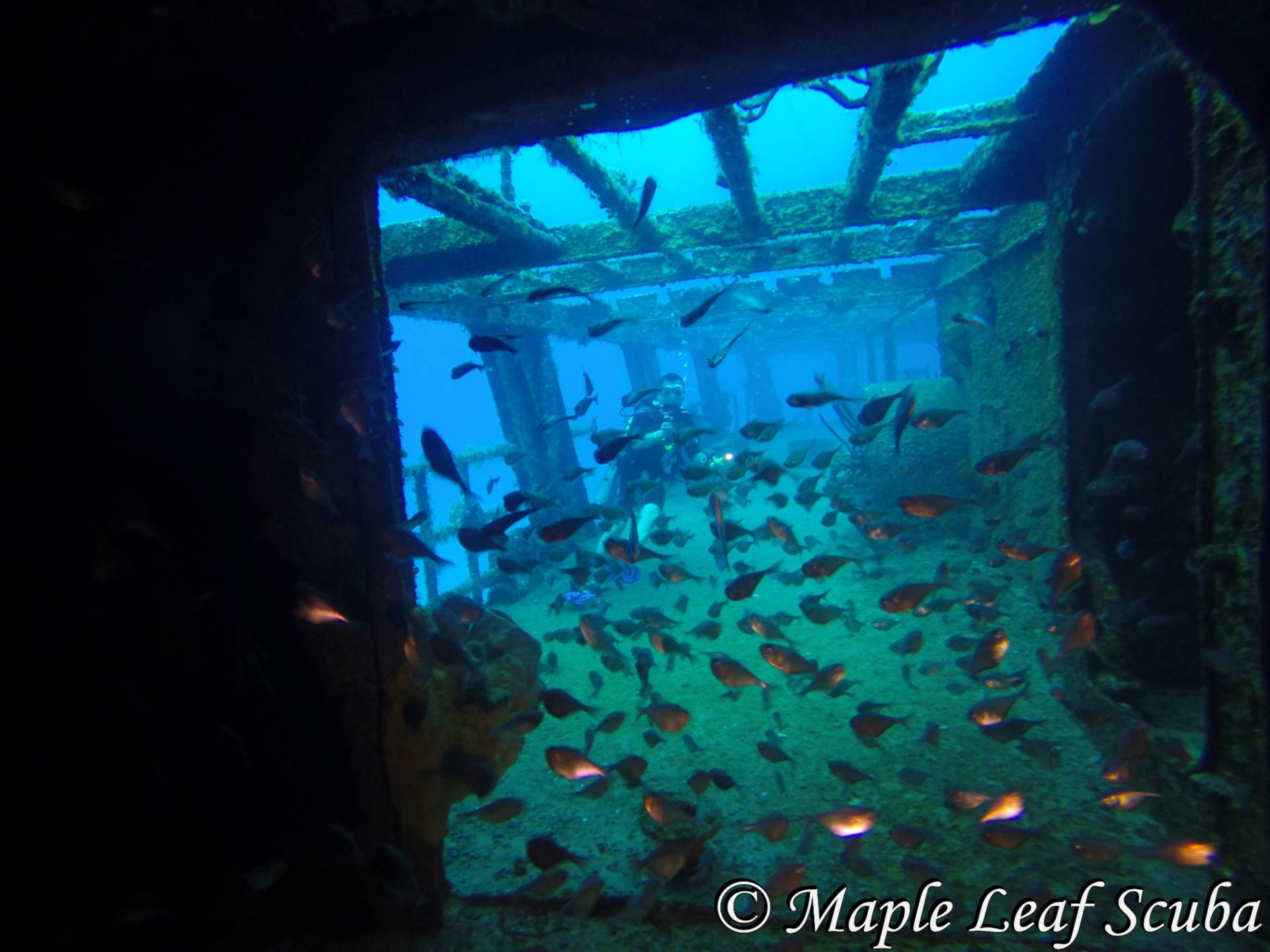 In Cozumel, there are a few sunken ships that are interesting dives and worthy of a dive on your next visit here. One of those ships is the C-53 Felipe Xicotencatl.

HISTORY OF THE C-53 WRECK

The C-53 was originally built in Tampa in 1944 at the Wilson Marine Ship Works as a mine sweeper for service during World War II named under Scuffles. After the war in 1946, it was decommissioned.

In 1962, the C-53 was discharged and sold to the Mexican Navy. It was converted into an Admiral Class Gunboat and retitled ARM General Felipe Xicoténcatl (C53). It was named after Felipe Santiago Xicoténcatl, who was a General in the Mexican Army under President Antonio López de Santa Anna.

It was purchased for the sole purpose of guarding the Gulf of Mexico and the Caribbean Sea in search and rescue operations and the surveillance of illegal arms and drug trafficking.

Felipe Xicoténcatl (Cozumel C-53 shipwreck) provided 37 years of assistance to the Mexican Navy and was finally retired in 1999.

The location chosen for the wreck is just offshore from Chankanaab Park. The site was selected for many reasons including easy access for divers in an area sheltered from stronger currents normally common in the area. It was lodged on a big sand bar where the ship would not cause any damage to the existing reef structures.

WHAT INSPIRED THE SINKING OF THE C-53

Sinking the C-53 as an artificial reef and dive attraction was designed and carried on by the ANOAAT (Cozumel Watersports & Tourism Association), in collaboration with local dive shops and the Parque Marino Arrecifes de Cozumel. The inspiration came from another place where ships had been successfully sunk by and for divers – Canada. This project started in 1998 at a DEMA show, Canadian folks were making artificial reefs for their diving areas by getting old boats from their government, cleaning and preparing them for sinking and diving them which inspired Cozumel to do the same.

The plan behind its intentional sinking was to create an alterative dive site to help alleviate the already heavy traffic on nearby reefs.

The C-53 is an easy to explore wreck with large openings to penetrate; however, the site is known to have the occasional strong current, often making it sometimes a bit challenging to navigate.

It has easy access from all sides and at a depth that can be dove as a first or second dive.

WHAT MARINE LIFE WILL YOU SEE?

Inside you may see a giant Green Moray Eel along with Glassy Sweepers in the dark passages and depending on the season shoals of sardines. Sponges and coral are starting to form thick colonies on the metal of the wreck. Look carefully for tiny blenny's, starfish and cleaner shrimp.

The exterior of the wreck remains relatively clean, most likely due to the currents, but it boasts a great variety of marine life and sponges. Large schools of barracuda frequent the site along with groupers, morays eels and a wide variety of other reef fish.