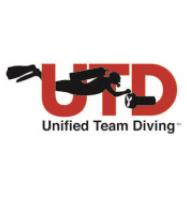 Founded in 2009, Unified Team Diving (UTD) is both a SCUBA diving training agency and equipment manufacturer that incorporates DIR/Hogarthian principles into its training and manufacturing, and provides them with up-to-date teaching methodologies and high standards, not to mention a community for like-minded DIR/Hogarthian divers.

Doing It Right (DIR) is a holistic approach to scuba diving, encompassing essential diving elements like skills, fitness, teamwork, and the use of streamlines and minimalistic equipment configurations. With DIR, safety is improved through standardizing equipment configuration and dive-team procedures that prevent and deal with emergencies.

DIR principles were derived originally from the cave diving community, with the objective of conducting high-risk environment dives, including deep, long duration and exploration of previously unknown parts of a very large cave system.

The roots of Unified Team Diving's philosophy and principles can be found in the Hogarthian/DIR equipment configuration and its covenants. Hogarthian was a minimalist approach to a gear configuration in the early 1990s but those that adhered to it, still kept a diving ideology of "each diver" or a “thinking diver”, who should configure their own way.

UTD requires significantly more in-water work than the bulk of other dive training agencies in the granting of certifications.

UTD currently has a presence worldwide including Europe, US, Mexico, Russia, South America, Africa, Australia and throughout Asia Pacific, including China.

Please note, we are in no way affiliated with UTD. We have manually aggregated information about them, the certificates they offer and their contact info. For most upto date information, please visit www.unifiedteamdiving.com/.