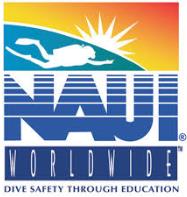 The National Association of Underwater Instructors (NAUI Worldwide) is the largest non-profit and highly respected dive training and certifying organization in the world.

NAUI was founded in 1959 in Los Angeles, and has been teaching the world to dive safely ever since. In October 1961, NAUI was incorporated in the State of California as a non-profit educational organization. In 1997, NAUI Worldwide headquarters moved to Tampa, Florida. That year, its Board of Directors expanded to include European and Asian members. By 2001, NAUI had a complete association, and released award-winning, state-of-the-art, fully integrated educational systems for diver education and training.

Captain Jacques-Yves Cousteau, the inventor of the aqualung, was on the board of advisors of NAUI, as was Albert R. Behnke, a pioneer of diving medicine.

Many of the first generation of diving safety officers of the top universities, colleges and institutes of technology in the United States were NAUI members and made significant contributions to NAUI's programs.

NAUI offers some of the best training and educational products that reflect its core values of quality dive training through education. NAUI has a global reputation for having the highest training standards in the recreational diving industry, and are highly regarded for technical diver training.

NAUI’s courses widely range from Skin Diver to Instructor Course Director, including specialty courses like Nitrox and Technical diving. NAUI was the first recreational training agency to sanction Nitrox training in 1992. It also published standards for teaching technical diving in 1997, a practice that had been growing among NAUI members for several years. Their Technical Diving Division continues to produce new theories and research that keep NAUI on the cutting edge of technical diving.

A membership organization, headquartered in Tampa, Florida, NAUI has over tens of thousands of dive professionals, including instructors, stores, resorts etc. and dive training centers, covering over a third of the US market and even more of the international market share.

Please note, we are in no way affiliated with NAUI. We have manually aggregated information about them, the certificates they offer and their contact info. For most upto date information, please visit www.naui.org/.