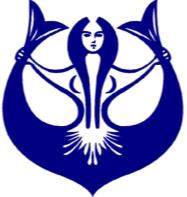 1959 in Founded in Monaco; Headquarters in Rome, Italy

The World Underwater Federation or Confédération Mondiale des Activités Subaquatiques (CMAS) is an international federation of underwater activities that includes over 130 federations worldwide and represents over 3 million divers.

CMAS originally stemmed from the International Confederation of Sport Fishing, the first association of fisherman, underwater hunters and divers, founded in 1952. A few members of this Confederation had decided to take over the underwater sport committee and form a purely underwater organization, which we now know as CMAS.

One of the oldest dive organizations in the world, CMAS was founded in 1959, with Jacques-Yves Cousteau, the underwater pioneer, present as the delegate of Monaco. He was elected President of the Executive Bureau until 1973, when Jaques Dumas succeeded him.

The vision for CMAS was ‘underwater diving and sports with no border’, and today, CMAS has grown to be a unique organization that represents the great international community of divers.

CMAS is a non-for-profit organization that is not only known for organizing international underwater sport events but also its technical and scientific research and development. It can be associated with elaborating one of the oldest and most extensive dive training systems.

The 3 main committees of CMAS are the Sports, Science, and Technical committees. The Sports committee focuses on all underwater sports, including organizing international underwater sports events and a Visual commission, which represents the sports of Underwater Photography and Video. The Science committee draws divers’ attention to important marine issues like invasive species, coastal ecosystems, and biodiversity observation.

Please note, we are in no way affiliated with CMAS. We have manually aggregated information about them, the certificates they offer and their contact info. For most upto date information, please visit www.cmas.org/.